There's a new, Chinese-owned, short-form video app on the rise, with TikTok-like Zynn hitting the top of the US App Store charts this week.

As you can see from these images, Zynn looks very much like TikTok, with almost identical visual style, and features like effects and video editing tools.

As per the app's description, Zynn's key functions are:

So it's TikTok, right? It's pretty much the same in every way.

So why is Zynn suddenly gaining traction?

As outlined in this tweet thread from Turner Novak of Gelt VC, Zynn's key differentiator is, essentially, an in-built pyramid scheme. 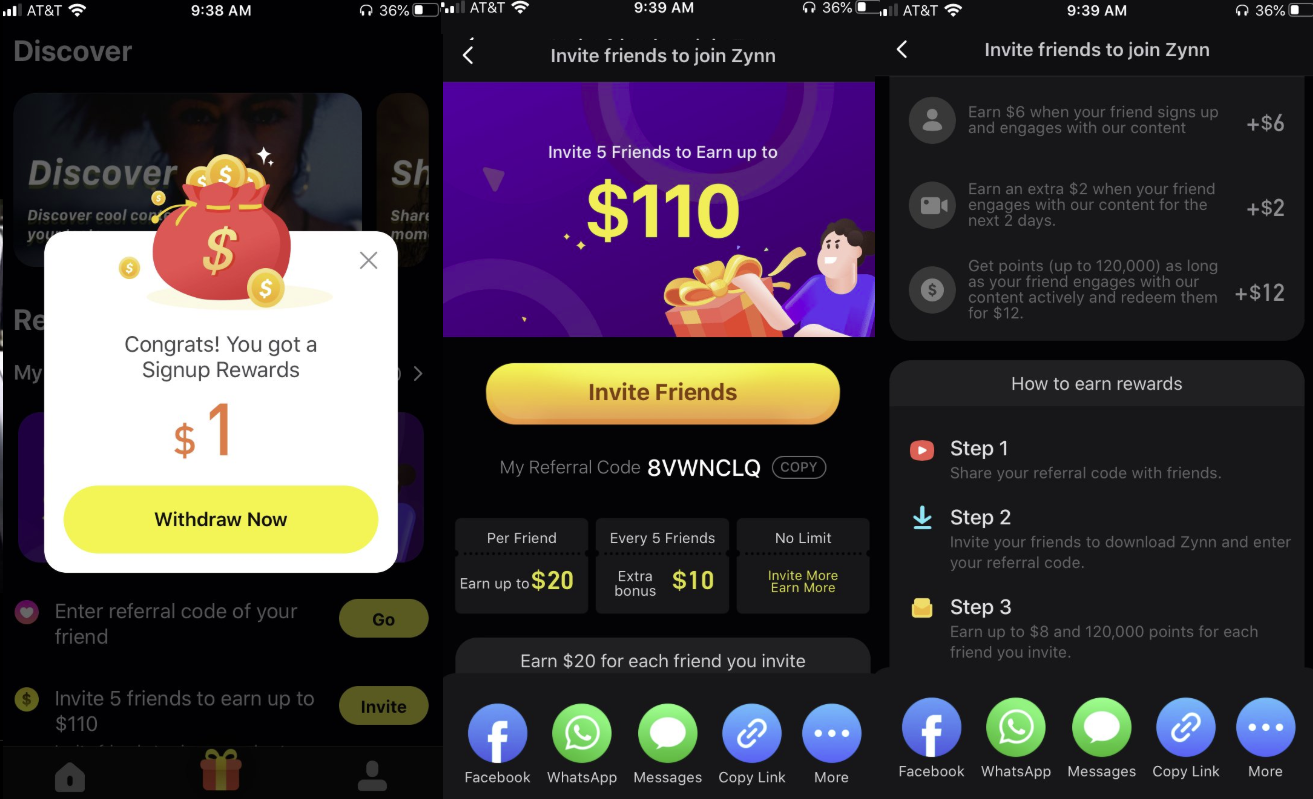 As you can see in these screenshots, you can earn in-app rewards by watching videos on Zynn, and inviting friends to the app. Those funds can then be used to purchase items in app, including a range of gift cards for the App Store, Walmart, Amazon, etc. Funds can also be transferred via PayPal, according to Zynn's advertising.

Given the amount of people currently out of work due to COVID-19, that could prove to be a major lure - and already there are a heap of YouTube videos in which Zynn users claim to have made thousands via the app.

The bigger picture is that Zynn is seemingly being funded by Kuaishou, which is a key rival for Douyin, the Chinese version of TikTok, as well as TikTok's parent company ByteDance.

As noted by Novak:

Kuaishou just raised $2b from Tencent in December '19, ByteDance's biggest rival in China.

If there is actually a Kuaishou connection, we could see Zynn and its crazy referral scheme stick around for awhile.https://t.co/qCanlhiYmu

That, potentially, makes Zynn a much bigger concern for TikTok - but it could also make both Zynn and TikTok much bigger targets for western regulators, many of whom were already highly concerned about a Chinese organization, in ByteDance, making a push into western markets, and gathering data on non-Chinese citizens.

If Zynn gains major traction, particularly through incentivized schemes like this, you can imagine that government groups will be keen to shut it down. But if they shut down one Chinese app, they may also have to shut down both - if the approach is that Zynn is working to gather data, and that's reason enough to block its access to western markets, then the same logic could also be extended to TikTok.

TikTok, of course, is working to distance itself from its Chinese roots. In announcing the appointment of Kevin Mayer as its new CEO recently, TikTok also noted that parent company ByteDance is actually now incorporated in the Cayman Islands, not China. So all good, right - TikTok's not even a Chinese company at all.

In practice, however, ByteDance seemingly remains governed by China's cybersecurity rules, which stipulate that it has to share data with the Chinese Government on request.

Basically, with the sudden rise of Zinn, western regulators will be like:

And aside from a new competitor, TikTok could also face even tougher scrutiny as a result.

UPDATE (6/9): According to a Wired, Zynn has been removed from the Google Play store amid allegations that it has duplicated content from other apps without creator permission. As Wired notes, it's not unusual for people to set up fake accounts impersonating celebrities on new apps, but many of the duplicate videos posted to Zynn were uploaded before the app was available to the public. Another twist in the Chinese video app rivalry.