Looking to strike while the iron's hot, trending video app TikTok has reportedly been pitching advertisers on a new interest-based ad targeting option, which would enable brands to reach specific subsets of the platform's young audience in order to maximize the performance of their promotions.

As reported by Digiday, TikTok is testing both interest-based targeting and pixel tracking, similar to the ad tools on other social platforms.

"These options would be in addition to targeting by age, gender, location, operating system and network on the device. Sales leaders at the short-form video app have been telling agencies it plans to release a beta version of its self-serve ad platform more widely in July, sources said."

Digiday says that TikTok is able to use video image recognition and user engagement as signals to help categorize audience interests, while it's also working on more specific data options, via pixel-type tracking, which would further enhance its categorization capacity.

According to reports, TikTok's planning to release segmented audience targeting along similar lines to Snapchat's 'Lifestyle Categories', which separate users into groupings like 'Automotive Enthusiasts' and 'Football fans' among other, more honed in, sets. 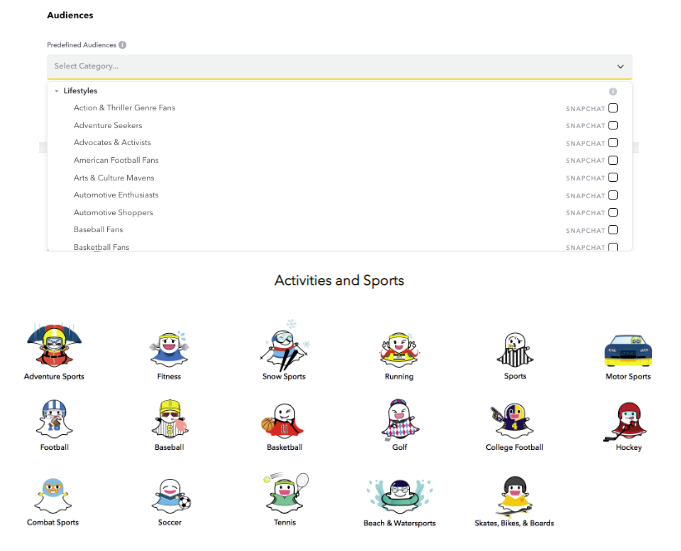 The addition would mark the next stage in TikTok's rapid expansion. Virtually unknown in Western markets till last year, TikTok has now been downloaded over a billion times, with 663 million of those downloads coming in 2018, according to data from Sensor Tower.

The app has more than 500 million active users worldwide, with a rising number of those coming from the US. Indeed, 42% of the app's revenue now reportedly comes from the North American market, while users are spending, on average, 46 minutes per day in the app.

Brands are, unsurprisingly, keen to tap into those trends, and TikTok, with the backing of parent company ByteDance, is moving fast to cater to that demand.

Whether the app is a relevant consideration for your business obviously comes down to your target audience - but given the popularity and resonance of the app, it's worth considering, and it may be worth experimenting with TikTok's ad options to see what results it's able to provide.

There's still some way to go before we know what, exactly, TikTok is. Is it just another fad app, or will it become a social media mainstay, a more permanent and viable option than the now defunct Vine? But the app is clearly popular with young audiences, which may make it worth tapping into, and worth keeping an eye on if that's your target market.

We'll keep you updated on any new developments as they come to hand.