With Valentine’s Day coming up next week (2/14), TikTok has issued a warning to its users to be wary of romance scams, where fraudsters target vulnerable singles, most commonly via social and dating apps.

“In 2020, losses from romance scams reported to the Federal Trade Commission (FTC) topped $304 million, climbing 50% from 2019. As a continuation of our efforts to encourage people to #BeCyberSmart alongside fraud awareness champions - including the National Cyber Security Alliance (NCSA), Identity Theft Resource Center (ITRC), About-Fraud, The Knoble, Wiser - Free Security Training, and Frank on Fraud - we admire TikTok creators for helping to shine a spotlight on the cruel intentions of so-called suitors that have long-plagued dating apps or other online forums.”

Romance scams are in the spotlight right now due to the recently released Netflix documentary ‘The Tinder Swindler’, which looks at the story of scammer Simon Leviev and his complex schemes designed to steal money from various women.

If you need a reminder of the risks, it’s worth checking out (note: Leviev is also, reportedly, active on TikTok).

For TikTok specifically, the platform has shared these tips:

Finally, TikTok advises that if something feels off, users should cut off all contact immediately.

“Fraud, scams, and bad business practices can also be reported to the Federal Trade Commission, FBI Internet Crime Complaint Center (IC3), and IRS Taxpayer Guide to Identity Theft in the US, along with Action Fraud in the UK. If you encounter suspicious activity in-app, report it to TikTok's Safety Center, and follow @TikTokTips for more ways to #BeCyberSmart.”

All scams are terrible, and have potential to cause significant harm, but those that target vulnerable people are even worse, and single people looking for a partner are often in a very vulnerable state, especially around Valentine’s Day when they’re being reminded of that lingering desire repeatedly.

Given this, it’s worth taking an extra moment of pause in such situations and considering these elements.

In addition to this, TikTok has also published a new one-sheeter on its various privacy and protection tools as part of its safer use initiatives. 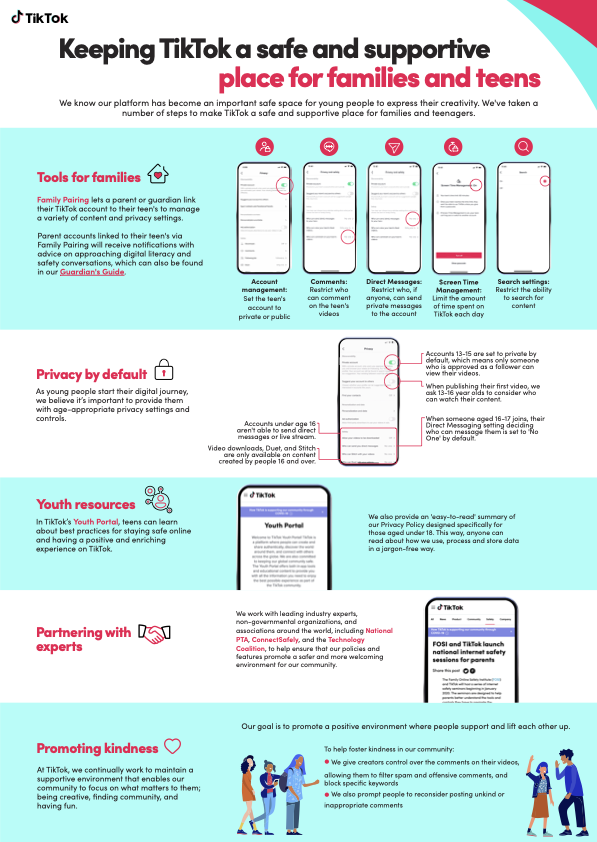 It’s worth taking all of these measures into account, and considering the impacts of your online interactions in all apps.