It's been a long time coming, but Twitter has this week announced the end of its SnappyTV live video editing tool, and the addition of LiveCut, it's replacement option, which is fully integrated into Twitter's Media Studio.

Never heard of SnappyTV? It's not available to everyone - SnappyTV is a dedicated tool which live video producers can use to create highlight clips from their broadcasts, in order to share them via tweet and boost engagement. If you've seen any sports highlights embedded within a tweet, they likely came via SnappyTV.

Twitter acquired Snappy TV in 2014, but back in 2017, the platform announced that it would eventually shut down SnappyTV in favor of a new, dedicated video clipping tool. That tool has now arrived, in the form of LiveCut.

If you are able to use Media Studio, when you log in, you'll get a new notification of the LiveCut update. 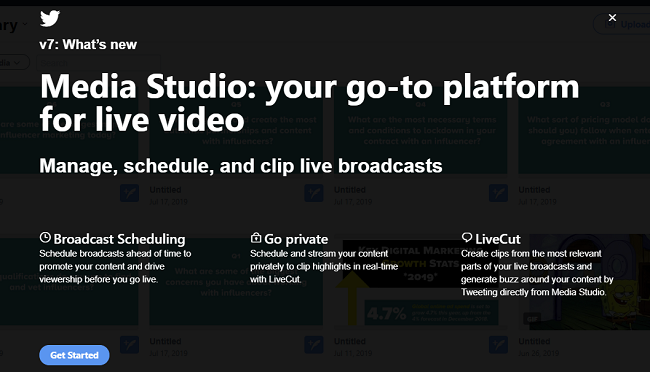 As you can see, the new tools enable you to edit clips from live broadcasts, while there are also new scheduling options to help better plan your video content. 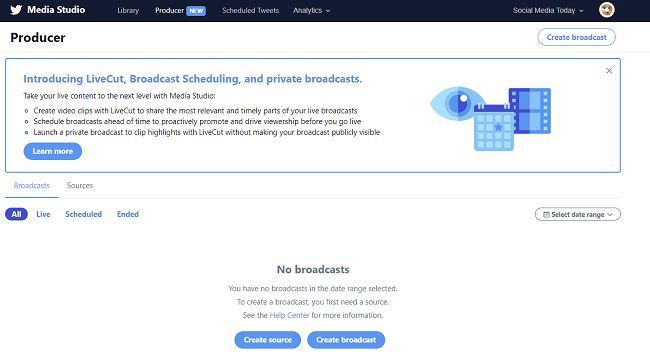 It's essentially the same functionality as SnappyTV, but better integrated into Twitter's existing media management tool. Which is good, though as Digiday notes, there is one added challenge:

Of course, Twitter would prefer you keep your content on Twitter, so from their perspective, this is not a problem. But it's something to consider for those looking to make use of the new tool.

Using LiveCut is fairly straightforward, and Twitter has included a range of guides and tips to help. 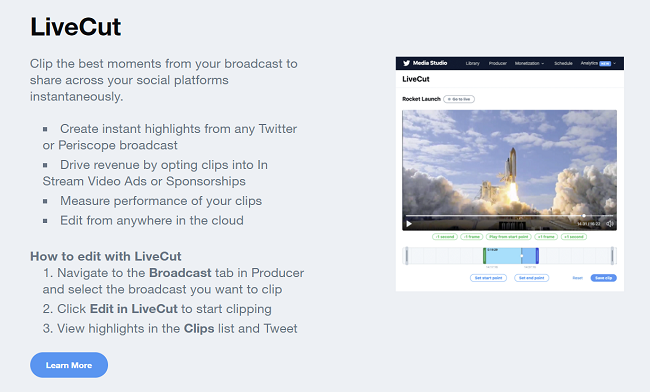 As noted, it's not for everyone - not all users will have access, and not everyone is obviously broadcasting live video via Twitter in the first place. But for those who are looking to make the most of their live content, it could prove to be a valuable, helpful option in planning and strategy.

SnappyTV will be phased out over the next few months - Twitter has also provided information on how this process will work for Snappy TV users here.