Twitter has launched a new initiative, in partnership with Variety, which aims to solve what may be the most first-world problem that currently exists – selecting a movie to watch at any given time. 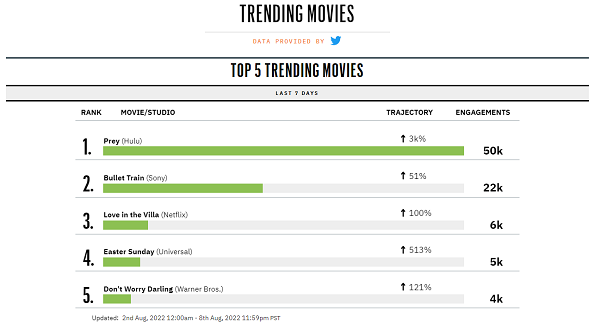 As you can see in this chart, Variety and Twitter have launched the ‘Variety Film Chart Chatter’, which utilizes Twitter conversation data to track the top-five trending movies at any given time.

“Variety Film Chart Chatter, powered by Twitter, tracks the week’s top-five trending titles in the world of cinema and the most-buzzed-about movies based on Twitter engagement. The charts also provide expert analysis of the week-to-week movement of the top films as well as a heat-map tracking conversations around the country, and allow fans to stay up-to-date on the most newsworthy and popular movies of the season.”

As Twitter explains, beyond the basic listing, the new project includes engagement chart for each of the top movies, so you can see which are getting the most mentions: 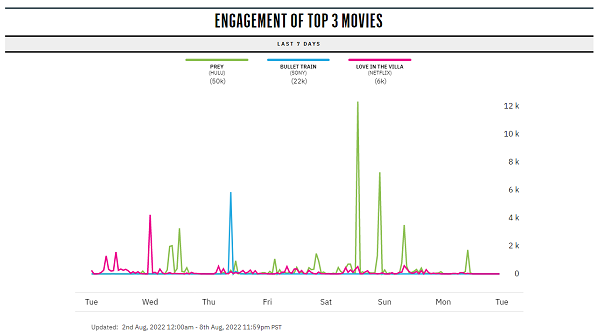 And regional trend tracker info too:

Again, it’s a very first-world problem, but it is a problem that exists. Despite an abundance of options available via Netflix, Disney+, etc., the biggest challenge is often finding something good to watch, and it could well be that staying on top of the latest, trending movies could help to alleviate this conundrum, at least in some respects.

It could also be handy for market research, and tying into trending discussion with your posts. If there’s a related angle for your brand, linking into any of the top films, maybe that could help boost your brand messaging, and help to keep you top of mind via your posts and updates.

Or it could just be a handy accompaniment to your entertainment decisions.

You can check out the Variety Film Chart Chatter listing here.