Twitter Releases Year in Review Data, Including Most Popular Tweets and Hashtags

As we move towards the end of the year, the time is nigh for end of year review posts, looking at the biggest trends and takeaways from 2017. Instagram posted an overview of their usage trends last week, and now it’s Twitter’s turn, with the micro-blog platform reporting the most popular tweets, hashtags and movies among their 330 million users.

First up, the most popular tweets of 2017 – the most re-tweeted tweet of the year was Carter Wilkerson’s campaign to get free chicken nuggets from Wendy’s.

It all started with the pursuit of free nuggets.

The tweet is now the most re-tweeted tweet of all time, beating out Ellen’s famous Oscar’s selfie (which is on 3.4 million) – though it still fell well short of Wendy’s threshold of 18 million re-tweets. Still, they gave Wilkerson free nuggets anyway, and given the publicity around the tweet, Wilkerson himself is likely on track for a prominent marketing role of some kind in future.

Bringing communities together one. at a time.

Obama also had three of the top ten most re-tweeted tweets of the year, underlining the former leaders’ popularity on the platform. Meanwhile current President Donald Trump, who’s affinity for Twitter is well-known, was the most tweeted about world leader and U.S. elected official. 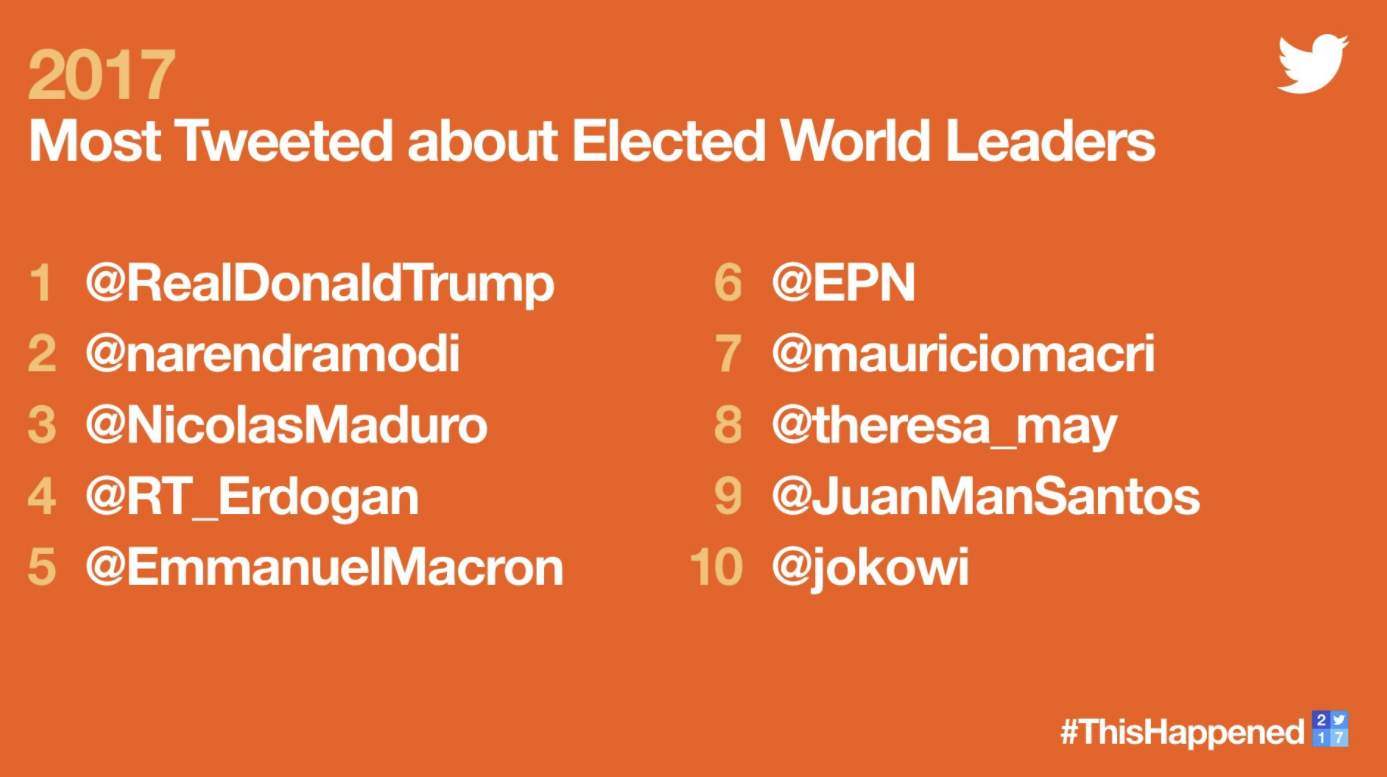 In terms of Twitter Moments, the most popular Moments of the year related to NASA's discovery of seven new, Earth-like planets and Beyonce’s announcement of her latest pregnancy.

Twitter’s also a key platform for discussion of TV shows, with the real-time, public nature of tweets making it a great compliment to live viewing. This year, unsurprisingly, it was Game of Thrones that saw the most tweet mentions. 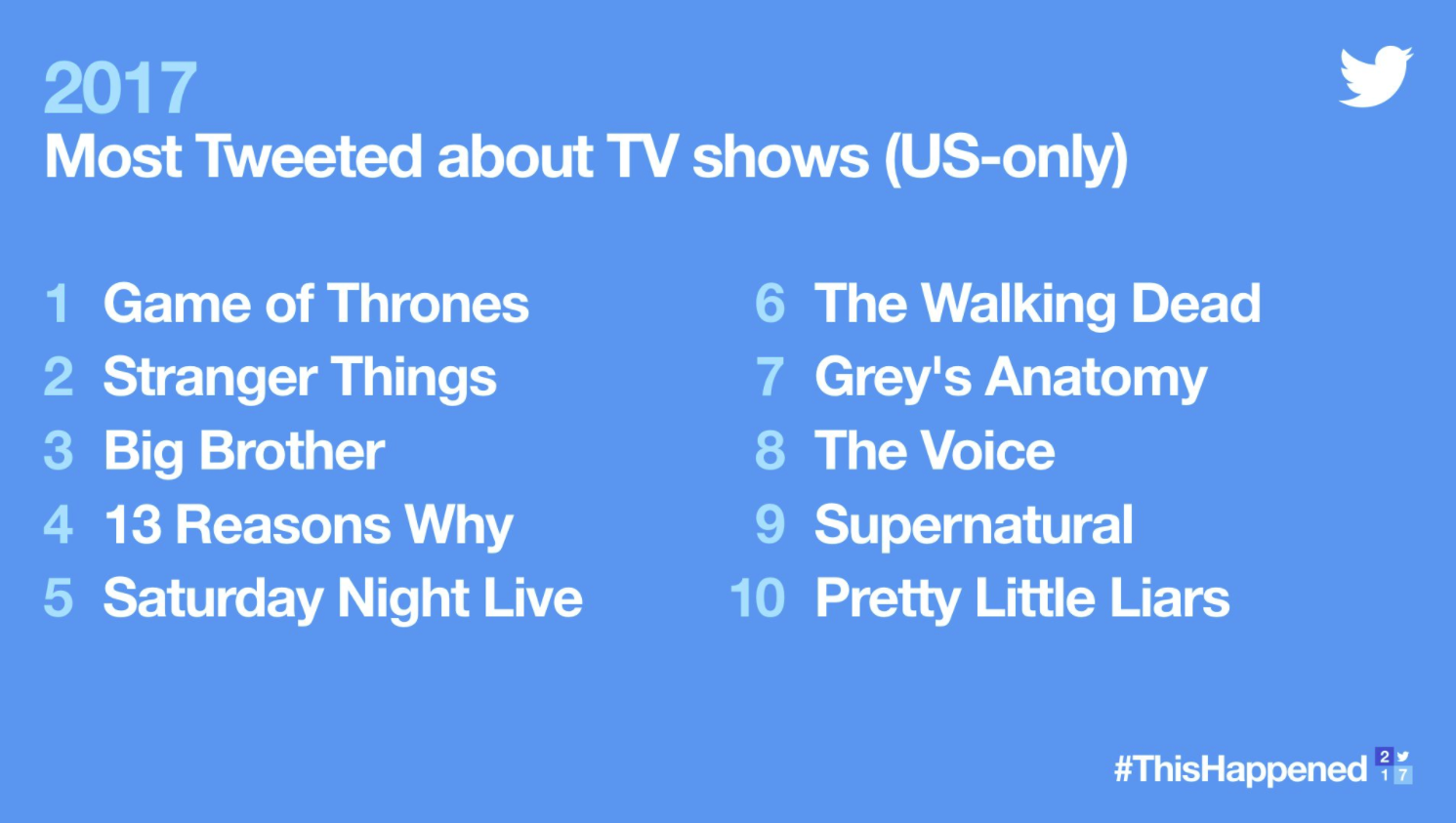 And while the NFL and NBA are both popular on Twitter, clearly soccer (or football, depending on where you live) is most popular among Twitter users. 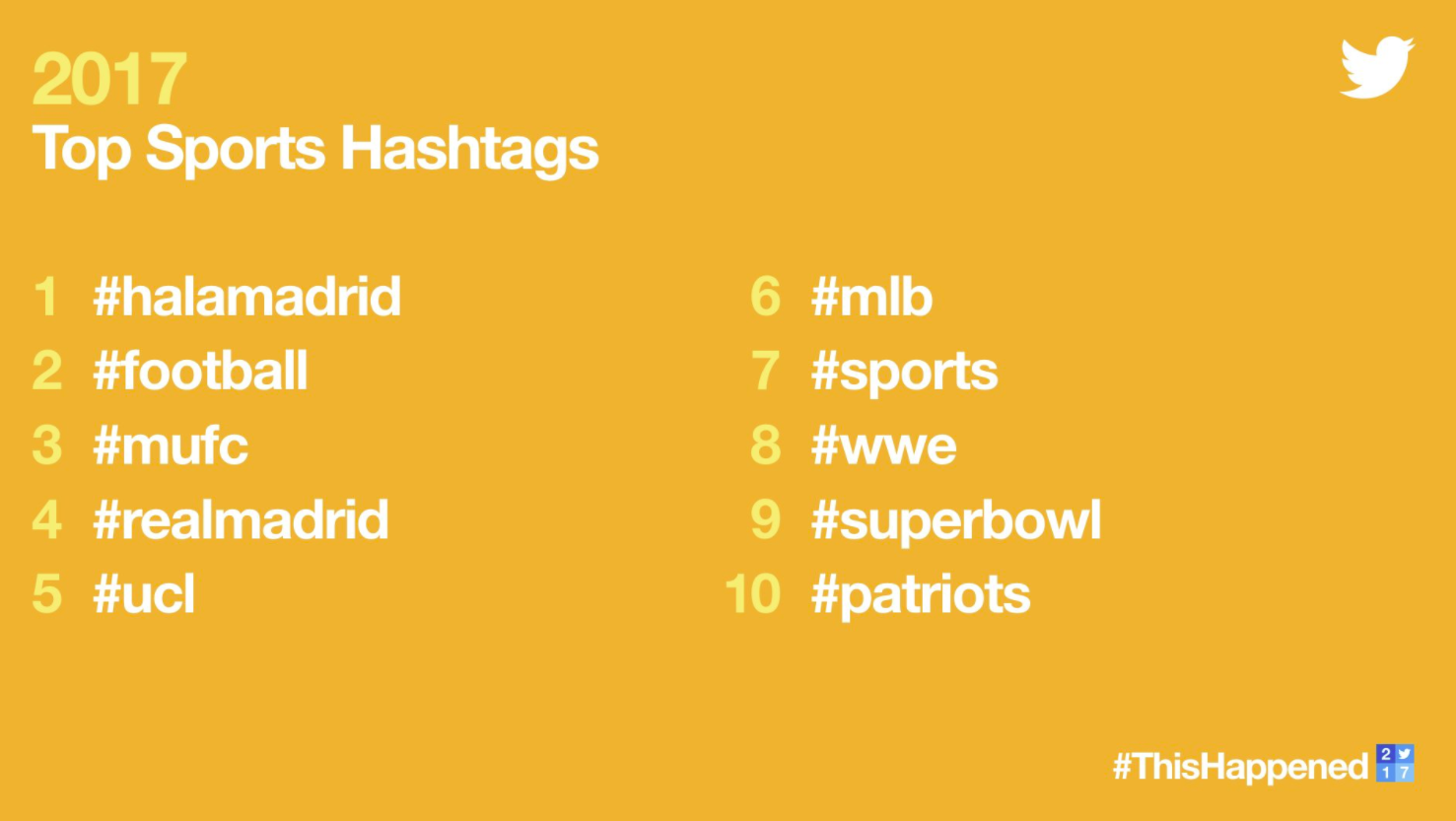 Twitter’s also shared the most tweeted song hashtags, though I feel I’m a little too old to provide much context. 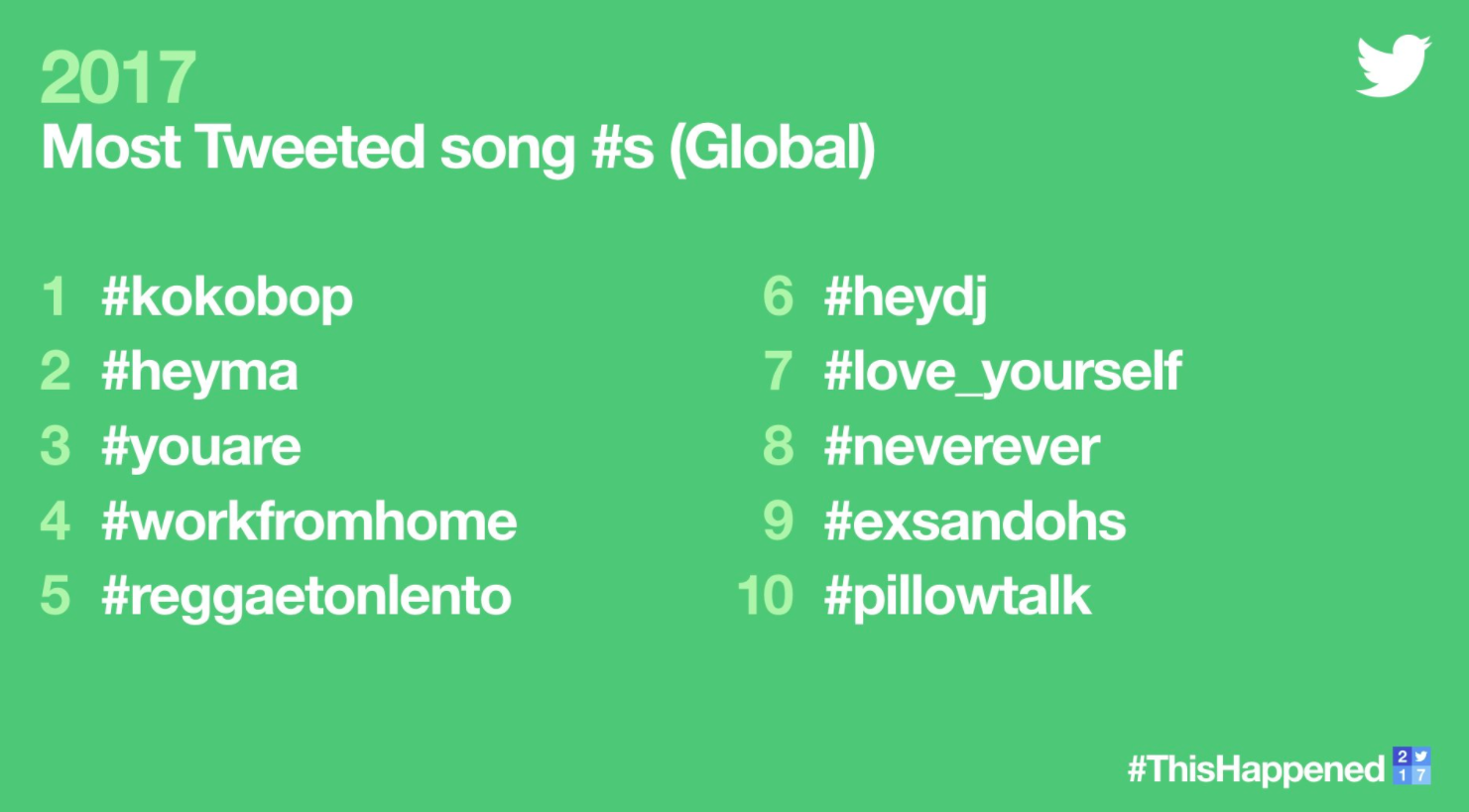 While Wonder Woman was the most discussed movie of the year. 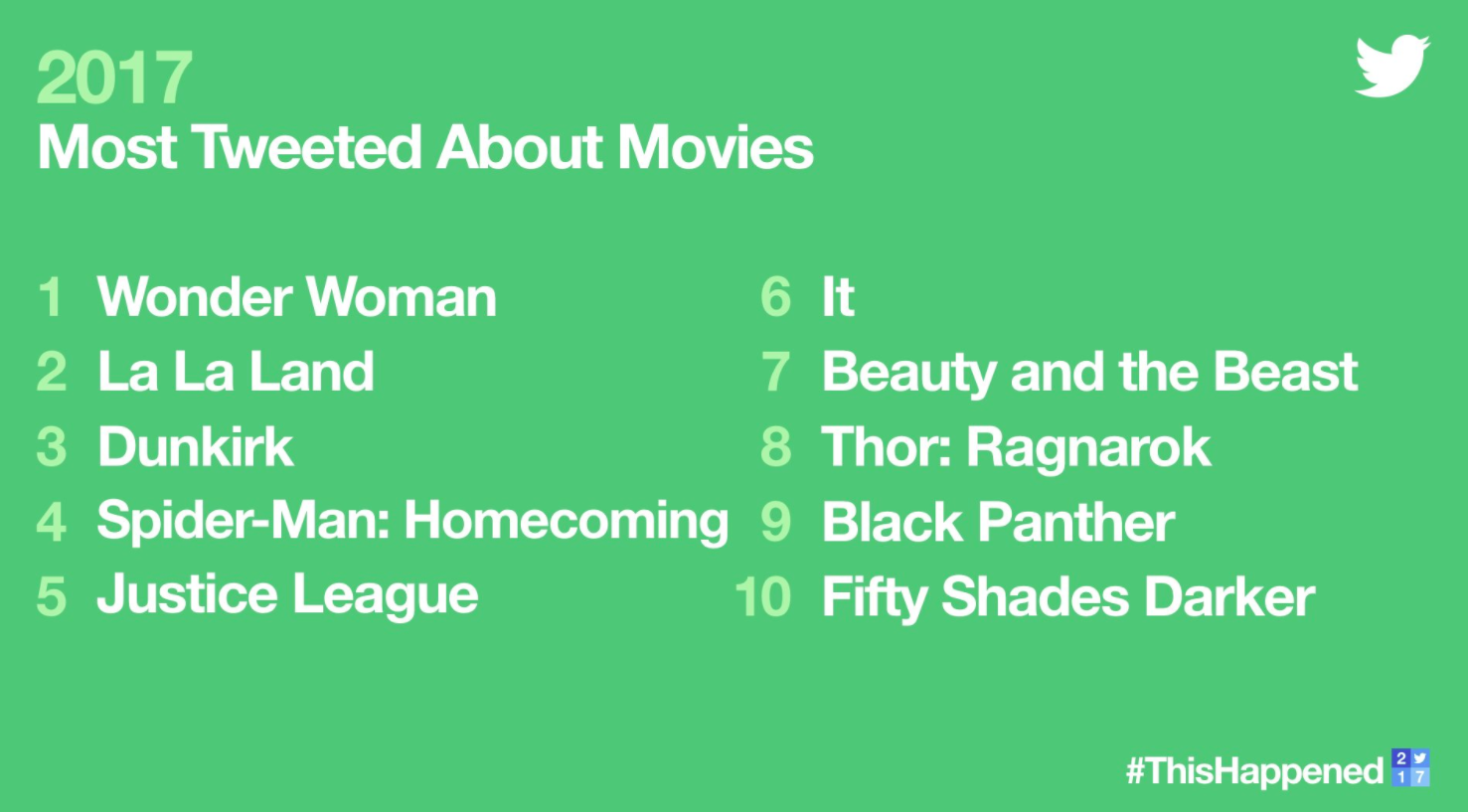 These are fairly generic trends, for sure, there’s not a heap of user insight to better inform your marketing efforts. But it’s interesting to see the latest trends, and what’s gaining the most traction via tweet. The platform itself has obviously seen a range of changes in 2018, including the big move to double the length of tweets. Will that have an impact on what’s discussed, and how, in 2018?

It’ll be interesting to see what comes next.