Following the Cambridge Analytica controversy, and the interference of foreign organizations on political discourse via social platforms, both Facebook and Twitter are going to extra effort to positively influence electoral behavior for the upcoming US Midterms. 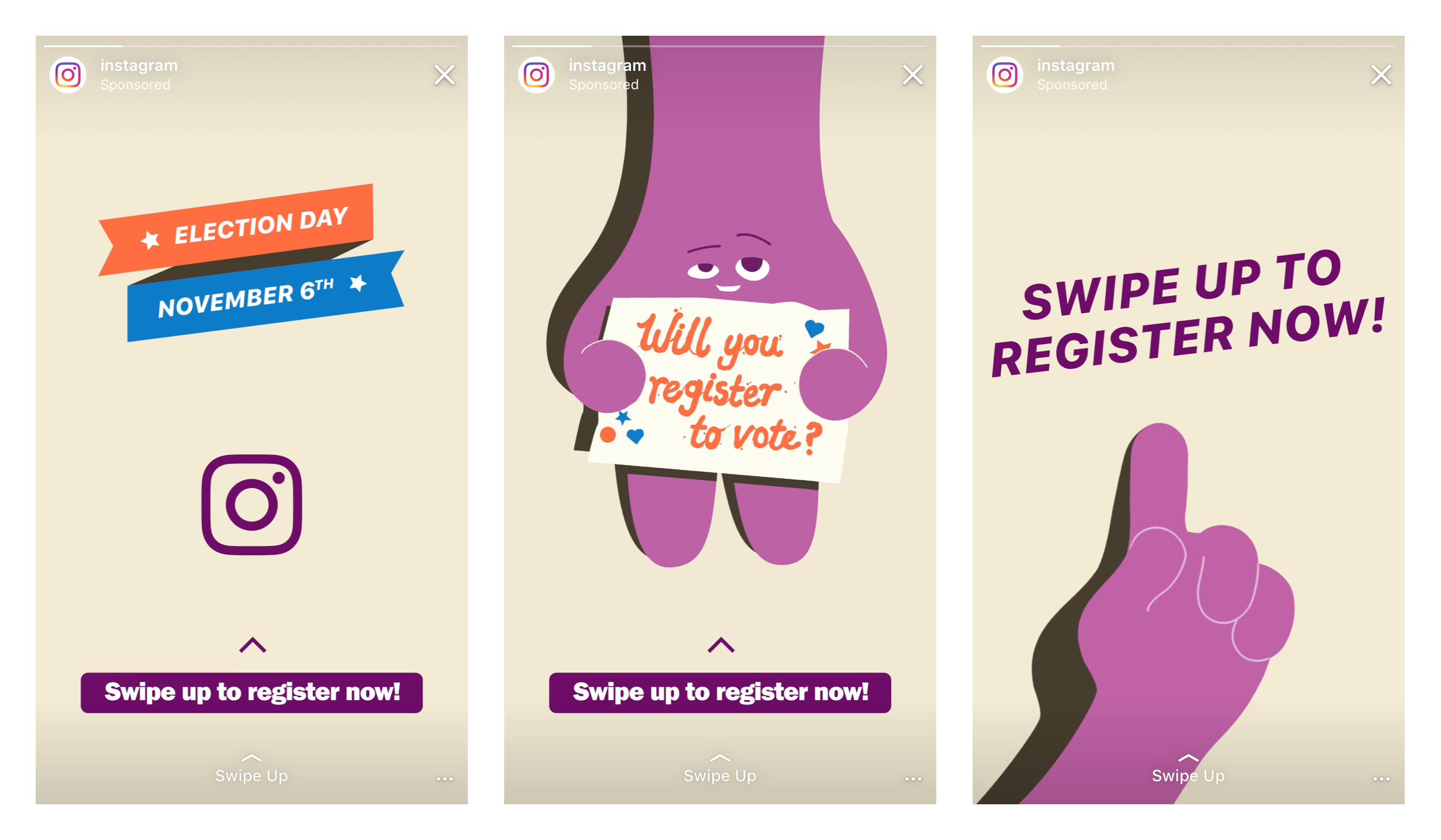 Now, Twitter is following suit, with the announcement of a new #BeAVoter campaign to encourage Twitter users to head to the polls.

Make your voice heard this U.S. election.
☑️Tap the image below to register to vote.
☑️Tweet and tell your followers to #BeAVoter too.
☑️Make a plan to vote!

"Beginning on Monday, September 24, people on Twitter in the US will see:

These go along with Twitter's new tools to increase transparency around political topics on the platform, including new signifiers on profiles and tweets from candidates.

The new initiatives are a positive step - and when you look at voter turnout figures, its pretty easy to see why both Twitter and Facebook, which have more reach to younger voters, are looking to get more involved. 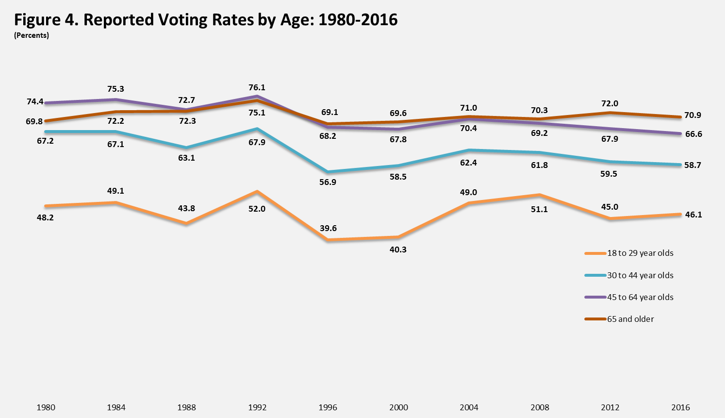 As you can see, younger voters simply don't feel as compelled to vote as older people, and when you cross-reference that with this chart: 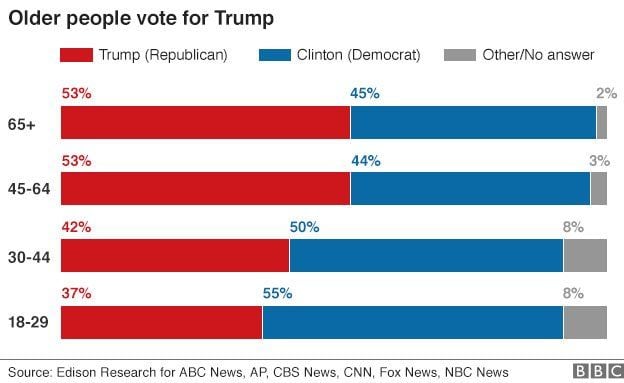 You can see why some might consider that a problem - and one which social platforms could, potentially, assist with.

But do on-platform voter call-outs like this even work? You bet.

Back in 2010, researchers estimated that around 340,000 extra voters turned out to take part in the US Congressional elections because of a single election-day Facebook message.

The researchers used a variation of 'I voted' type messages to test potential response. 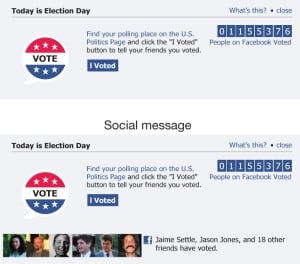 The results of the test showed that users who received the informational message (the top message in the above image) voted at the same rate as those who saw no message at all, while those that saw the social message, with images of their friends included (lower example in above image), were 2% more likely to click the 'I voted' button and 0.4% more likely to head to the polls than the either group.

That's a small scale test, and the results, even then, were fairly significant.

So will these initiatives change the outcome of the US Midterms? It's obviously impossible to say - as with the Russian political interference and Cambridge Analytica, while such messaging likely had some impact on voter behavior, it can't be directly attributed, so you can't know whether either was a key factor in the 2016 election result.

But they probably were. In all likelihood, it does seem that those large-scale voter influence projects succeeded, at least in some form.

These initiatives from Twitter and Facebook are less about influencing user behavior, in terms of who they vote for, and more about increasing participation, which, based on the noted stats here, is likely going to influence the outcome more to one side anyway.

There is, logically, also some questions as to whether social platforms should be getting involved at all in this regard, but encouraging participation is not the same as pushing a specific political agenda. Though, theoretically, the effect would be the same in this instance.

It's a sensitive area, it's difficult to make a definitive ruling on the ethics behind such pushes. But encouraging people to vote is a positive, giving more people a voice, a say in your nation's future. That's a good thing. Right?

It'll be interesting to see whether there's any noticeable impact in the upcoming Midterms.

UPDATE (9/26): Snapchat has also launched a new push to get its users to vote, furthering the social platform drive to spur young people into action. 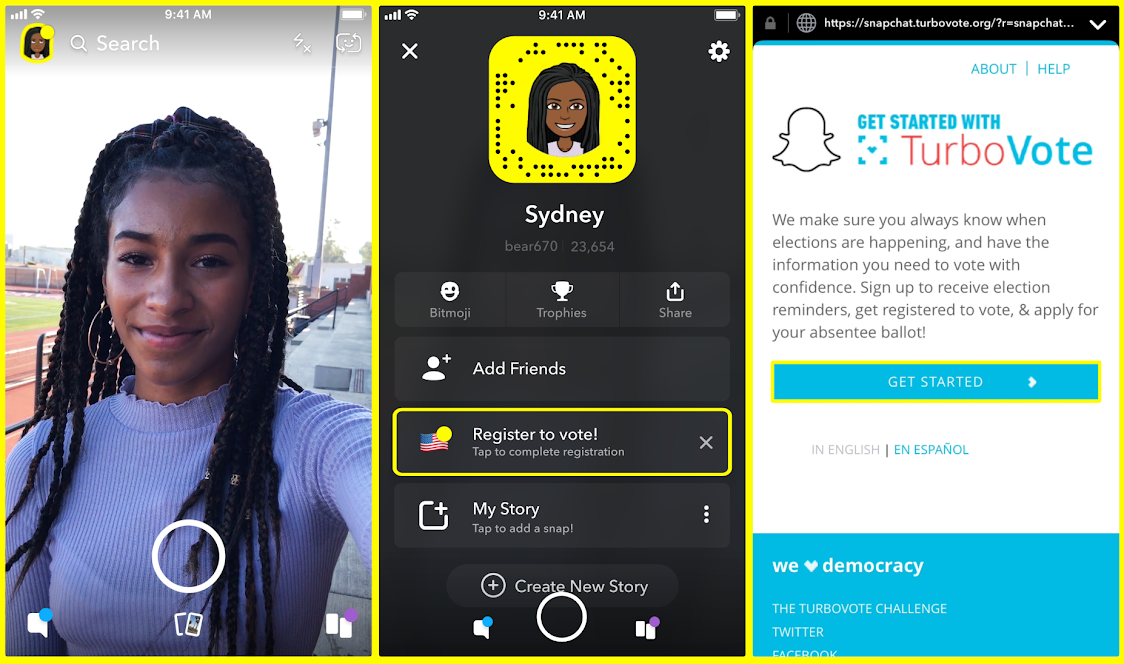