Gaming is a key pillar of online culture, and is arguably now even more influential than ever, after two years of lockdowns which have forced youngsters to find alternative means of social connection, largely through gaming platforms.

Indeed, kids now spend more time than ever on Fortnite, Roblox and other collaborative gaming networks, which provides both a means to stay in touch with friends, while also keeping them entertained. Such platforms showcase the foundations of what many now see as the metaverse, interconnected digital worlds where people can socialize and collaborate, in a wide range of ways, facilitating endless possibilities.

Indeed, it’s likely to be this next generation that will truly integrate the metaverse shift, and as such, it’s interesting to see how gaming culture is evolving, and what trends are driving the next wave of consumers in this realm.

Which is where the latest gaming data from Twitter comes in.

“2021 was another record year for gaming chatter on Twitter, as Twitter continued to serve as the go-to place for game publishers, gaming media, popular streamers and entertainers, esports leagues, teams, players and commentators. In 2021, there were more than 2.4 BILLION Tweets about gaming, up 14% year over year and a more than 10x increase from 2017. And, Q4 2021 was the biggest quarter for gaming conversation ever on Twitter.”

Again, if you want to view the future of online connection, and what the metaverse will be, I’d be looking towards gaming, as opposed to NFTs, crypto and other tangential elements.

Looking at the gaming conversation on Twitter, the top games reflect some of the aforementioned open space environments, along with other well-known gaming franchises. 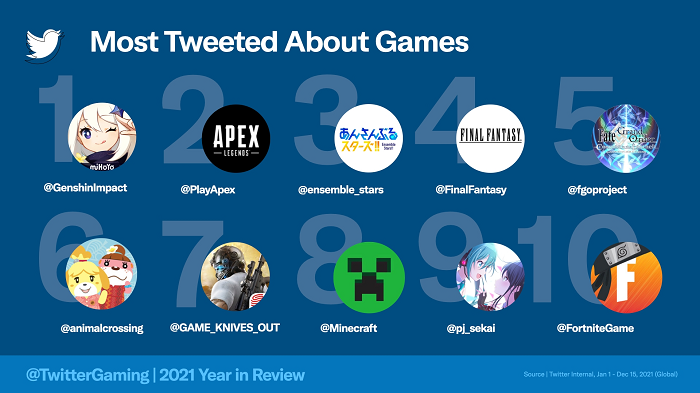 I’m actually surprised that Roblox isn’t in there, given that it now sees over 43 million daily active users, but Minecraft, Fortnite and Animal Crossing are all similar, socially-integrated and collaborative worlds, aligning with the metaverse shift.

Japanese Twitter users were the most active in the gaming conversation, followed by those in the US and South Korea. 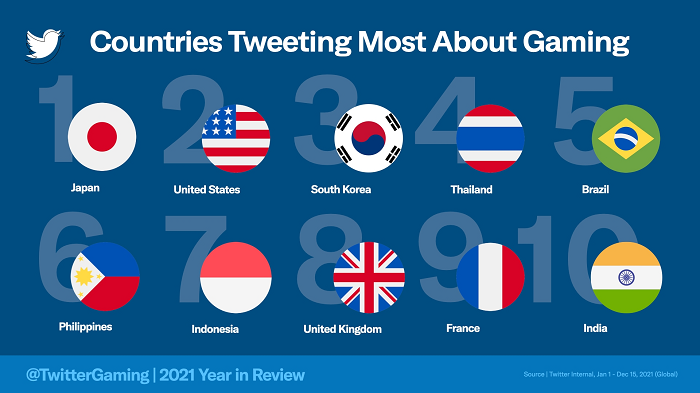 Gaming culture is huge in Asia, where games like Genshin Impact and Apex Legends are particularly popular, while Japan is now also home to Twitter’s second-largest regional user base, only trailing the US.

It’s interesting to also consider the popularity of gaming creators, with the top gamers now just as popular as the top sports stars in many respects. 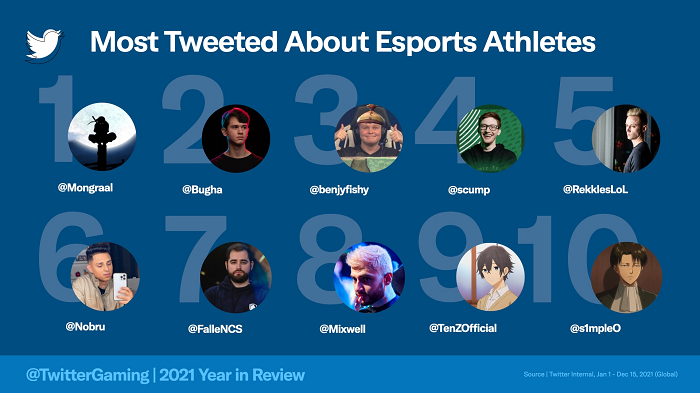 That might seem like an exaggeration, in equating video game players with the influence of sports stars, but the fact is that many youngsters now spend more time gaming than doing anything else. And while generations past envisioned themselves kicking the winning goal, the next generation is just as likely to daydream about getting the winning elimination in their favorite FPS.

Like it or not, this is the new reality, and with gamers now also earning millions for their gameplay skills, it makes perfect sense that many kids now see this as a viable pathway for their future.

Twitter also provides stats on the top gaming creators, and those building a presence within the space. 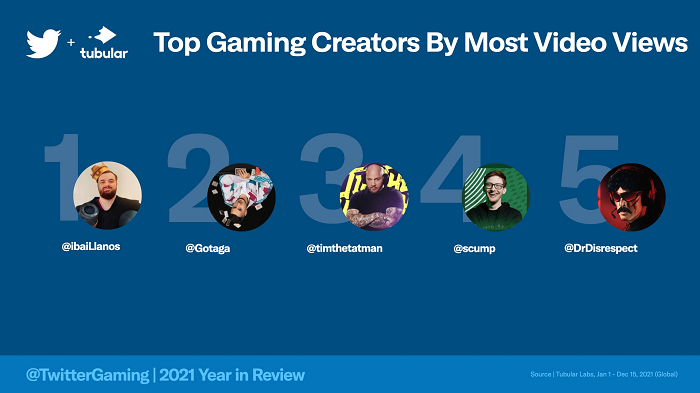 Again, gaming is now a critical element in broader web culture and trends, and if you’re not aware of gaming trends and behaviors, you’re likely missing critical context in many current shifts.

Which, again, will only become more important as we look towards the next big change, and integrating more activity in online environments. Kids already do this, they’re already finding entirely new ways to communicate, collaborate and engage within these game worlds, which will eventually bridge the way to broader use of the metaverse, however it comes to be.

This is where the metaverse is truly taking root, and growing from, youngsters who are developing habitual social behaviors within these environments.

Understanding this will become more important over time, while maintaining awareness of gaming shifts right now can help you formulate more resonant, relevant approaches in your marketing.

You can read Twitter’s full gaming overview for 2021 here.