Twitter is always trying out new things, new tweaks and updates which will, ideally, get people tweeting more, sharing more often, and staying more locked into the platform.

And this week, Twitter has begun testing two new updates that you'll likely notice in your process. The first is designed to help users share tweets with their close friends more easily, while the second is a new format for follow notifications which makes it easier to see more information about new followers, and to follow back immediately.

First off, on sharing - Twitter is trialing a new option which will prompt users with direct sharing links via DM to the people they most regularly communicate with.

Are there people you always DM? We’re testing a way to make it faster and easier for you to share Tweets with them. Tell us what you think if you’re part of the experiment! pic.twitter.com/AW40Xohofv

As you can see here, the new prompts will show you a users' profile image, with a quick prompt to share via Direct Message. If you share a lot of tweets with friends via DM, this could come in handy, while it also aligns with the broader shift towards more private sharing - which Facebook, in particular, has been looking to capitalize on.

That could make it a beneficial feature. YouTube utilizes similar in it's sharing prompts, while the format also looks a lot like the direct sharing prompt on Instagram. 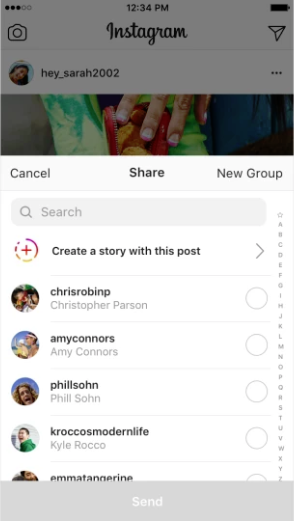 Encouraging more DM discussion makes sense, and it'll be interesting to see if the addition does result in more sharing and interaction switching to Twitter DMs - if, indeed, it is rolled out more broadly.

The other test - which has been noted by various users - is a new mini profile card alert for new follows, which makes it easier to get more context about that user, and follow back from the prompt. 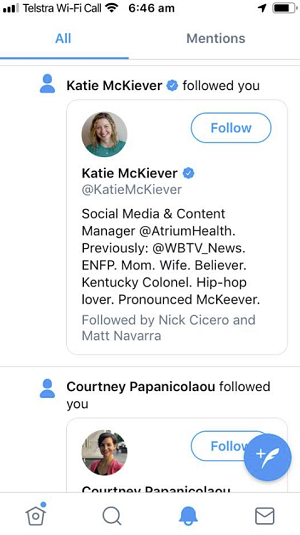 As you can see here, new followers show up with a full profile description, and a follow button, as opposed to just a thumbnail that you have to either hover over or click-through on to take action.

It's a handy update - but then again, it does also clutter your alert streams. Also, it seems to have already been rolled back - a heap of users reported seeing the format earlier in the week, but it appears to have reverted back to the regular follow prompts in recent days.

I'm not sure this one will work, due to the excessive space each notification takes up, but it is interesting to see Twitter looking at new ways to reduce the amount of clicks required to make new connections. They may not have got it right just yet, but it could be a valuable area of focus to help improve connection and engagement.

There's no guarantee that either of these tests will get rolled out more broadly, and there are, of course, various other updates being trialed in the Twttr test app relating to conversation flow and improving on-platform interactions.

It generally takes some time for Twitter to assess, but you can expect some of these changes to start flowing through, and to become visible in your feeds at some stage in the near future.