Twitter is rolling out a minor update which will enable users to engage via tweet when watching a video in full-screen mode - without having to tap out of the viewing experience to do so.

It's SO annoying when you're watching a video full size but have to tap out to reply. Oh wait, we fixed that. pic.twitter.com/ZoMP4r5i4Y

As noted, not a huge addition, but as Twitter says, it is annoying when you're watching something and you have to minimize the playback, then reply, then go back in.

As the many tweet replies will no doubt raise in response here, 'it's no edit button'. And that's true, but it is still a functional, helpful addition, which works in line with Twitter's broader push to increase engagement with its video content.

Twitter's video plans seem to have taken something of a backseat in recent months, with Facebook and YouTube going head-to-head in their competition for online video supremacy.

At times, it's appeared as though Twitter is simply outmatched with its own streaming efforts, and that, potentially, has lead them to dial back on this front - but as noted in the platform's latest performance report, it signed more than 50 new live-streaming and video-on-demand agreements in recent months, including arrangements with ESPN, NBCUniversal, and Viacom. 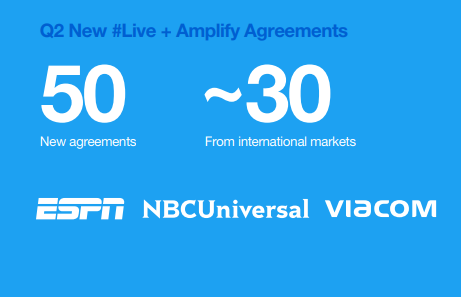 According to Twitter, video ads now also account for more than half of the platform's ad revenue, and were its fastest-growing ad format in Q2 2018.

This small update reflects the platform's continued investment into its video performance. It's not a major, and it only relates to video replies. But it's a relevant reflection of Twitter's ongoing refinements, and its efforts to make its video options more engaging and interactive.