Twitter is testing out a new option which would enable you to switch accounts within the tweet reply process, making it easier to manage multiple account interactions on the go. 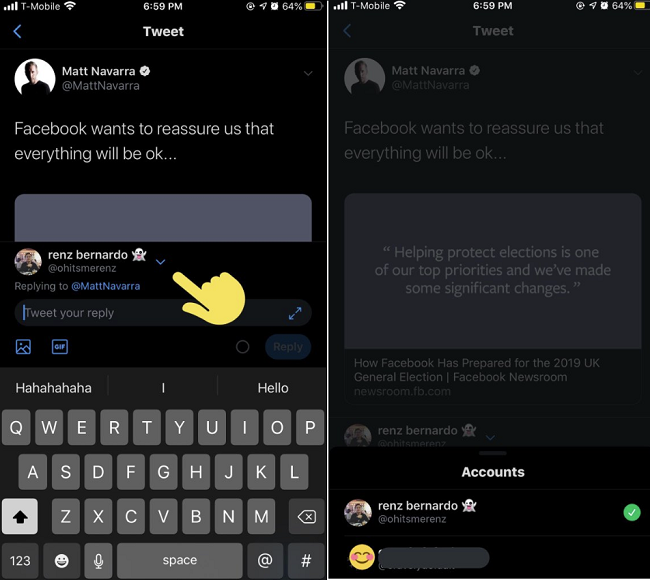 Spotted by user Renz Bernardo (and shared by social media expert Matt Navarra), the option could help those who manage multiple accounts to not only keep tabs on relevant mentions and activity (by, say, following their other accounts from their personal profile), but also to action the same at any time.

Some users have noted that the functionality has been available to them for some time, while others are not seeing it. We don't have any word on who, exactly, has access to the reply switching option at this stage.

Of course, similar functionality is already available within TweetDeck, where you can switch over to an alternate account at any time when responding to a tweet. 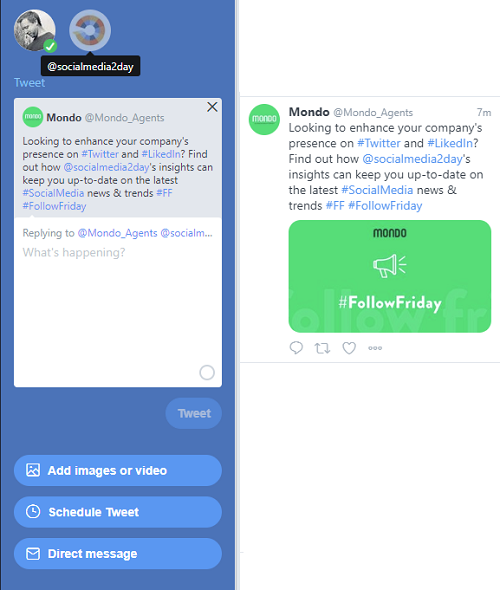 Adding more TweetDeck like functionality into the main app makes a lot of sense, as these are processes that are already mapped, they're already active in other forms, which, theoretically, should make them easier to implement in the main app. I mean, that's a layman's view - it's no doubt far more complex than just porting one function to another app, but by adding more advanced tools into the main app, Twitter could improve its overall functionality, which could provide a significant boost for social media managers who are looking to action things on the go.

There's no word on a full roll-out of account switching within tweet replies, but we'll keep you updated as we hear.