Twitter's Working on a New Subscription Service, Which Could Provide New Options for Prominent Users

Speculation is running wild that Twitter could be working on a new subscription-based offering for some users, after the company posted a new job listing which noted work on a team called "Gryphon", which is focused on “building a subscription platform, one that can be reused by other teams in the future.” 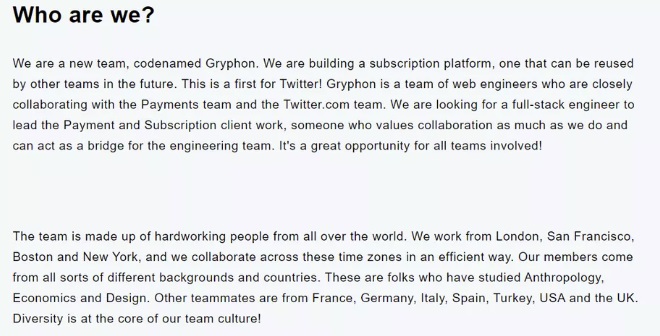 As you can see in the above description, the Gryphon team will reportedly work with Twitter's payments group on a subscription process - "a first for Twitter". What form, exactly, a subscription-based Twitter offering would take is unclear, but the speculation alone saw Twitter shares jump 12%, with investors keen to understand more about a potential new revenue stream for the platform.

Twitter hasn't offered any further comment on Gryphon, but it has since edited the job listing to remove any mentions of the project.

It wouldn't be the first time that Twitter has investigated a subscription-based model. Back in 2017, Twitter sought feedback from users on the potential of a subscription service which would provide paying customers with access to advanced analytics and alert tools within its TweetDeck management platform.

Advanced analytics were also part of another subscription-based model that Twitter briefly proposed back in 2009, which would have also seen companies paying for account verification.

Either of these, theoretically, could still be part of a new Twitter subscription model, especially given the more recent activity from Twitter around the re-opening applications for account verification, after it shut down public applications for such back in 2017.

Paying for verification seems unlikely, but access to advanced analytics could hold appeal - though you would expect that, really, what Twitter might be looking to do is match other platforms and their revenue-generation offerings for prominent users, which keeps popular, influential users posting content more often, and creates a more sustainable eco-system for content and engagement.

That, according to some analysts, is most definitely where Twitter is aiming, with new tools that would enable some users to provide exclusive content to their paying followers, similar to Facebook's Fan Subscription options. 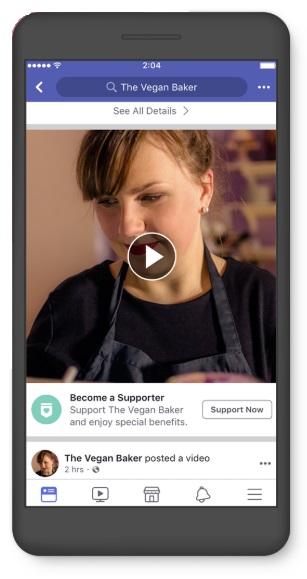 Twitter could provide all of the same functionality - and with Twitter also looking at more ways to hone in your conversations to selected, smaller groups (like, for example, with its new Tweet reply control options), that would align with the shifting focus away from the 'public-square' type broadcasting of your tweets to more contained, controlled engagement options on the platform.

In this context, offering subscription options makes a lot of sense. One of the key use cases for being able to control who can reply to your tweets was to better facilitate events like one-on-one interviews via tweet, and with that in mind, you can imagine how that could be expanded to facilitate enclosed groups around such on Twitter, which could, theoretically, become a paid access option.

So while it may seem strange at first blush, and people's initial reaction might be 'I ain't paying to read someone's tweets', the actual way it's rolled out - if, indeed, it does make it to that stage - could be different to what you might expect.

Really, it seems like a logical option, and one that aligns with the broader evolution of Twitter into more usage areas.

Like, I personally can't imagine that I would pay to read someone's tweets, but if a band I like offered an exclusive live set of new tracks?