With user concerns still at heightened levels following the Cambridge Analytica scandal and Russian election meddling, Facebook has reported that a Messenger bug may have enabled previously blocked users to see content from those who'd blocked them for a short period of time last month.

"Starting today we are notifying over 800,000 users about a bug in Facebook and Messenger that unblocked some people they had blocked. The bug was active between May 29 and June 5 - and while someone who was unblocked could not see content shared with friends, they could have seen things posted to a wider audience. For example pictures shared with friends of friends." 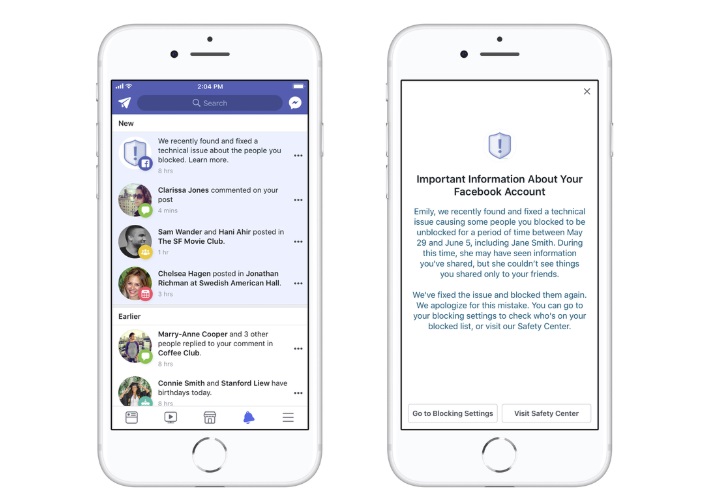 The impact of this is case relative - it may not sound like a major slip-up, but it will have been significant for some.

This also comes on the back of another Facebook privacy issue which switched the default post setting of 14 million users to 'Public' back in May, for which they had to send out a similar user alert.

In isolation, each of these errors is problematic, but combined, they contribute to a much larger problem for Facebook, and one it does not need as it broadens its charm offensive to win back trust following recent coverage.

Not great timing to have to announce another privacy issue.

In this case specifically, Facebook's trying to limit concerns by explaining that the bug "did not reinstate any friend connections that had been severed", while also noting that "83% of people affected by the bug had only one person they had blocked temporarily unblocked".

The latter point seems somewhat irrelevant - sure, as a general guide it lessens the perceived impact of the error, but if you're a user who's had to block someone because of harassment or a related issue, it likely provides little comfort.

Facebook says that the issue is now fixed and all previously established blocks are back in place (though they do encourage users to check their blocked list just in case). But still, it's another issue The Social Network doesn't need right now. They'll likely be hoping that by releasing the update just ahead of the public holiday it may lessen the impact.