There's been a lot of discussion in the digital marketing community over the past 12 months about the declining popularity of Facebook, the rising use of Instagram, and the fluctuating performance of other platforms. But which platform is really winning out among digital marketers - what app do you find yourself opening more and more often?

In broad usage terms, the data would suggest that Instagram's performing best. The platform hit a billion active users back in June, up from 800 million last September, while Facebook, currently at 2.2 billion users, actually saw its slowest quarter of growth ever in the most recent reporting period. Facebook still reigns supreme, clearly, but its position as the social media leader has taken a hit as a result of the various data usage scandals and privacy concerns of recent times.

Those are also broad trends - what we wanted to know is which platforms are social media marketers finding themselves more actively using and learning about. So we asked them:

Should really do a poll instead - a quick question, which social platform do you spend the most time on these days? #SocialMedia

There are a couple of caveats here. For one this is self-reported, not based on usage stats, so it's not a foolproof polling method. The other, as pointed out by several members of our audience, is that any poll on a platform is likely to be flawed because the people who are active on that platform will likely favor it, and as such, the results are probably skewed towards the host (in this case Twitter).

So we sent another poll out to our Social Media Today mailing list to get a more undiluted (yet still self-reported) view on which platform/s are the most popular.

Here are the results (based on 500 total responses): 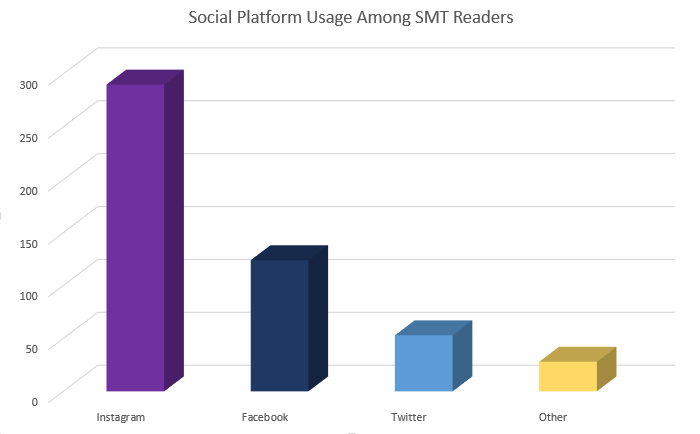 Seems that the concerns around platform host bias may have some merit - according to this data, Instagram clearly reigns supreme in terms of popularity amongst the Social Media Today audience, more than doubling its closest comparison.

So what does that tell us?

Given that Social Media Today's audience is largely social media marketing professionals and people interested in the latest social news updates, it likely shows that there's a lot of enthusiasm around Instagram from that perspective - i.e. more marketers are paying attention to Instagram.

But note that the question - "Which social platform do you spend the most time on these days?" - doesn't relate, specifically, to marketing initiatives, its a more generic query which covers personal use as well. That suggests that Instagram is indeed where more users are spending their time - which, as noted, is already highlighted in the broader usage stats. It seems that Instagram is very much where more attention is shifting, and while Facebook remains popular (and Twitter still has resonance amongst its audience base), Instagram is becoming a key app for discovery and engagement.

Does that mean you should re-focus all your energy onto Instagram? Not necessarily. As indicated by the Twitter poll, it really depends on your audience - if your target market is spending time on Facebook, that's where you should be. Same with Snapchat. Same with Google+ (unlikely, but). You need to research where the members of your target audience are spending their time, then tap into the relevant conversations and communities to maximize your social media marketing performance.

How do you do that?

A solid first step is to research using a tool like BuzzSumo. With BuzzSumo, you can enter in a topic and see where it's seeing the most traction, in terms of social shares.

You can also use tools like CrowdTangle's Chrome extension for similar - click on the extension icon while you're on any webpage and it'll give you an idea of how many social shares a page has generated (including detail on Facebook interactions) and who, specifically, is sharing it, which can provide some guidance around where you should be looking more deeply. 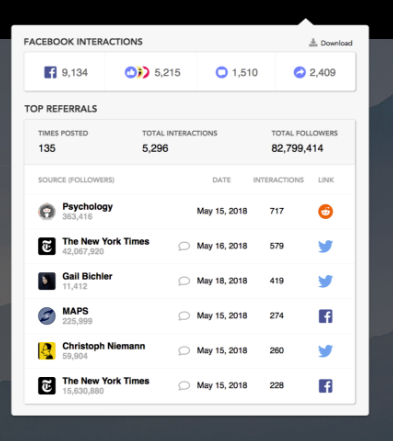 But the flaw with either approach, particularly based on our study data, is that neither covers Instagram interactions, which are a little harder to track via third-party tools.

There are helpful third-party options to consider for Instagram, including Social Blade and Keyhole, but you'll likely also need to research within Instagram itself to get an idea of the top performing accounts within your niche, and to get some perspective what sort of engagement they're seeing (and how).

Really, what the data suggests is that Instagram is indeed on the rise, and is where more people are finding themselves spending more of their time. Based on this, it's worth experimenting with the platform, and considering what you can come up with for Instagram Stories, and maybe even IGTV, which hasn't seen huge adoption as yet, but is still in its very early stages.

And with Instagram looking to make a bigger push into eCommerce, this could become even more relevant. The various data points show that more people are spending more time on Instagram. It could well be worth paying attention to such trends.