Snapchat started it, Facebook copied them, now even LinkedIn has it's own variation. And given the video-dominant nature of the option, it only makes sense for YouTube to follow suit. This week, YouTube has announced the launch of 'YouTube Stories', its take on the next-gen social sharing format.

As you can see in the video, YouTube Stories looks and functions much the same as the Stories options you're used to - as explained by YouTube:

"Creating with Stories is lightweight, easy, and fun. Stories will have the fun creation tools that you know and love. You can add text, music, filters, YouTubey stickers, and more to make your story uniquely you! To create a story, just open the YouTube mobile app, tap on the video camera icon, and select "Create Story."

You'll soon see a new Stories bar at the top of the app, showcasing the latest Stories from creators you follow. 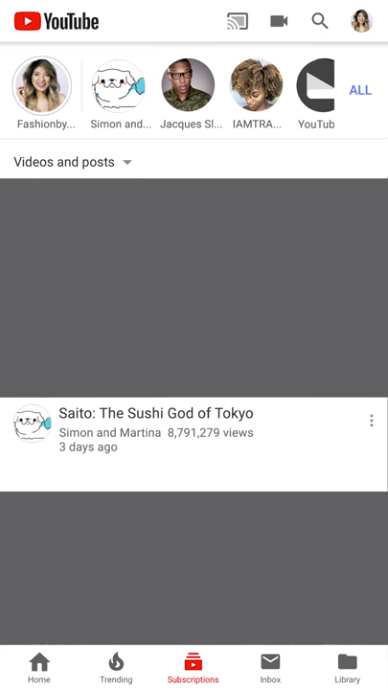 YouTube Stories will last for seven days in the app, so a fair bit longer than the regular 24-hour content period in other Stories options, but that's because there is a catch, or at least, a proviso not present in other Stories tools. At launch, YouTube Stories will only be available to "eligible creators with 10K+ subscribers". So not for everyone, at least at this stage.

That, of course, could change if the format proves popular - if users warm to Stories and view them at a high rate, you can bet that YouTube will be keen to tap into that engagement further. But right now, they're not for everyone. You'll need to have invested significant time into building your YouTube presence if you want to get access.

To be fair to YouTube's Stories effort, they did actually start experimenting with the option a year ago, so this is not them jumping on the Stories bandwagon and/or rolling out some half-hearted effort. YouTube tends to take things slow with new additions, and that's been no different here, so you can expect them to continue with a measured approach to the roll out, and in seeing where it goes as it evolves.

And as noted, given the video-dominant nature of Stories, the addition for YouTube does make a lot of sense. Stories is the fastest growing social sharing option - more than a billion people now use Stories every day across Facebook's family of apps alone (through WhatsApp Status, Messenger, Facebook Stories and Instagram Stories). The format hasn't taken off everwhere, it's not a hit with everyone. But it is, inarguably, rising, and as it does, it also promotes habitual sharing trends which translate across platforms, further engraining such behavior.

Essentially, each new iteration of Stories now benefits from Facebook's promotion of the option (following on from Snapchat's creation). So while the imitation may seem cheap, or it may not look like a good fit on an app like LinkedIn, the logic of such duplication makes sense. Because its the format users are now becoming increasingly accustomed to, much like the news feed before it.

Given this, it wouldn't be any surprise to see Twitter or Pinterest stories in future too. There's nothing to suggest those might be coming, but again, it would make a lot of sense.

If Stories aren't part of your digital marketing approach in 2019, you may need to re-think that, as the option continues to expand across social apps.