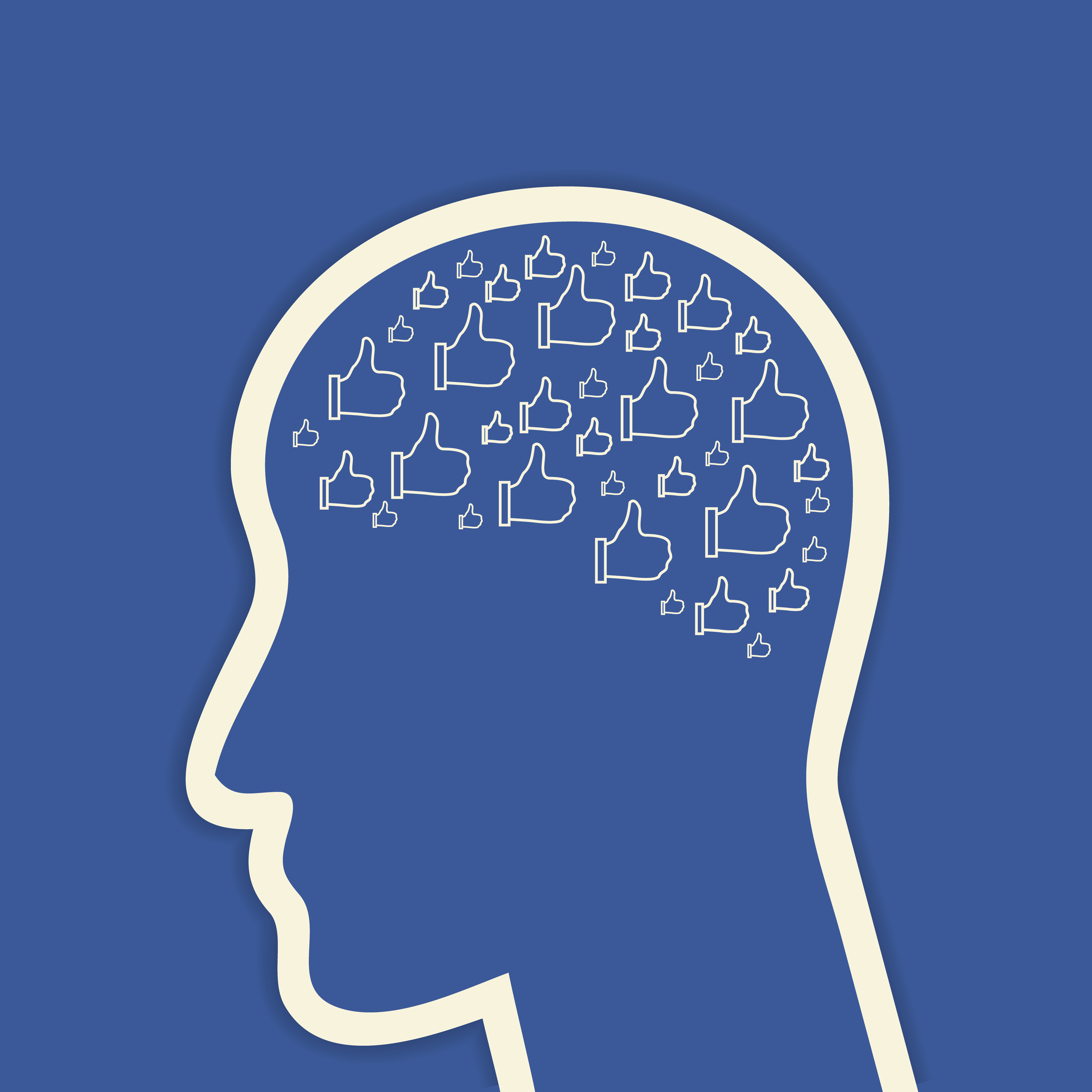 Which viewing experience holds more of your attention - consuming content on your mobile or seeing it on a big screen TV? You'd expect that TV would come out on top in that battle, but a recent study commissioned by Facebook found that the smartphone experience is actually more immersive than TV viewing in terms of overall attention, positive emotion and engagement. But you'd kind of expect Facebook to find that, right? Their business is increasingly about mobile, and definitely not about TV, so it's not that surprising that their research found mobile is more immersive. But the data and research is actually pretty compelling, incorporating neuroscience and cognitive analysis to determine which delivery methods best hold our attention and why. Facebook recently released the findings via the Facebook IQ Industry Research blog.

To get a better understanding of how we respond to different media delivery mediums, Facebook commissioned US-based neuromarketing agency SalesBrain to conduct a study. Their research looked at how the brain responds to 4 key areas - engagement, attention, emotion and retention - when viewing content on TV versus mobile, the first time a neuroscience study has compared ads watched in this way. The research aimed to provide definitive insight into how people are processing brand information and content in order to help marketers better understand the internal triggers that cause consumers to pay attention to one thing and ignore another, and how exactly that process works in the modern viewer.

To understand this, SalesBrain researchers split the study participants into two groups based on age and gender. The participants completed a baseline measure and were then shown a set of ads, each ranging from 30-120 seconds in duration. The first group viewed the ads first on a TV then a smartphone, while the second group did the same in reverse order, viewing the content on a smartphone first. This analysis provided the researchers with neurological data on how each group processed and responded to the content, and the cross-matching of the findings highlighted which delivery method performed better, in terms of cognitive response - the participants were monitored for changes in heart rate and EEG rhythm as well as other measures of subconscious reaction. 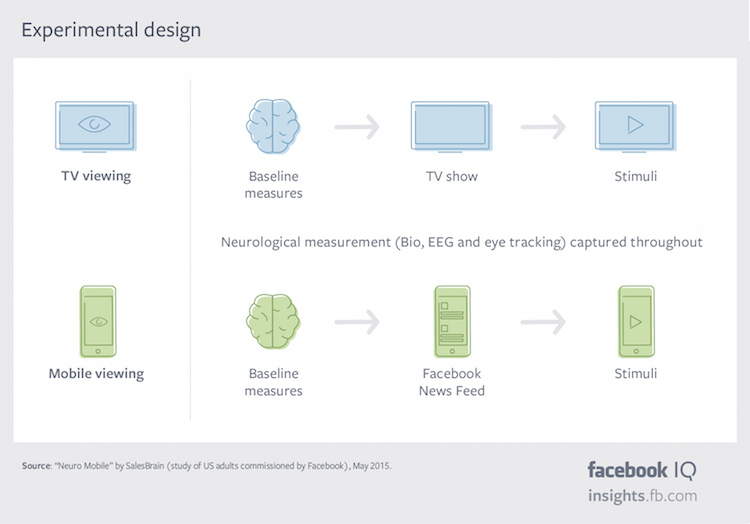 What researchers found was that, overall, participants were:

"...more attentive and tended to feel more positively toward the information presented on a mobile phone than on a TV. With TV, people's brains were more distracted and had to work harder to process the information. We found that, overall, mobile was on par with TV with regards to emotional intensity and engagement. Having said that, emotions and engagement were significantly higher for a couple of the ads. People were equally likely to be as engaged on mobile as they were on TV."

In addition to this, researchers also found that participants had greater message recall when viewing content on TV followed by viewing it on a smartphone - though that finding is probably less eye-opening in the scheme of things.

The findings show that the mobile experience is more immersive than many would expect. In his notes on the study, SalesBrain founder Dr. Christophe Morin said:

"It seems that when viewing a stimulus, our neurological systems don't really require a grandiose experience to feel a response. Overall, the more data that we seem to be exposed to, the more effort is placed on our brain. And, in some way, due to its size, the smartphone may provide a more efficient, less energy-demanding experience."

This is an interesting suggestion, the idea that our attention is better honed on mobile devices, and thus, better able to process data on a smaller scale, as opposed to being overwhelmed by too much input at once. This may also be a consequence of our increasing reliance on mobile phones as a means of communication - it's possible that had this study been conducted a decade ago, that bigger screens would have clearly won out, but the evolution of mobile may have fundamentally changed how our brains focus information.

This makes sense when you think of how mobile phones have been used over time - the messages and content sent to your mobile phone have always had a more personal focus, with SMS messages and phone calls directed to you and you only, information you need to know or see. While you might be happy to give out your e-mail or work contact details to others, your personal phone number has always been just that, personal, something that's only used for important, direct communications. That emphasis may now be playing a part in how our brains process the importance of information delivered via mobile devices, a psychological adaptation that may also play a part in the popularity of direct messaging apps like Facebook Messenger, WhatsApp and Snapchat.

Based on this study, SalesBrain researchers were able to conclude that, overall, the smartphone experience is more immersive than the experience of TV viewing. The same content delivered on a smartphone generated greater levels of attention, positive emotion, and engagement, though to a lesser definitive degree on the last point.

In summarizing the findings, Head of Audience Insights for Facebook IQ Helen Crossley said that advertisers should not underestimate the power of mobile:

"Our physical closeness to the mobile screen has shifted our perception of the size of the device. It's drawing us in to be more attentive and feel more positively about the content that is presented on it and creating opportunities for marketers to connect with people."

Whether you take Facebook's perspective into account or not - as noted earlier, they do have a vested interest in promoting the strength of mobile over other mediums - the findings do ring true to general usage habits and experiences. These days, people are always on their phones, always staring down and typing furiously, smiles crawling across their faces as they read through the latest response or reply they've received via their platform of choice. Mobile devices have become a direct link to the pulse of our interactive frameworks, a facilitative provider in our social connectedness. The information delivered via our phones is addressed to us - and even when it's not directly focused to us, personally, this data shows that we may be cognitively placing an emphasis on it, regardless.

It's an interesting study, and while we all know mobile is rising in importance, the data provides another perspective on exactly why that may be.