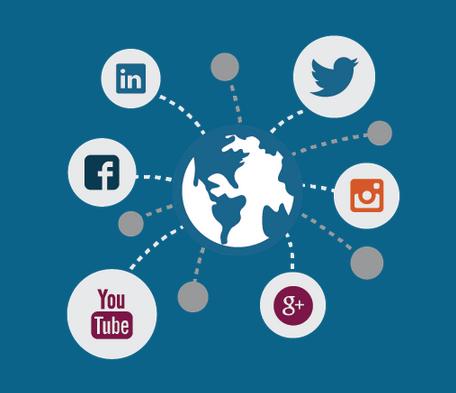 Right now, as we stand, we are in the midst of the biggest communications shift of the modern era, we've not seen a bigger change in media and media consumption habits since the introduction of the television in the mid 1900's. Every day we see further evidence of this - reports and research papers and studies that show how we're consuming media differently, how the processes that people use to find and consume media are evolving, moving into new alignment more attuned to our own personal preferences.

Reinforcing such trends, a new report from media intelligence provider Cision has examined how journalists are using social media in their investigative and communicative process. Their results find that the very nature of news, as we know it, has changed irrevocably - with the majority of journalists now indicating they'd not be able to do their jobs without access to social media platforms.

Cision's Global Social Journalism Study looked at how journalists from the US, UK, Germany, Finland, Sweden and Australia are using social media to "improve productivity and better communicate with PR professionals". The study, incorporating insights gleaned from more than 3,000 responses from journalists and media professionals, found that:

This is a stat that's likely to have old school journalists scoffing at the inadequacy of the modern day reporter - and, of course, if social media didn't exist, journalism would still continue, but the finding highlights just how integral social media connectivity has become to the modern news process. These days, journalists use social to stay connected to the latest news and insights, as well as a source for a wide array of research tasks. This finding is in line with the increasing use of social media overall - everything is now documented, commented upon and "Liked" on social platforms. The fact that journalists are using this as a resource is both logical and indicative of the wider adoption of social into our communications process.

In addition, researchers also found that 57% agree that social media has increased their overall productivity.

67% of journalists are spending up to two hours a day on social media, up from 38 percent in 2012

As social media becomes more engrained in common communications process, it's no surprise that journalists are using it more to source information. This finding, too, may reflect the migration of more younger workers into the industry - those in younger demographic groups that have grown up with social as part of their communications DNA are increasingly likely to utilize it as a resource. Either way, this is a significant increase, and a trend that's likely to continue as social becomes more attuned into wider, everyday process.

Twitter and Facebook are the most widely used social platforms among journalists, but their levels of popularity vary among the countries surveyed

Interestingly, Facebook is less utilized in the UK and Germany, while Twitter is also not very popular amongst German journalists (though the popularity of Xing in that nation does go some way towards explaining the variation). Also intriguing to see the use of social media management app Hootsuite amongst the various nations - the app is used by around 25% of journalists, on average, in the UK, Australia and the US, but only around 5% in the other three European nations.

The majority of journalists, including 58% of US journalists, express data security and privacy concerns as a result of increased social media use

Data security and privacy concerns are an ongoing issue in online communications, and given the high profile of cases like the News of the World scandal and Edward Snowden, it's not surprising that journalists cite these as concerns as their reliance on digital communication continues to grow.

Sourcing information is the most popular reason for social media usage among journalists, while content promotion and monitoring comes in second

Though that trend varies by region - US and UK-based journalists cite publishing and promoting their own content as their number one reason for using social. This is an interesting variance and goes some way towards highlighting how social networks are being used differently in each nation.

This was a particularly interesting finding - the evolution of our communications practices is increasingly seeing the telephone decline in popularity as a connective medium. Is this a good thing? I know of many business managers who prefer personal interactions, via phone call or face-to-face. Regardless of how you view it, the fact is that e-mail and social media are now by far the more preferred methods of connection among journalists - and I'd suggest these numbers are also indicative of our larger communications practices.

Cision's report underlines, once again, just how integral social media has become to our communications and media process. More journalists are recognizing the wide range of data and insights available via social platforms, and are utilizing that information in the wider news process, which is also translating to how we then source that same reportage, with a recent report from Pew Research showing that people are increasingly getting news content via social platforms. That symbiotic relationship is important to recognize - the very nature of our media and news cycle is evolving and moving beyond what we've known to be the way in which information is communicated. More than just pointless updates and selfies, social media is growing to become the platform for news and information, the source people rely upon for their media inputs. And given that, it's also, increasingly, where brands need to be present.