Facebook's Instant Articles, along with Google's Accelerated Mobile Pages, are a step towards the future of online publishing. These fast-loading, mobile-optimized formats are designed to deliver an optimal reader experience on any device - and as more publishers adopt these new tools, consumer expectation continues to increase in-step, which puts more pressure on additional publishers to also utilize the same tools.

For Facebook, Instant Articles is a way for the platform to keep more users on-platform for longer by housing content on Facebook, as opposed to linking off to other sites. And thus far those efforts have proven beneficial - more than a thousand publishers are now signed up to the program, delivering a huge amount of Instant Articles content to mobile users every day. And according to Facebook's stats, Instant Articles inspire more clicks, more shares and keep users reading for longer. 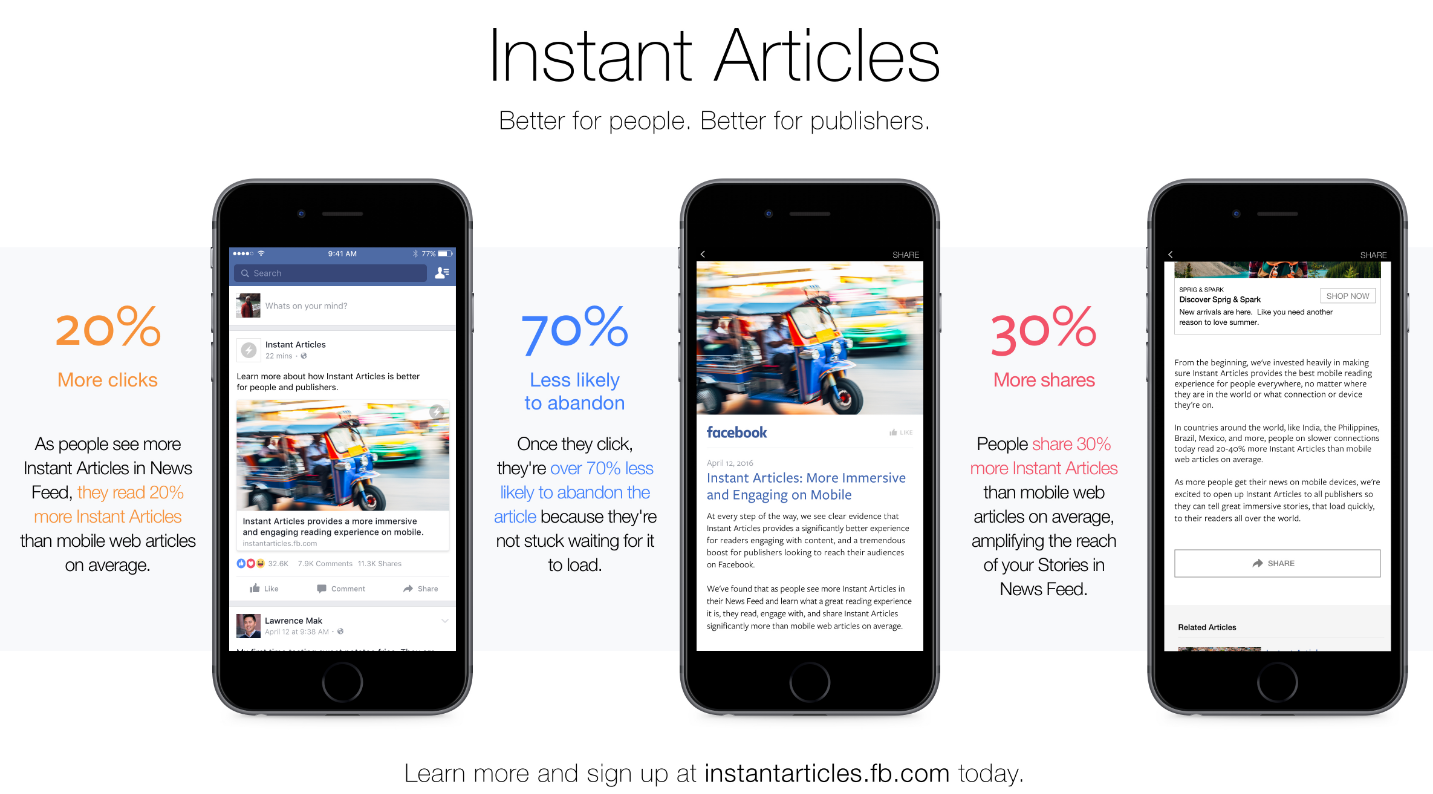 To help boost the offering even further, Facebook has today announced that publishers will now be able to include 360 photos and videos in their Instant Articles content.

"Each Instant Article can contain multiple 360 photos and videos that readers can explore, share, and comment on in the context of a story. Readers will see the 360 content in-line and have the option to navigate by turning their device or by tapping and dragging."

The option adds another powerful tool to the Instant Articles offering, with its various mobile optimized, Facebook-native tools adding to the incentive for publishers to use Instant Articles, as opposed to dragging users back to their own sites. This is a big part of Facebook's pitch to host publisher content - "Why ask your readers to go back to your non mobile-friendly owned site when you can use all these great features to provide a better reader experience on Facebook - the platform they're already using?" It's a tempting lure, for sure, but building reliance on other properties does come with risks, leaving you at the mercy of any platform changes.

Along with the addition of 360 videos and photos, Facebook also recently announced a set of new ad options for Instant content.

"For publishers with direct sold advertising businesses, we now support larger and flexible ad units in Instant Articles, up to an aspect ratio of 2:3. Publishers can bring more of their direct sold campaigns to Instant Articles, including custom, premium formats. We expect this will expand available ads inventory and improve overall yield for publishers, while maintaining a great reading experience for people."

There's definitely a lot to like about Instant Articles - and Google has also recently put increased emphasis on their own, fast-loading AMP content, with the announcement that they're extending AMP articles to mobile search results. As noted, those changes are causing a shift in user expectation - four million new AMP articles are uploaded every week, underlining the expansion of the offering. As users grow more accustomed to looking for the AMP and Instant icons next to article matches, that could eventually lead to non-adopting publishers losing traffic, particularly as mobile consumption continues to rise.

The addition of new monetization options and 360 content enhances the case for Instant Articles, but many publishers will remain cautious about putting too much reliance on Facebook, particularly given the reductions in organic reach. The most recent major update to Facebook's algorithm, it's worth noting, put increased emphasis on content from friends and family over Page content, a reminder that Facebook can change the rules at any second.

But the case for Instant Articles keeps getting stronger, which will force the issue with all those reliant on web traffic. Should you publish on your site or on Facebook? The answer becomes less definitive every day.