7 Ways to Use Emojis in Social Media Marketing

If you're not in the habit of greeting good news with a cartoon smiley face, watching other people use emojis might feel like listening to a conversation in a foreign language. But the danger in dismissing emojis out of hand is that your customers (and your competitors) are using them, even if you aren't.

In fact, 92% of people use emoji and more than 30% use emojis several times a day, according to a report published by the Emogi Research Team. And emoji-based marketing campaigns have increased by 777% year-over-year, according to this Appboy study.

Many forward-thinking companies are using emojis to connect with their audience and practice some creative brand building.

The results are worth noting:

Seeing this, is it any wonder that Vyv Evans, a linguistics professor at Bangor University, called emojis "the fastest growing form of language in history," or that Oxford Dictionaries chose an emoji as their 2015 Word of the Year?

Now that you know why emojis are important to your social media outreach, here are seven tips on how to use them for effective brand building.

The point of an emoji is to simply convey a clunky sentiment - such as typing J instead of "this makes me happy."

As such, when you use emojis, your meaning should always be clear.

If you try to get too creative, you could wind up with something like the 2015 Chevy Goes Emoji campaign - to herald the arrival of the 2016 Cruze, Chevy released a series of emoji-themed ads, beginning with this press release written entirely in emoji: 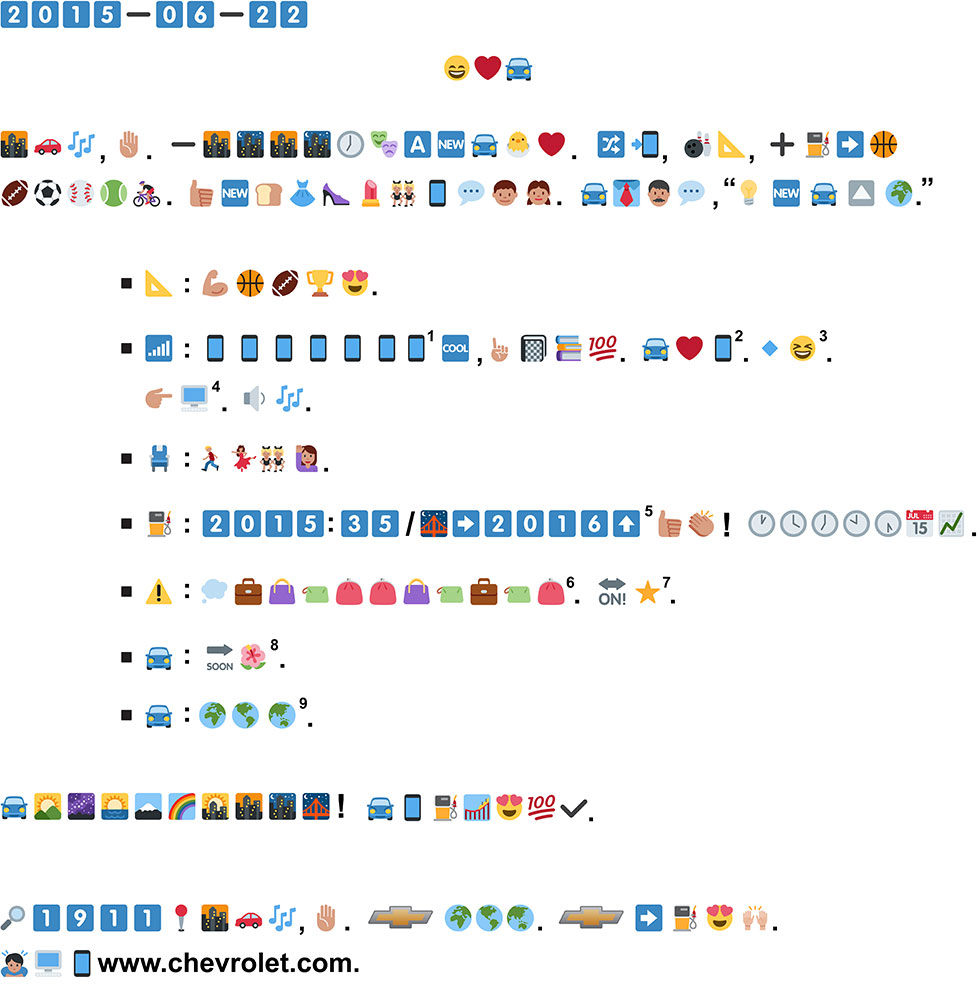 The result was probably less enthusiastic than Chevy had hoped:

"We'll be patiently waiting for the decoded message, because right now it looks like the new Chevy Cruze is going to have some computers, maybe some bread and a toaster and room for lots of different bags," wrote Sean Lester for The Dallas Morning News.

A year later, the Chevy Cruze continued to court its awkward relationship with emojis with a televised ad that had "real people" use emojis to describe how they felt about the car: 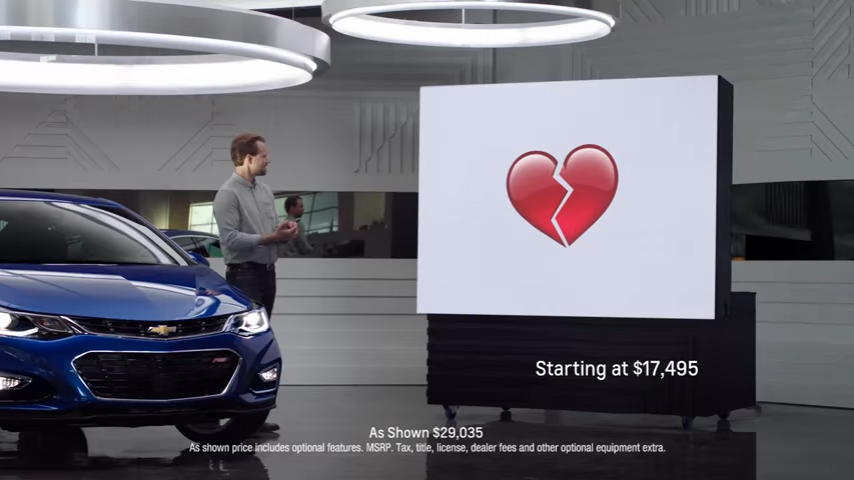 To Chevy's credit, their emoji ad series has resulted in 18x more engagement on Twitter and over 21.7 million views on paid social channels. That said the loudest responses were largely negative:

To date, the ad has been viewed almost 100,000 times and has 5x more "dislikes" than "likes" - proving that not all attention is good attention. Use emojis organically, or not at all.

One of the biggest pitfalls of the emoji world is that sometimes those cute little symbols might not mean what you think they mean, as this pie chart posted by Get Emoji clearly demonstrates: 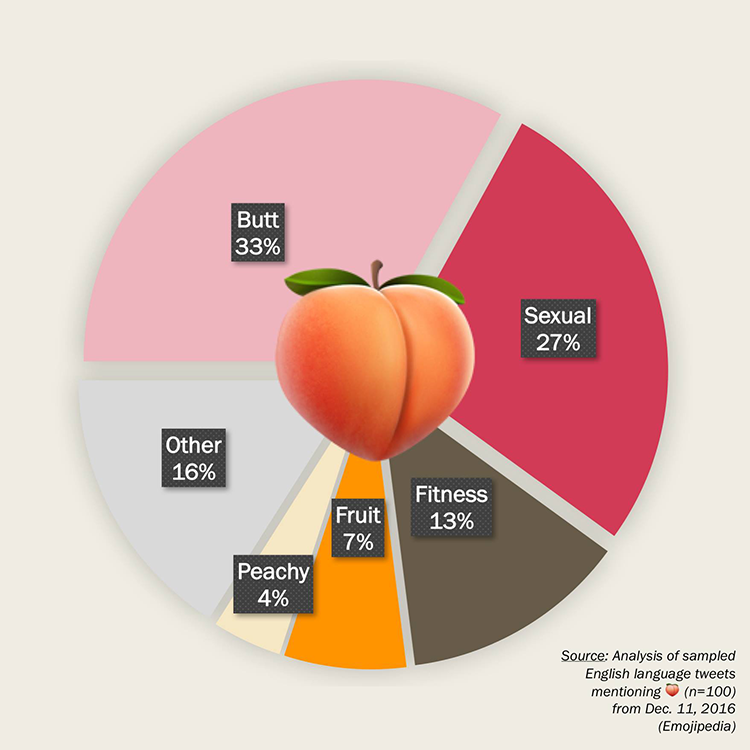 However, when you do understand what emojis mean, that's when you can get creative. 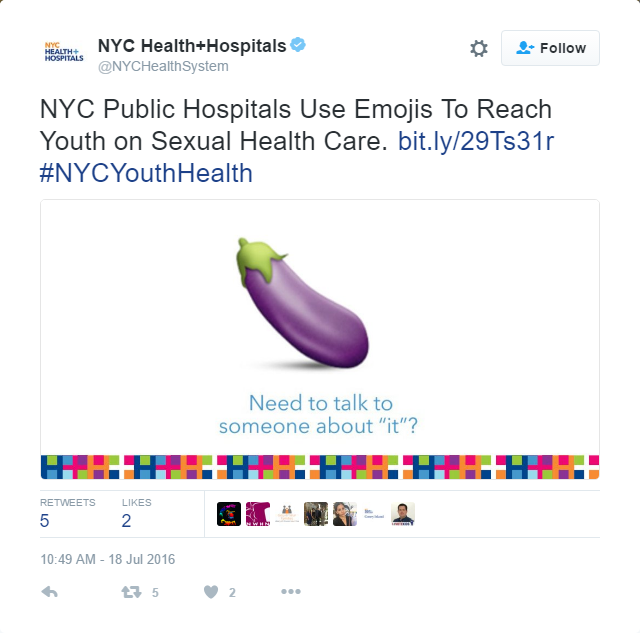 2016 proved that a movie about a foul-mouthed, wannabe superhero with a penchant for slapstick comedy and an emoji-marketing campaign is a match made in heaven.

Deadpool's use of emojis was simple, and it captured the essence of the comic book character.

To quote AdWeek, "This emoji billboard for Deadpool is so stupid, it's genius." 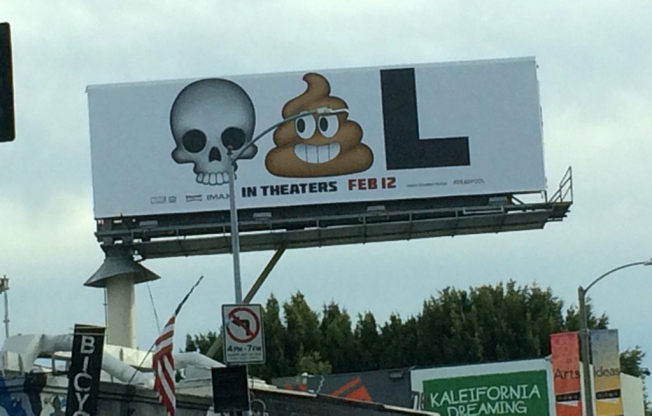 If you're going to get creative with your emojis, make sure your brand messaging stays consistent. If you're a straight-laced insurance broker and you suddenly start posting emojis with their tongues out, you'll raise some eyebrows and you could alienate your core audience.

4. Use emojis for real-time engagement

The biggest benefit of Snapchat, Twitter, and live-streaming applies to emojis too - it's a way to show customers the human side of your company.

You can use emojis on social media whenever appropriate as you would while texting , and, while you generally shouldn't use emojis excessively, you can get creative. 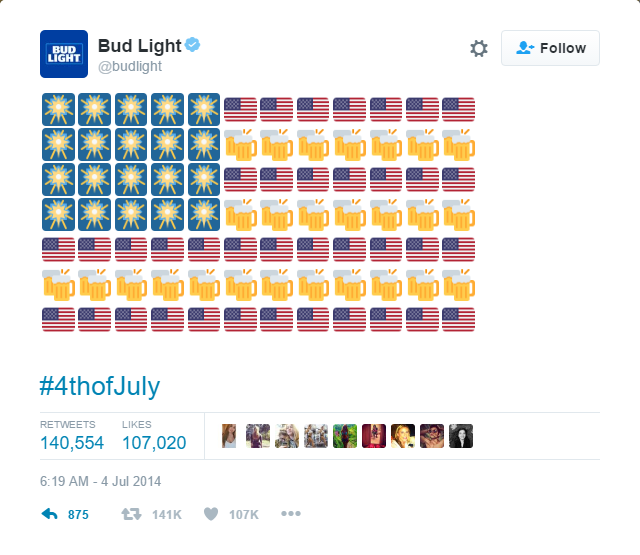 Emojis can also be used for engagement by turning them into a game, such as Tampico's "Emojiball" ad campaign, or by creating a custom emoji that people really love, such as this creative Spotify campaign: 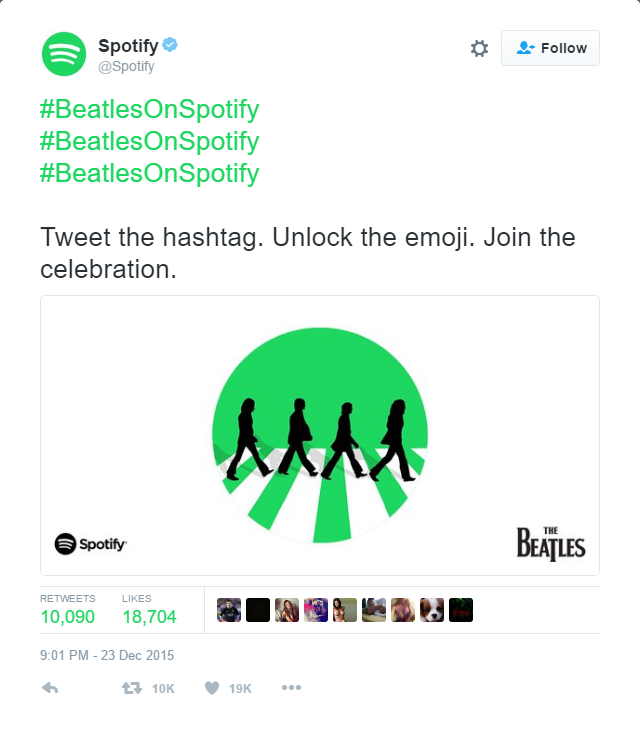 5. Tie emojis to your brand

The World Wide Fund for Nature (WWF) is dedicated to protecting the environment and preserving endangered species. To support this cause and get people tweeting, they released an #EndangeredEmoji Twitter campaign which donated £0.10 for every character tweeted. 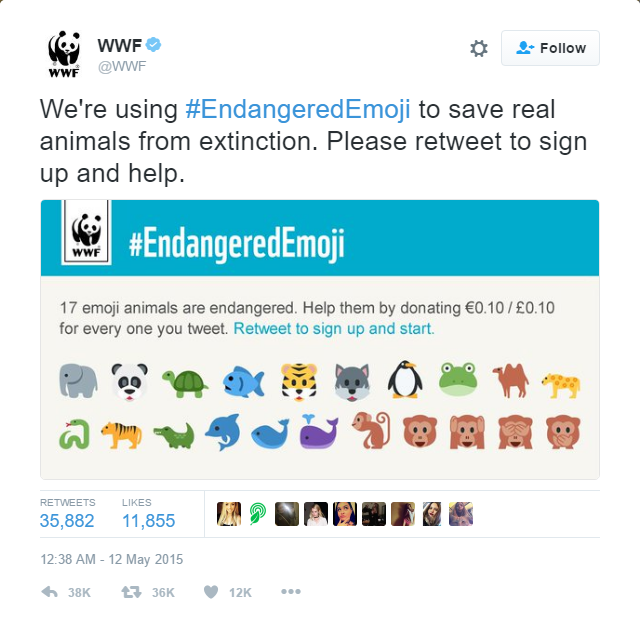 With this campaign, WWF ingeniously tapped into one aspect of emojis a lot of brands ignore - their cuteness. The campaign earned more than 35,000 retweets and 11,000 likes.

Another example is the #HeForShe campaign, which advocates for gender equality. This campaign earned 115% more social media mentions thanks to the creation of a custom emoji and the backing of many well-known celebrities. 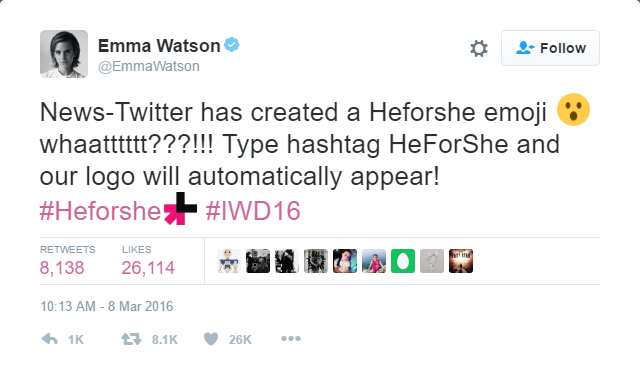 In this case, the emoji didn't sell itself on cuteness; instead it became a symbol around which people could rally.

If you decide to create custom emojis for your brand, these three things might make all the difference:

6. Incorporate emojis into your sales funnel

Domino's 'Easy Order' campaign is the poster child of brilliant emoji marketing. Far from settling for simple brand promotion, Domino's made it possible for customers to order pizza with an emoji.

All pizza-lovers have to do is set up a Domino's account with their favorite order, link their Twitter account, and then tweet a pizza emoji. That's all it takes to get a confirmation text from Domino's, and before you know it your favorite pizza's at the door. 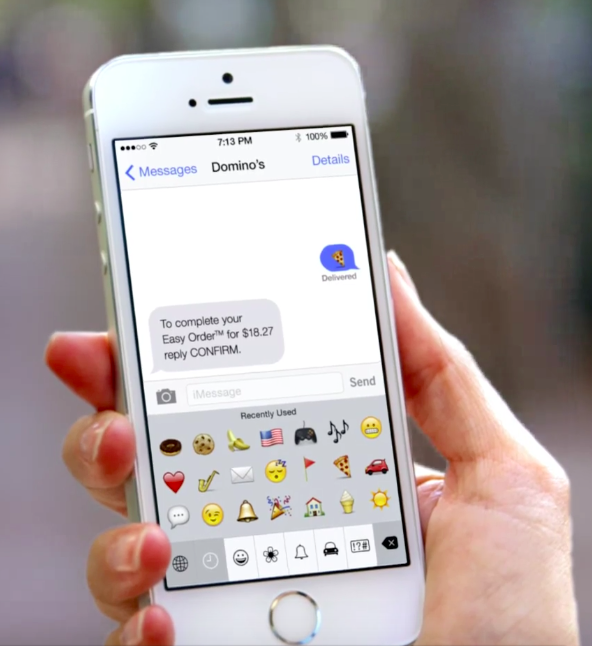 While most companies just use emojis to connect with their customers and promote their brands, Domino's managed make an emoji a core sales feature.

Emojis give something back to online customer interactions that text, for all its merits, has a hard time conveying, such as emotional cues and an informal playfulness. Used well, they can be a powerful marketing tool.

And, whether you like them or hate them, they're here to stay.

Of course, to successfully incorporate emojis into your social media marketing, you need to carefully consider the same things you would for any outreach campaign:

Emojis have entered into the public vernacular in a big way, and as virtual assistants become more common and brands work to meet their customers on whatever medium they prefer; you can expect that emojis will continue to play a role in how we communicate.

"Currently 270 [billion] messages are sent per day and somewhere around 6 [billion] emojis [are sent] per day. Assuming the projected growth holds, this medium will become more important, not less."