Facebook Looking to Give Users More Control Over Their News Feeds

Facebook is experimenting with a new measure to provide users with more control over what they see in their News Feed. Really, they've been testing such options since April, when users reported the appearance of a prompt with an animated puppy in Facebook, offering them the opportunity to pick the friends and pages that they'd like to see at the top of their News Feed. 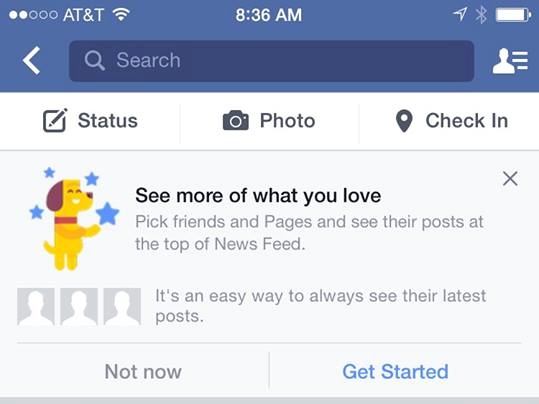 Once activated, the puppy then guided you through the process of selecting which users and pages you wanted to prioritize in your News Feed to ensure you never missed any of their updates. Now Facebook's extending this, with some users getting prompts to utilize a new option called 'See First'. The option, first reported by Josh Constine at TechCrunch, appears when you're looking at another user's profile - a prompt appears above the 'Following' tab with an option to select 'See First' from a dropdown menu within that tab. 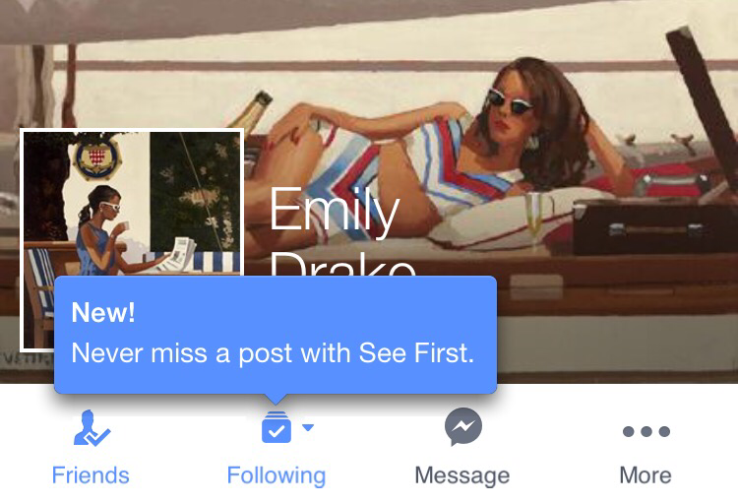 Exactly as it sounds, 'See First' enables you to select specific users as people you want to see first in your News Feed. Facebook also provides an image to demonstrate what 'see first' actually means, in a practical sense for users. 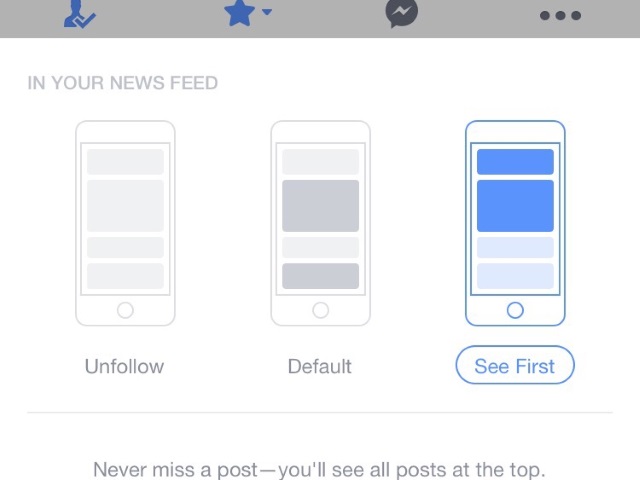 This is Facebook's latest effort to address user concerns with reductions in organic reach. As those reductions have taken effect (to the ire of social media marketers everywhere), it's lead to an influx of complaints from users about missing important updates from friends or family. This lack of control over the user experience rightly has Facebook concerned, hence their efforts to address this by delivering more control back to users.

If adopted more widely, this update could be a boon for marketers. If users are given the option to prioritize brand updates in their feed, that could lead to an increase in organic reach, and a re-establishment of greater connection with Facebook audiences. The fact that it's so simple to implement makes it even more beneficial, and it could become a major focus for brand pages as part of their overall Facebook strategy moving forward. For individuals, handing them more control over their News Feeds could be a positive step, even if viewed in terms of overall perception alone.

As with many Facebook features - particularly privacy controls - the perception of more control is normally more beneficial than the actual application, as most users don't bother to implement such refinements even when they're able. But knowing they can is significant - the reassurance of being in control is often more valuable than control itself. This was reinforced in a recent privacy study which showed that users are more concerned about privacy breaches when they feel they're being conducted in a covert manner, as opposed to organizations being upfront about data use.

In this sense, the outcome of such tests is only likely to fall in Facebook's favor - though no doubt there'll be some re-assessment if brand pages are handed greater control over the organic reach of their content as a result.