Convenience Vs Privacy: The Latest Study in the Data Tracking Debate 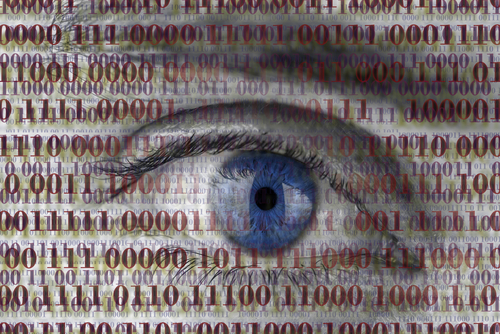 How do you feel about the way your data is used by social networks? Do you think you're generally aware of what information Facebook has about you, how LinkedIn uses your details? Are you confident that your personal information is not being sold off to the highest bidder, potentially for illicit purposes? When you think about it, that's a lot of trust to put into businesses - social networks - that are, at core, driven by profit. Facebook doesn't necessarily have your best interests at heart, they could sell off your data, if they wanted, and leave you increasingly more vulnerable to extortion or identity theft. Or could they?

Privacy concerns have been subjected to much debate over recent years, and will continue to be debated in future. The latest contribution to this discussion comes via a new study, conducted by the Annenberg School for Communication at the University of Pennsylvania, which has found that many Americans don't feel that the trade-off of their data for personalized services, giveaways or discounts is necessarily fair. In the survey:

It's clear from these responses that people are not totally comfortable with how businesses are utilising their data, however the framing of the questions themselves appears to bear some impact on the response. When, in the first instance, the question is posed as a trade-off, the response is negative, though not overly so, yet in the final question, where it's posed as something done without your knowledge, the response is very strongly against.

This element is one of the core issues of the privacy debate - when people are presented with an option to give up their privacy in exchange for something, the response is somewhat resigned, even accepting, a necessary trade-off to some degree. But when people are told they're being monitored without their knowledge, the whole angle of the debate shifts and an element of 'Big Brother' type fear kicks in. We're often happy to give up our data, so long as we have the option of actually giving it up, but we don't like it being taken from us.

The Devil's in the Details

The researchers investigated this notion further, digging down to the specific detail of people's understanding of how their data is being used: 43% of respondents were willing to accept a supermarket discount offer, knowing that the supermarket would analyse their purchase history and make assumptions about them. Yet people were far less comfortable to know how exactly that data might be used - only 21% would've been willing to accept that same discount knowing that the supermarket might use their data to determine how much money they make. Only 19% would accept with the understanding that the company may use their data to determine their ethnic background.

When you break it down, the depths of data research veer increasingly into creepy territory, and consumers are far less accepting when they know they're being categorised and targeted in this way. But they are, the only difference is in how much they understand it - and often gaining that understanding is clouded by the processes people need to undertake in order to do so.

A Question of Convenience

So, you've signed up for a heap of social networking sites and online memberships, right? And you've read the terms and conditions documents on each before you've ticked that box and clicked 'OK', right? Of course you haven't. No one has. But included within the wording of those documents is the exact depth of your personal data - and the freedom to utilise that data - that you're giving up in order to use that service. But no one ever checks. On one hand, it's probably easier not to, it's easier to go about your day without ever going into the specific details of how Facebook receives info about every web page you visit while logged-in and every process you undertake in apps you've accessed into using your Facebook credentials. It's easier to be ignorant of the fact that Facebook is using this data to create detailed psychological profiles of users, profiles that can then be used for many different purposes. Ad targeting is the most obvious one, and the one we're likely most comfortable with, but what about influencing how you vote? What about altering your psychological state? Hearing about those studies has, understandably, lead many to outrage, but it's all within the 'T's and C's' that you've signed off on. We'd just rather not know.

Over the years, Facebook has gone to great efforts to give users more access to their data, more control over what information is shared and utilised by outside parties. But more often than not, the ability control what information we share is ignored. Because it's boring. Because it's complex. All you wanna' do is play the next level of Angry Birds you're being asked to go through a list and confirm what information the app can access? Tick the box, move on. A big part of the reason we accept the utilisation of our data is convenience. And why not - everyone else is on Facebook. Everyone else has clicked 'Yes'. The wider spread of data and data use is as much fuelled by complacency as it is by anything else - it's only when confronted with the true depth of the data we're giving up, and how it may be used, that we suddenly re-think it. And that, in the end, may prove to be the ultimate license for social networks and other data collecting systems.

Social media networks are generating an ever-growing trove of data, all day, every-day. 90% of all the world's data has been generated in the last two years - all but 10% of the information we now have access to didn't even exist two years ago. The possibilities of data and data analysis are virtually endless, there's no way of knowing where all the information will take us, what it will show us about the human condition, about how we live. But along with that comes the risk of that information being exploited, being used against us unscrupulously. Whether you like it or not, you are being categorised. Your every action online is being tracked and added to your file and systems are piecing together those details in order to form very specific profiles of who you are, what you do - and ultimately, what you want. That's the next level of data and data translation, the ability for computer systems to learn so much about us that they'll be able to anticipate our needs and wants and provide us with content and search matches relevant to those needs before we even know we need it. Google's already trying this with apps like Google Now, you're being targeted with online ads right now that are getting more and more finely tuned to your specific details and traits every day. On the surface, that's not so creepy, but being categorized - being labelled as a certain type or certain group, that is.

Nevertheless, this is the way of the future, this is the way of social media and social media data. Your online persona may one day be the thing that dictates your media habits, your purchase decisions, even your career choices. Right now, LinkedIn data scientists are able to use the information gleaned from the profiles of their 364 million members in order to analyse and predict your career path. Their predictions get more accurate every day, as more people sign up - it's not unfeasible to imagine a future where your social media inputs will accurately indicate your future. Is that creepy? Do people feel comfortable about that? Here's the thing: it's already happening, and the only way to stop the data flow is to stop people using social media and other online sources. Given the current rates of adoption, it's safe to say that's not going to happen any time soon.