Reddit Turns 10: The History and Opportunity of The Internet's Front Page 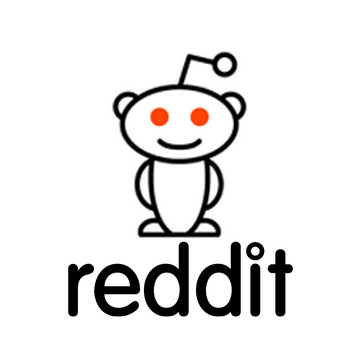 My oh my, social media is growing up.

Today marks the tenth birthday of 'the front page of the internet', Reddit. The social media-via-bulletin board site has long been a source of divisive and controversial content, but it's also built a reputation as a leader in online trends - much of BuzzFeed's viral content is said to have originated from Reddit (so much so that they put rules in place to ensure Buzzfeed gave relevant Redditors credit). And while the format and content is not for everyone, there's no denying that there's a great depth of information and insight available via the Reddit community, if you go looking. But that looking may mean you have to take in some sights that can't be unseen.

To mark the occasion, the Reddit team has released a stack of data about their ten years in operation, looking at the most popular content, platform growth, and detailing the charitable work of the Reddit community. Some of the numbers are truly impressive, including:

Whether you're a user or not, a fan or not, there's no denying Reddit's presence - those engagement figures are impressive.

Of their most viewed posts in 10 years, much of it is what you'd expect:

The listing reflects the crazy mix of content that is Reddit - yes, oddities and funny pictures reign supreme, but Barack Obama's AMA also sits high on the list. Reddit AMAs (Ask Me Anything) have become one of the best-known and popular features of the site - of those, the most popular AMAs have been (in order) Barack Obama, Gordon Ramsay, Sir David Attenborough, Bill Gates and Elon Musk. That's an impressive list, and the insights that have been shared via Reddit AMAs have been widely reported on by mainstream media as a result. Definitely, Reddit has shown it's a place in wider popular culture, and highlighted it's significant reach and influence over time.

"this comment thread really and actually has broken commenting site-wide many, many times, as every few months someone would find it and comment again and prevent it from archiving, until we had to specifically write code to lock this thread and preserve Reddit for all of you."

Such is the lawless and free-speech inspired community of the platform - telling them to explicitly not do something is likely to inspire that very action in response.

The Leaders of the Free World

This is another element that Reddit has long stood for - free speech. Reddit's community of anonymous users have view the platform as a place to share opinions and material without fear of judgment, so long as such content doesn't relate to anything illegal. This has always been a fine line - Reddit's been in the middle of some of the biggest controversies on the web, including last year's celebrity nude photo hack, where the stolen images were posted to Reddit and largely distributed from there (it became the fastest growing sub-reddit in the site's history).

Keen to move on from such associations, Reddit recently shut down several offensive subreddits for violating their updated terms of service. The move to increase censorship on the site has been criticized by many users. In response, some moved to another, similar site called Voat (which, itself, was subsequently shut down by European regulators for hosting unacceptable content as a result). In response to the outcry, Reddit's interim CEO Ellen Pao moved to reassure users that they won't be gagged or silenced. "We're banning behavior, not ideas," Pao noted in an official announcement.

The banning of subreddits has caused a level of discomfort within the wider Reddit community, and has many concerned for where the platform may be headed. Pao was brought in as CEO in November 2014, replacing Yishan Wong, and was given the task of making both the site and the company more welcoming in order to better monetize the platform. At present, Reddit is believed to be valued at around $500 million, though it's tread very carefully on monetization efforts, generating little revenue as a result. But the capacity for greater revenue is there, it's just a matter of working with the Reddit community to achieve it, a community notoriously opposed to marketing in any form.

Of course, given those impressive engagement figures, marketers are keen to get in on the Reddit community, but thus far, such efforts have not gone overly well. Pilot tried to insert themselves into the Reddit community by posting a meme of one of their pens with the caption "the only pen that matters". Redditors were less enthused by the product, and promptly ripped the company for their blatant advertising, with criticisms spilling over into the pen's Amazon reviews as a result.

Reddit AMAs, too, can quickly go awry, as Intel's CEO Brian Krzanich found when he tried to avoid answering the more difficult questions posed to him by the community.

No, marketing on Reddit is a more delicate balance, a fine line that needs to be treaded carefully and treated with respect. Nissan had a significant win when using Reddit for marketing in their pitch to sell their Versa Note small car, the first car available for purchase via Amazon. Yet, even in that case, there were moments when the whole plan could have come off the rails.

The key to marketing on Reddit, really, is listening. The Reddit community is very culturally savvy, very aware of marketing hype. Going in with blatant promotional messages will not fly on the platform. To best ingratiate yourself with Reddit's users, you need to understand what's being discussed, how it's being discussed, and where/if your brand fits.

But the biggest value of Reddit may be in simply listening. Reddit discussions are often a step ahead of trends, and getting onto them early can be a big boost for brands, if utilized well. Apps like PopURLs can help you stay on top of Reddit content by showing you the top trending discussions at any given time, and things like TrackReddit can keep you up to date on relevant conversations by tracking keyword mentions on the site. The primary demographic bracket for Reddit users is 18-29 year-olds - if that's your audience, it's worth listening in and seeing what's being discussed, either to get a jump on the competition or connect with potential fans direct via the platform.

However you view it, Reddit definitely has a place in the wider social sphere, and is something worth being aware of and listening to. Platform changes could see Reddit growing significantly or fading out, but there's a strong community of intelligent and dedicated users sharing millions of thoughts every day. On its tenth birthday, it might be worth clicking over to Reddit and seeing what's happening - maybe you'll uncover something that you never even knew existed.