The truth is, LinkedIn's messaging system has always kinda' sucked. It's old-school styling and stiff nature made it very difficult to use - or not so much difficult, but non-intuitive, it's never been easy to do things quickly via message on the LinkedIn platform. LinkedIn have heard such complaints over time, they've taken note, and today, LinkedIn announced a major update to their messaging functionality. 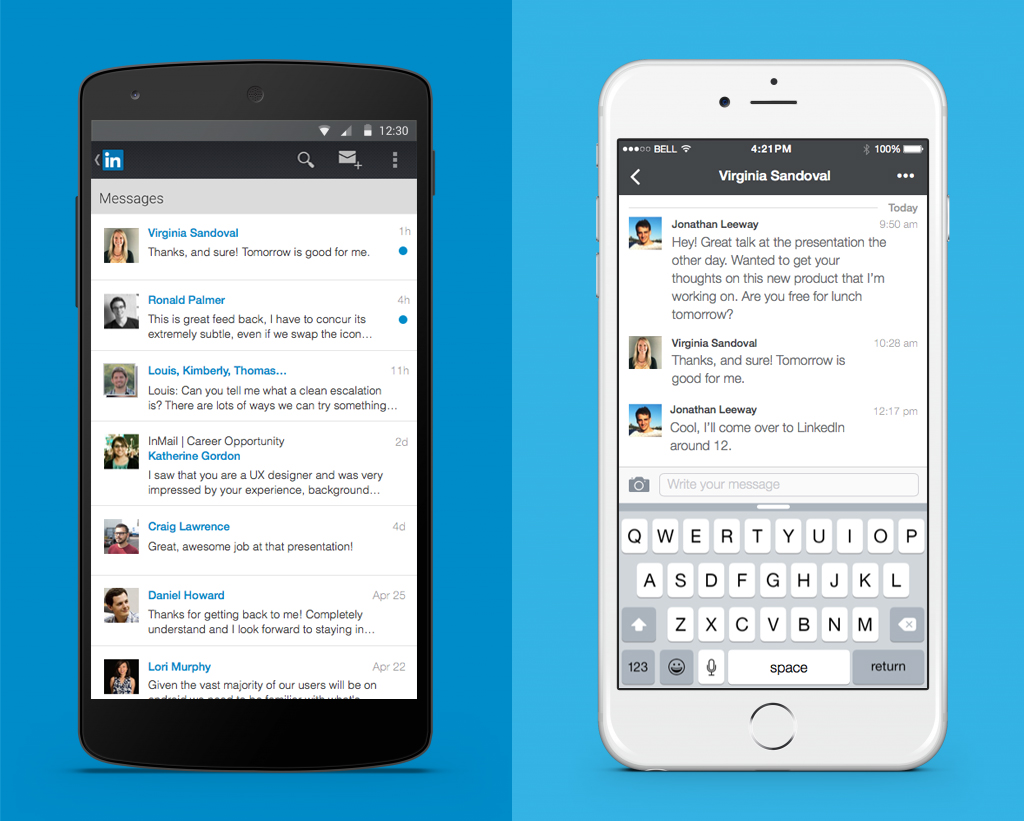 "If you're like me, you're probably having more and more short-form and casual conversations with your professional peers every day. As you would over text or in-person, it's now easier for you to have meaningful yet lightweight ways to reach out and light up your professional relationships through conversations."

To meet user demand for improved messaging functionality, LinkedIn have re-built their message service "from the ground up", making it cleaner, more streamlined - and yes, more intuitive in response.

To start with, LinkedIn have built in a new chat-style interface, similar to Facebook Messenger and other direct message apps. 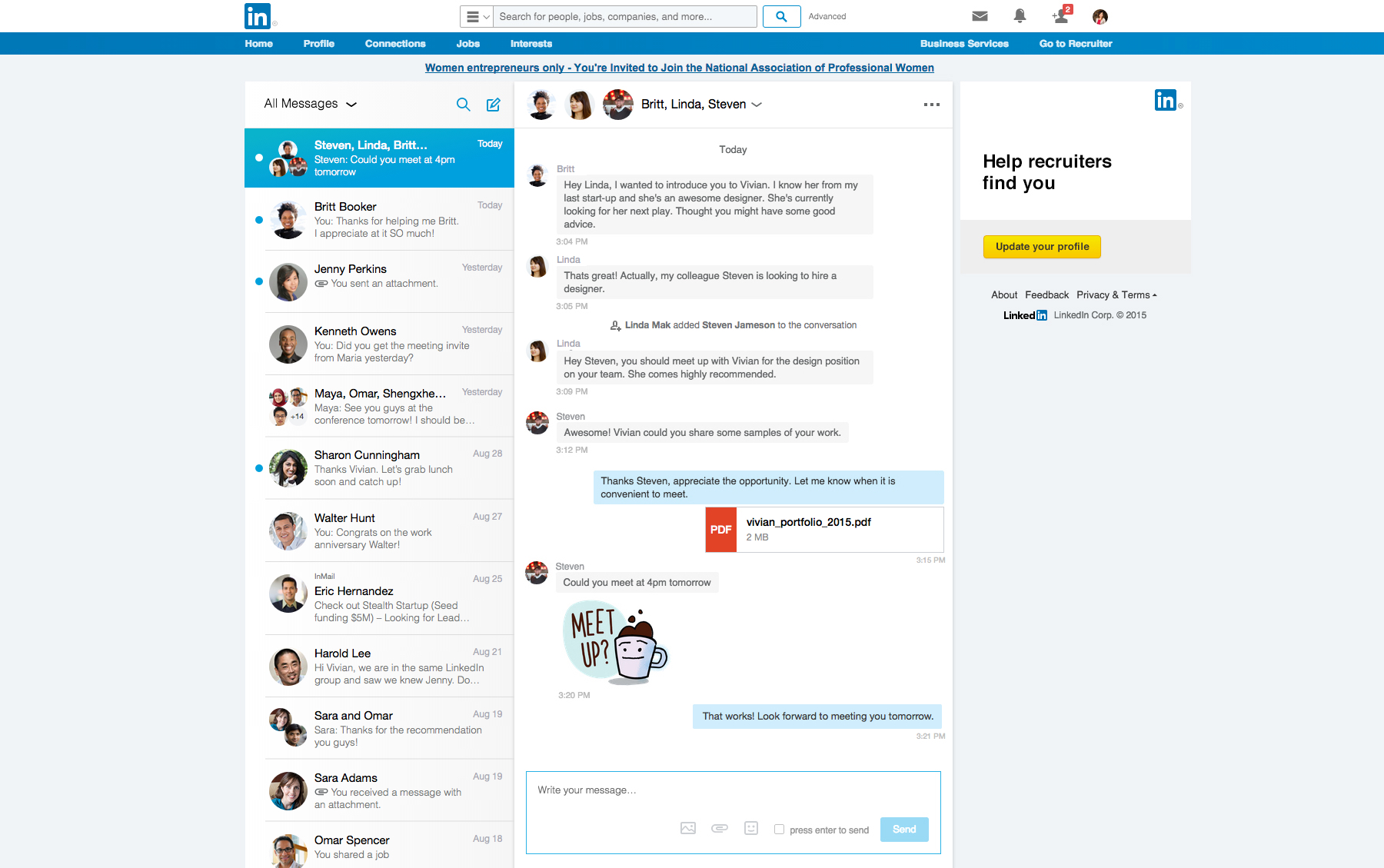 As you can see, your previous interactions with each person are now threaded, making it easier to keep track of the wider context. This is a big improvement - it's always been difficult to stay up with your previous communications with people via LinkedIn's messaging system, particularly sent messages, which required you to go into another folder. The new interface makes it much easier, and much cleaner, with an easily accessible track of your interaction history with each person via the LinkedIn platform.

As you may have also noticed, you can now add in emoji to your LinkedIn messages.

"In addition to being able to attach photos and documents to your messages, now you can also add stickers, emojis and GIFs to insert a little extra personality into the conversations you're having 1:1 or with a group on the new messaging experience."

How widely used that function will be on the professional social network, who knows, but emoji and image-based communications like this are rising in popularity, particularly amongst younger users. It could, possibly, grow to become a hugely popular feature.

Another, smaller element of the update relates to how you manage your invitations:

As noted, a minor element, but a relevant one nonetheless for regular users.

In the final notes of the update, LinkedIn says they are "hard at work" exploring the possibilities of how to extend the messaging experience on the platform, including this interesting tidbit:

"We're excited about concepts like intelligent messaging assistants that can help suggest people you should message or provide you with relevant information about that person before you start a conversation. Or the possibilities with voice and video to make conversations more compelling."

Either of those additions would be significant, and would change the way messaging is used on the platform. While automated systems like this are always a bit hit and miss, LinkedIn has a massive database to call on for reference - the professional histories of 380 million members around the world, to be exact. Given this data source, it's possible that LinkedIn could create a highly intelligent automated system that would be able to suggest relevant people to contact based on very refined data points. Any addition of voice and/or video, too, would be significant.

Overall this is a sold update for LinkedIn, and one which is long overdue. While LinkedIn has steadily increased its hold as the world's leading professional network, it has, at times, felt like it's not moved with progress in the wider social landscape, and some of their on-platform features have felt stifled. Updates like this show that LinkedIn is listening and is moving with the times - maybe a little slower, but then again, slow and steady wins the race.