Have you ever wanted to poll your Twitter audience to get a feel for their response to a certain query or dilemma? Well soon, you might be able to do just that, with Twitter confirming that it's experimenting with a new polls in tweets option. 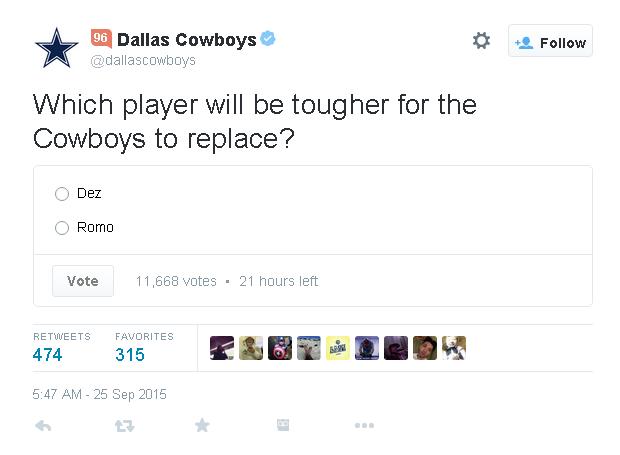 The feature has been enabled for a small number of users and is viewable on both mobile and desktop versions. According to Venture Beat, the polls in the experiment all have a 24-hour time limit, though that may only relate to the test period. The polls have been seen cropping up from various Twitter users, including Twitter employees and media identities. 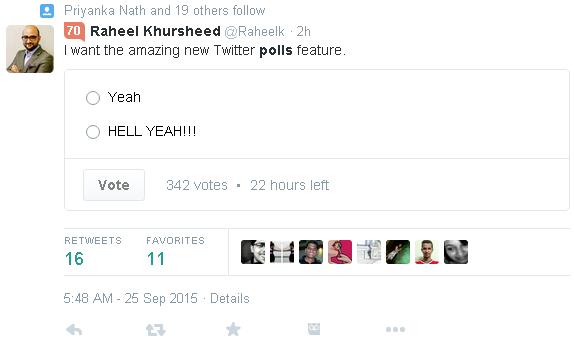 Of course, polls have been available on Twitter previously, though only through Twitter cards, and they've experimented with variations on this option at different stages. This is the first time, though, that polls have been introduced as a native function within the regular tweet composition process.

Polls, for those that have access, are activated within the tweet window, alongside the 'Add Media' and 'Location' options.

Image via The Next Web

It's an interesting addition, though it's hard to say, at this stage, how effective or welcome polls might be. For brands with large followings, definitely there'd be value there, but those with low follower counts might not get adequate enough response to inform decision making. Alternately, if polls are rolled out to all users, there could be an influx of random questions which may impact overall user experience.

That said, overall, the addition of polls seems like it should be a positive - it'll be great for those that find it useful and ignored by those who don't. And while the initial novelty may see a bunch of random questions flooding out, you'd expect that type of response would die down pretty quick.

There's no word from Twitter as to what they're aiming to see in their initial tests or if/when polls might be rolled out more widely.