Facebook's giving you a new way to broadcast live on the network. Well, new if you didn't already have it - they've been rolling it out for a few months - but now, all users can live-stream from their desktop PC, in addition to their mobile device. 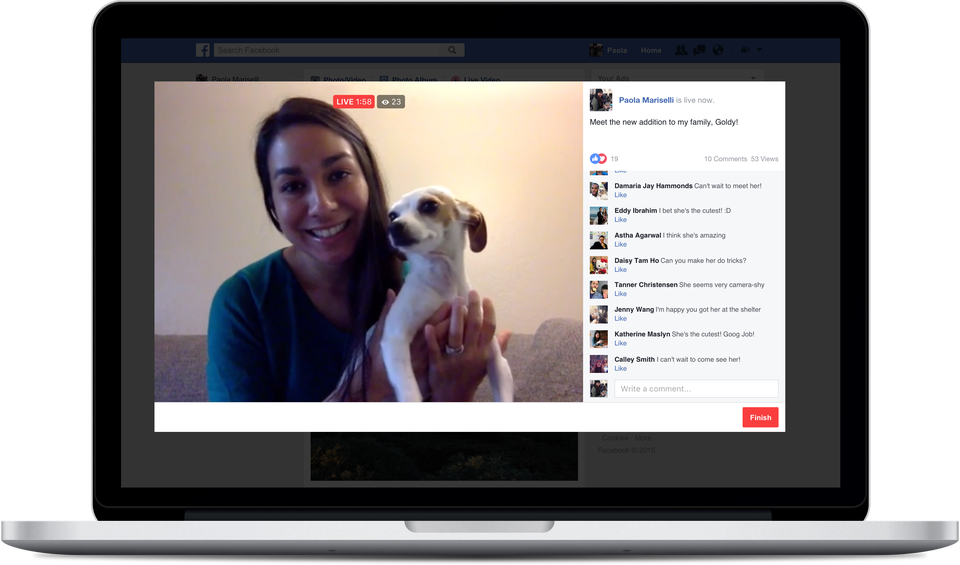 "While it's been possible for people to go live to Facebook from mobile devices since last year, desktop or laptop computers provide a stable camera setup that can be beneficial to many types of Facebook Live broadcasts - from Q&As to vlogs to tutorials to any broadcast from someone who isn't on the move."

The option provides additional differentiation from Twitter's Periscope - but the focus of the announcement is clearly on the gaming sector, where Facebook has slowly been nudging into the territory of gaming leader Twitch.

To start a live broadcast from your PC, you can now click on the 'Live Video' option from the top of your News Feed or Timeline which will open up a new broadcast window. 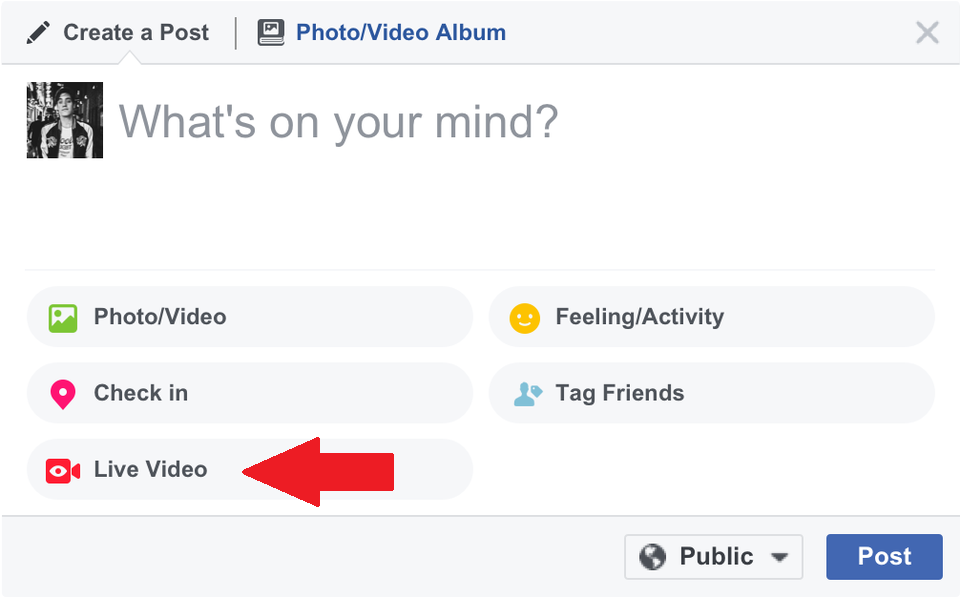 But as noted, Facebook's main focus here is on gaming - the actual announcement photo reminded me of the gamer character from TV show 'The Middle'.

In addition to the expansion of the ability to live-stream from desktop, Facebook's also added a new feature which "makes it easy to use streaming software or external hardware when going live from a computer".

The functionality was previously only available via Pages, and will enable users to share their screens, insert graphics, switch cameras, or use professional equipment in their Facebook Live videos. Users will also have the option to broadcast to Facebook Groups they belong to, Facebook Events they're part of, or Facebook Pages they manage.

"If you're a gamer, this new feature makes it easier than ever to stream your PC gameplay to friends and followers and engage with them while you play. If you're giving your friends or followers a tutorial or how-to guide, you can incorporate on-screen graphics, titles, and overlays. Or if you're an artist, you can go live and switch seamlessly between cameras as you narrate the process."

So why is Facebook so keen to appeal to gamers?

For those unaware, eSports - which is competitive video gaming - is huge, and not only as a practice in itself, but also as a spectator sport.

According to research by newzoo, global eSports revenue is projected to top $1.07 billion by 2019, with China and South Korea leading the way. 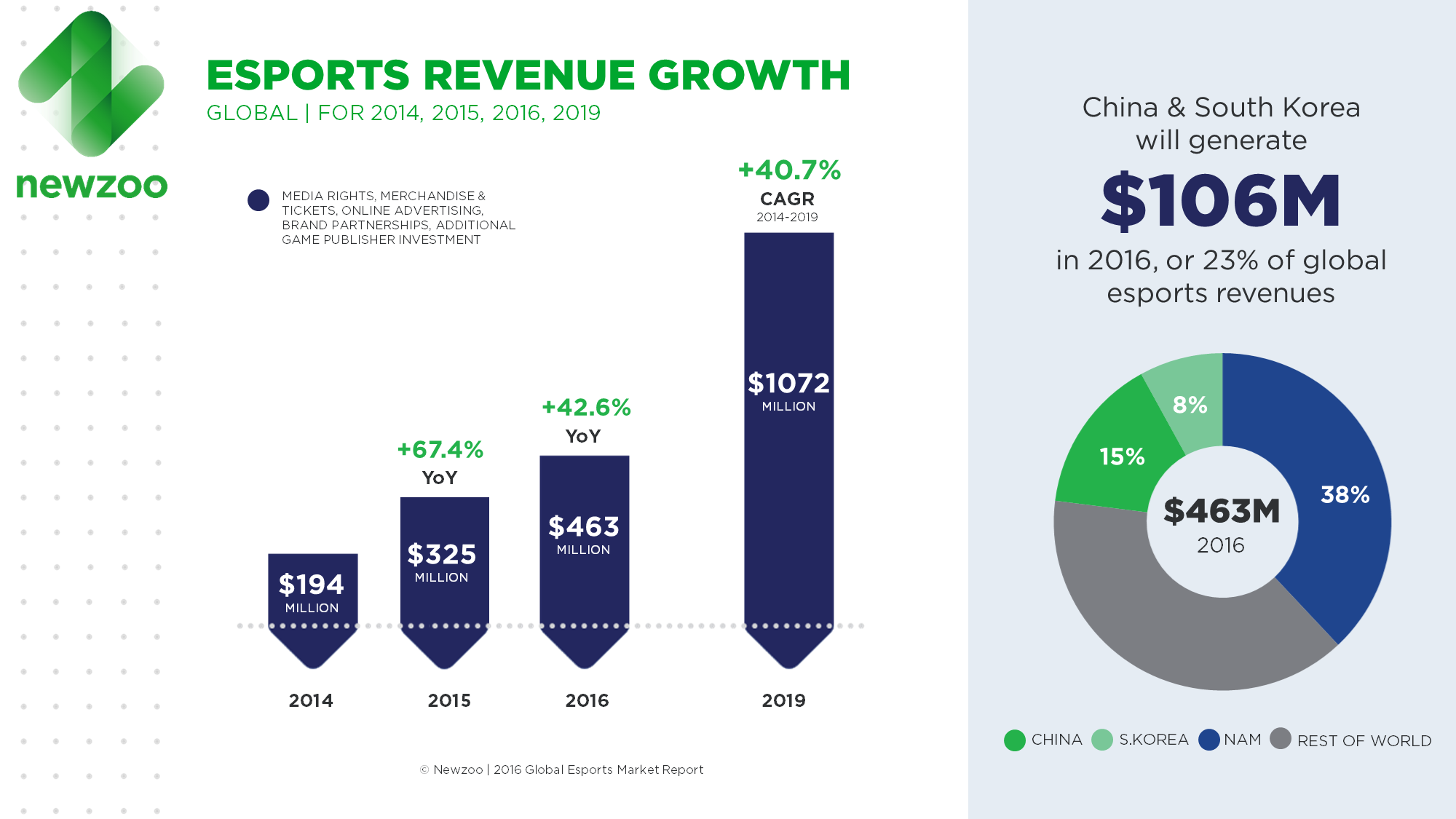 The undisputed leader in eSports and gaming is Twitch, which boasts 9.7 million daily active users - and a staggering '106 minutes watched per person per day'.

Note the presence of Facebook in that first chart. That's the sort of provoking that tends to get under Zuck's skin.

But jibes aside, the gaming market is massive, and growing, and both Facebook and YouTube are working to boost their appeal to this audience.

YouTube announced YouTube Gaming back in 2015, which they've been tweaking ever since, while Facebook announced a new partnership with 'Warcraft' maker Blizzard Entertainment last year to build social logins and Facebook's live-streaming API into Blizzard games.

And while Twitch's community is fairly embedded, there's also clear demand for gaming-related content on The Social Network - according to TechCrunch, more than 650 million people already play Facebook-connected games. And then, of course, Facebook is used by over 1.2 billion people every day, giving them unprecedented scale.

Similar to their advances on Snapchat, if Facebook can provide a 'good enough' gaming experience, on the platform where all of your friends are already active, maybe they can start to take some real market share, while also establishing a stronger foundation for the future development of eSports and gaming popularity.

In addition to this, the focus on gaming for Facebook Live could also see them expedite their live-stream payment options.

On Twitch, viewers can make donations to broadcasters via a system called 'Cheering', which, as explained by The Verge, enables commenters to "purchase animated chat emotes with real money, with broadcasters earning a share of revenue".

YouTube recently added a similar tool called Super Chat, which enables viewers to pay to have their comment featured more prominently within a chat stream.

While Facebook hasn't followed suit on this as yet, there is a payment option built into the back-end of Live, with a 'Broadcast Tipjar' element listed in the code.

If that's rolled out more widely, it could give all live-streamers more reason to switch to Facebook, given the larger potential audience reach - and thus, higher earnings potential.

Even if you're not a gamer, the capacity to go live from your desktop adds another consideration to the process, and will appeal to those running webinars or Q and A sessions on The Social Network.

And if Facebook does look to push harder into the gaming market, the potential benefits could also apply to a wider range of streamers.

Users can go live with streaming software or external hardware directly from News Feed, your profile, or the direct link here. Facebook's also provided a step-by-step guide to help.