Facebook has announced the latest stage of their VR social platform with a new VR app called 'Spaces' within which you can virtually interact with friends.

As you can see, Spaces provides a virtual platform for you to interact, where you can dictate the surroundings and engage with friends, all in real-time.

Facebook first showcased their advanced AI tools last October, with virtual avatars that respond to your real world actions, like talking. This makes VR seem more personable, providing you with a digital presence, and Facebook's taken steps to make the process of creating your own virtual representation easy with tools that generate a character based on your Facebook profile photo (or any other you choose).

Once you have your base avatar, you can customize it to your requirements.

Within Spaces, you can invite Facebook friends to join you - it's likely that not too many people will have a heap of friends that are able to utilize VR at this stage, but for those that can, you can use the Spaces interface to invite them.

Within Spaces you can draw in the air and interact with each other's creations, while you can also access VR and 360 videos to "virtually transport you to new places".

You can also call your non-VR enabled friends within Spaces to gloat about how awesome it is. 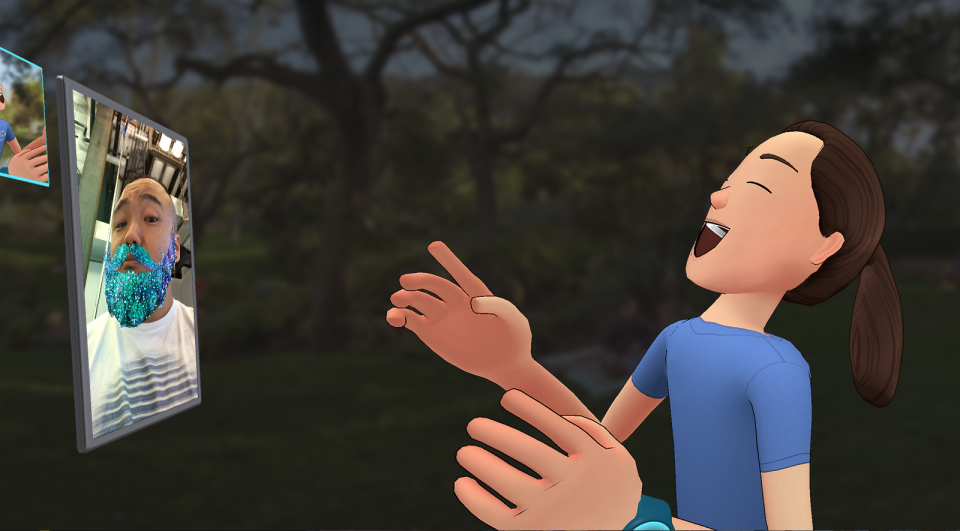 There's some interesting experiences here, but really, Spaces is only the first stage of social VR. As noted, the current requirements for VR technology are still fairly expensive, so we're not at the stage where it's likely to see widespread adoption just yet, but Spaces provides an interesting window into what we can expect with the next evolution of social media, and how we can take our on-platform engagement to the next level.

Virtual reality is the future for Facebook - CEO Mark Zuckerberg has noted this himself several times, and they're investing big in making that next stage a reality.

Spaces, while it may not be the thing that takes VR to the masses, is a great primer to get you thinking about the possibilities.