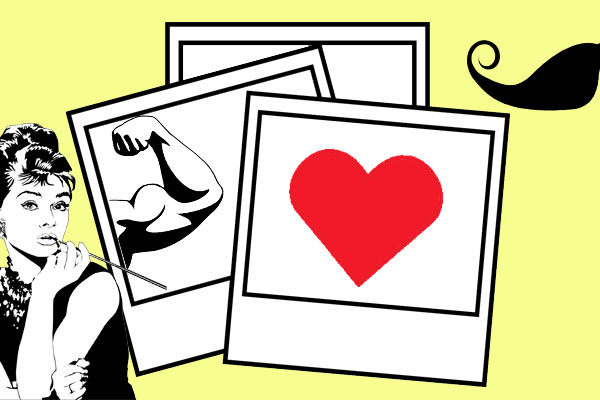 Have you ever wondered why there are more women than men on Pinterest? Or that trolls are more commonly male?

In this post, we'll look at some of the more gender-specific behaviors on social media, the motivations behind such actions and what it means in our wider understanding of social behaviors.

We can't infer, however, that women aren't interested in abstract topics enough as to share them. One of the reasons why female users may be more reticent online is negative feedback. Indeed, women receive more abusive comments when expressing their opinions. A telling example is this Twitter experiment conducted by British journalist Martin Belam - Belam created a spoof account in which he pretended to guest-tweet as different male and female celebrities. When he presented himself as a woman, the account received significantly more offensive comments, and even blatantly misogynist ones.

Research conducted by The Guardian found similar - an analysis of 70 million readers' comments on their website showed that 8 of the 10 most abused journalists were women.

Depending on what men and women like to talk about on social media, their platform of choice will also vary. Female users generally prefer visual platforms, while men gravitate to more text-oriented mediums. Indeed, Pinterest, Facebook and Instagram have a larger female user base, while online discussion forums such as Reddit or Digg count more male users.

So why are women more drawn to producing and sharing visual content? Tallinn University sociologist Katrin Tiidenberg believes the answer may lie in the traditional female role in the family - in all societies mothers have been historically responsible for taking family photos. In this sense, Instagram is a modern continuation of a female practice that began with the popularization of photography.

Maybe this can also help explain why women post more selfies than men: the Selfieexploratory project for example analyzed 3800 Instagram selfies from 5 cities across the world and found that the number of female selfies is always significantly higher. A recent study from the Ohio State University even suggests that men who take a lot of selfies tend to have narcissistic or psychopathic personalities.

But it's not just a knack for photography that makes girls strike a pose.

Trimmed up for some likes

All content we post - photos especially - is motivated by a desire to make a good impression on others.

Women and men, however, differ in their self-presentation on social media. For example, women post more portrait photos with direct eye contact, while men prefer more full body shots that include other people. Male users are also more likely to post more outdoor photographs which present them in a more adventurous light.

These differences are even more pronounced among younger users - several studies have shown that teenagers often use gender stereotypes to build their social media personas. For instance, teenage girls are more likely to post overtly seductive photos of themselves, while boys are more inclined to share pictures related to risky behaviors, alcohol or sex. Girls also tend to share more 'cute' pictures, too (think of those puppies).

A Northwestern University study also found that male users are generally more self-promotional on social media and are more likely to show their creative work, like writings, music or videos, online. Almost two-thirds of men reported posting their work online compared to only half of women.

Men are more likely to use authoritative language and more formal speech than women. Males respond more negatively in interactions, as well, whereas women tend to use 'warmer' and more positive words.

It's even possible to identify the gender of social media users solely based on their writing style. Academics from John Hopkins University analyzed the language of Twitter users and found that women use more emoticons and put increased emphasis on punctuation, included ellipses, repeated exclamations (!!!) and puzzled punctuation (?!). The expressions "OMG" and "lol" are also predominantly used by females, while the affirmation "yeah" is more strongly associated with men.

Congruent with this are the findings of a content analysis of 14.000 Twitter users. Researchers identified the 10,000 most used lexical items (both individual words and word-like items such as emoticons and punctuation) and discovered that female authors write with more personal pronouns (e. g. "you", "me"), use non-standard spelling of words (e. g. "Nooo waaay"), and more hesitant words ("hmm", "umm"). Offensive and taboo words, on the other hand, were strongly among male users.

Men are also more likely to engage in trolling, or aggressive language, online. Psychology Professor Mark Griffiths says that the prevalence of male trolling may be related to the fact that men use the Internet as a way to vent their aggression, something they're not able to do in face-to-face communication, unlike women.

Interestingly, male language also appears to be more possessive - male Facebook users include the possessive pronoun 'my' when mentioning their 'wife' or 'girlfriend' more often than female users talking about their husband or boyfriends, found another research team.

Men and women communicate differently in real life, which naturally reflects how they use social media. They post about different things, prefer certain platforms and even use language differently. Some findings might appear obvious, others are unexpected: what strikes you as most intriguing? 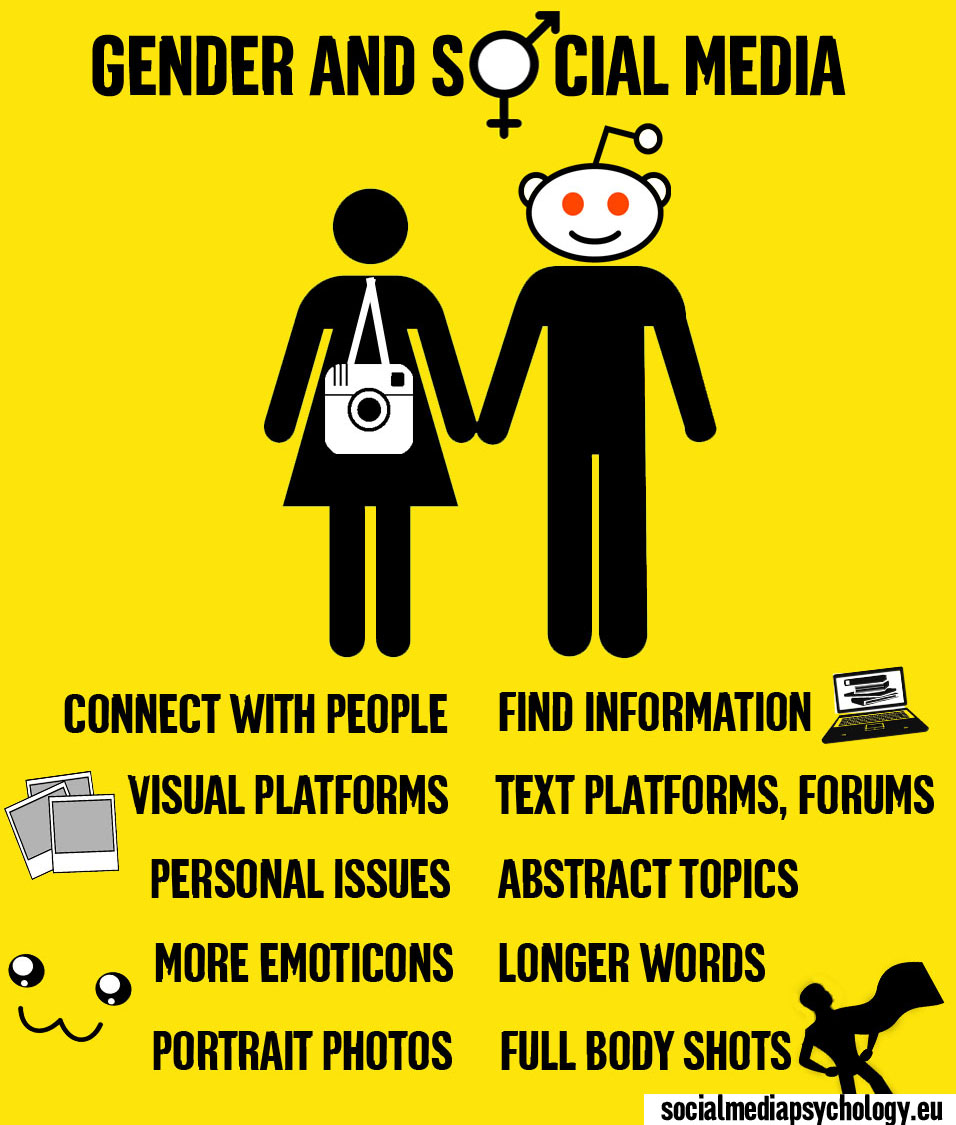