Like them or not, emojis have become a legitimate communications option, particularly among the growing number of people communicating via mobile device. Emojis add an additional level of context, in fewer characters, and the data shows that those tiny cartoon-like characters have become popular on virtually every platform. Okay, maybe not so much on LinkedIn, but every other one.

As such, it makes sense for Twitter - where character limits are a core part of the experience - to better facilitate their use, which they have done with sponsored hashtag emoji options, searchable, emoji-like stickers and even emoji targeting for ads.

And now, you can conduct Twitter searches entirely by emoji.

The functionality is available on both desktop on mobile - in the search field, you can enter any emoji, or combination of emojis, and it will return a listing displaying how people are using them in their tweets. On desktop it's a little harder, of course, as you don't have an emoji keyboard, but you can cut and paste emoji characters and enter them in.

So what use might this have? It could help in honing in on relevant audiences who are engaging with certain emojis related to your business.

For example, when Twitter announced the capacity to target ads via emojis, it sounded a little silly - surely that's not an effective ad targeting option, right? But on closer inspection it actually makes some sense. Take a look at this example of usage of the pizza emoji on the platform (as tracked via Emoji Tracker) 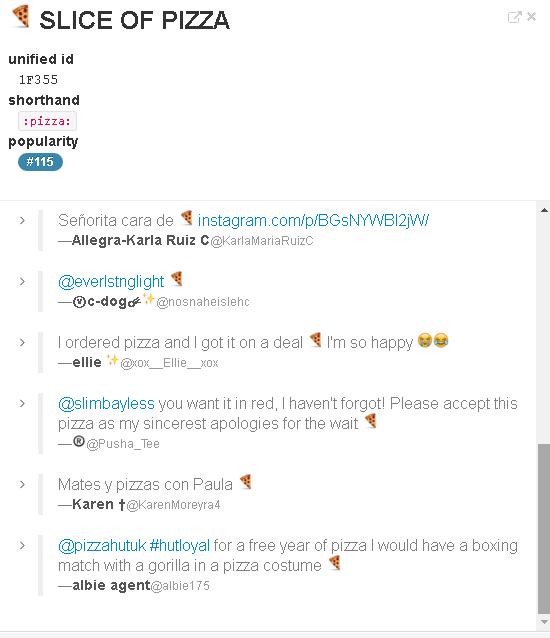 That's not an absolute pointer to your target audience, but these people clearly do like pizza, they're not using the emoji in an ironic or off-topic sense. If you were to combine emoji targeting within a certain geographic radius, it might just prove to be an effective option in this regard.

Having the ability to search via emoji on Twitter could help provide more context, both from an outreach and usage standpoint. For instance, next time you're thinking of adding an emoji to your branded tweets, you can now conduct a quick Twitter search to ensure you're aware of common usage, helping to avoid potential mis-steps.

Also, searching for combinations of emoji could help you hone in on specific discussions and audience - for example: 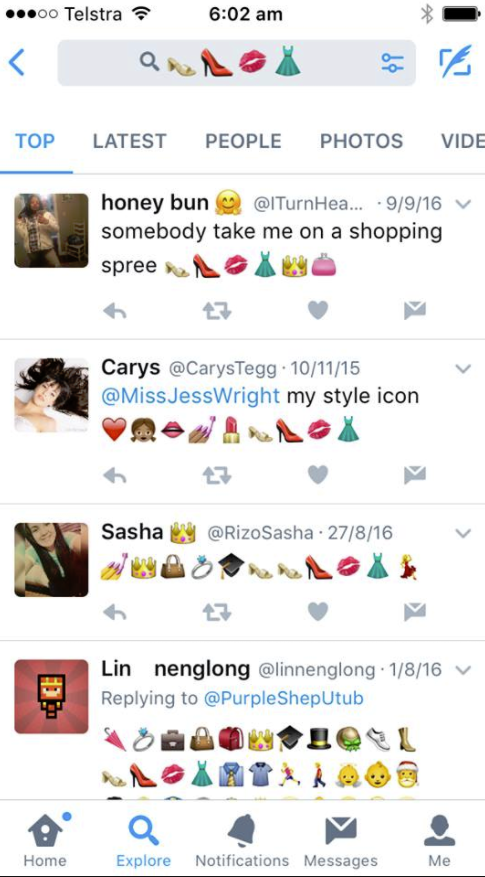 A combination like this might, possibly, help you find people who are looking at shopping options and engaged in fashion-related discussion.

By trying out different combinations of popular emoji within your niche, you may be able to find some connection to relevant users, which you can then use for targeting.

Along a similar line, I was alerted to another functionality this week which may also come in handy. If you're a Hootsuite user, type /gif into your composer window. 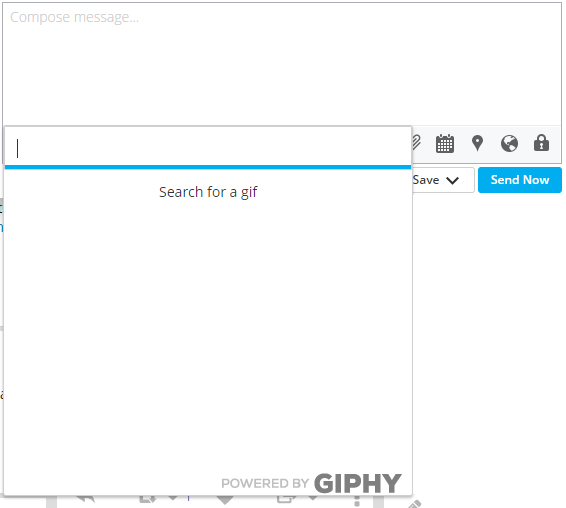 Now you can add GIFs from GIPHY direct within Hootsuite. No more having to save them to your PC then attach them as images. The functionality has actually been live for about six months, but not many are aware of it. GIPHY stickers are also available in the Hootsuite Enhance mobile app.