'Zuckerberg's Giving Away $4.5m' and Other Tales from the Internet

Dear people of the internet,

While I can see how it could be tempting to believe that Facebook CEO Mark Zuckerberg has turned into some crazed, eccentric Howard Hughes-type, hell-bent on giving away his fortune for the good of Facebook users. While I can see it, and I can imagine how people might read a post like this:

..and think, 'really, well if it's on Good Morning America it must be true' - and I know it might be tempting to believe, it's not true. In fact, when you think about it for a moment, it makes absolutely no sense; why would Zuckerberg - or anyone for that matter - give away millions at random? This is literally one of the evil schemes concocted by The Joker in Tim Burton's 'Batman'.

Of course, Zuck and his wife Priscilla are planning to give away a large portion of their Facebook stock - earlier this month the couple announced plans to donate billions of dollars to charitable causes in an effort to use their wealth and status to improve the world. That announcement was met with varying levels of both praise and skepticism - but the core of the Zuckerbergs' plan relates to realizing the full potential of humanity and 'promoting equality in order to create a world where people can become whoever and whatever they dream to be'. Not playing Willy Wonka and handing out metaphorical golden tickets to random Facebook users as a means of highlighting the power of the platform.

While it's nice to think that somehow, someway you might come across a heap of money one day - that somehow the fates might smile upon you and provide you with some sort of lucky windfall that would solve all your life problems - the chances of it actually happening are slim to none. No one's giving away money for nothing - even the Lottery requires people to pay for tickets in order to offset the costs.

This one goes into the file tagged 'internet hoaxes' and stored on Snopes for posterity in the hopes that we can all learn from such instances and be less gullible in future. But of course, it won't work, people will still share the next hoax story, and the next, and the next one after that. But whenever you see a new story like this, a viral post being shared by friends that seems too good to be true and you can't help but feel like you should click 'Share' on the off chance that this time it's for real, that this time it might work, just ask yourself 'does this make any sense?'

Also, just because a post mentions 'Good Morning America' to boost it's perceived credibility, is there any actual video footage to support that claim? You have all the resources of the internet right there, in the same place that you're able to come across such stories - it might be worth using them before clicking that button to avoid the embarrassment of highlighting your own gullibility.

Or, share away - maybe it'll come true this time. Or next time. Maybe this one will actually work.

Next time you do come across a post like this, I implore you to imagine it being announced by this guy: 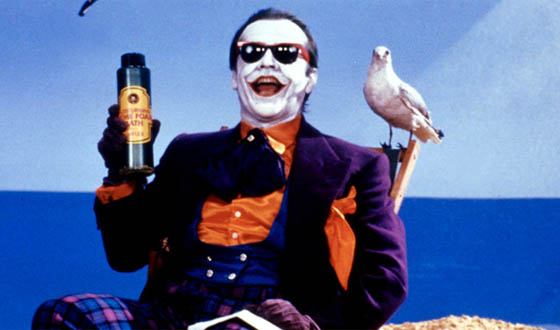 Fake seagull and all.

Good luck and thanks for your attention.