The focus of this column is big brands, and they don't come much bigger than Intel. Founded in 1968 by a chemist and a physicist, the tech giant is synonymous with invention and innovation. Over the years, Intel has evolved through the many stages of information technology expansion - and social media is no exception. Truly, Intel's social media presence is great - they're active on almost every platform, they maintain awareness in every market via social. Of all the research I've done for The Big Brand Theory, Intel's may be the most complete social media presence I've come across.

I had a chance to chat with Kristen Hardeman, Consumer Marketing Manager at Intel Australia, to get the lowdown on Intel's approach to social and the value of social interactions for such a huge tech company. 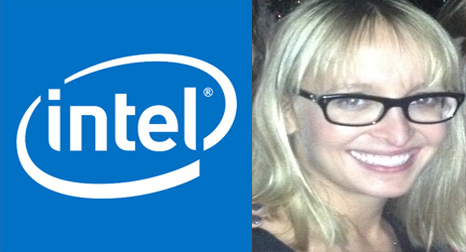 "We really like to tell stories and have conversations with people about the latest technology," Hardeman told me. "I mean, technology overall, but especially Intel technology and how it enriches people's lives. And we do think it's important to have a local point of view as well, which is why we have a local presence across so many social platforms and so many different countries, to have that local tone of voice, and we can talk to people about activations things happening on the ground, or promotions and events that our partners are having, and we can make sure that we're speaking to people specifically, relative to their region, and not coming across like a big, global company."

This ethos was one thing that stood out in our conversation, that Intel places a very high value on being present for their audience in the places where they're at, be it geographically or platform-relative. And their approach is clearly working - Intel has close to 25 million likes on their main Facebook page, with each region also maintaining its own local presence. The main Intel Twitter handle has 4.16 million followers and an impressive re-tweet rate of 83%.

While huge brands like Intel do tend to have correspondingly large followings, Intel's social footprint is in the upper echelon of brand presence (they're currently the 23rd most liked brand on Facebook). I asked Hardeman about the company's Facebook presence and how Intel approaches content strategy on The Social Network.

"We try to publish and have conversations around a mix of different content - everything from sharing news or cool facts about technology, stuff that we know our fans are already interested in, and we also use it to get fans involved with what we're doing on a local level," Hardeman said. "We try to make sure it's a nice mix - sometimes it's purely entertaining, sometimes it's a joke about technology that we know people are gonna' want to share. Sometimes it's about a new product that's launching, sometimes it's a bit more sales-driven, in terms of a special offer. We make sure it's a nice mix so that our fans get something different from us every day."

This platform-specific approach to Facebook underlines what most already know - Facebook fans tend to respond better to a more light-hearted, shareable content mix, which Hardeman reinforced when I then asked whether Intel considered Facebook its primary platform in social communications. 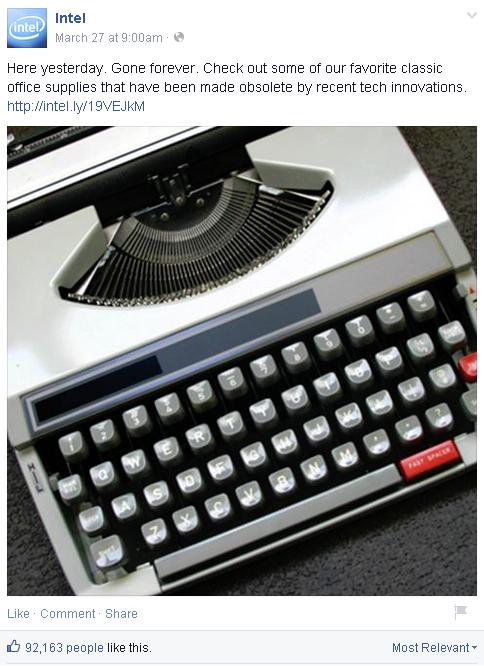 "For Intel Australia, specifically, we focus on both Facebook and Twitter - those are the two social platforms we spend most of our energy on currently, and I think they're both awesome platforms," Hardeman said. "Some of the stuff we use across social is similar, but often what resonates on different platforms is very different. With Twitter, we find it's a bit more real-time, a bit more topical - it's great for news, for product launches. We find that anytime we put content on Twitter that prompts discussion, or even debate, that people on Twitter respond really well to that, and also we find that when we want to link off-platform - so link to different articles or product reviews or blogs - that works really well. Whereas on Facebook we tend to put content out that's a little more light-hearted, it's a bit more fun, short format. We don't link off-platform as much cause people aren't as open to doing that on Facebook, it's more about shareable content. So we try to utilize them in slightly different ways."

I found this to be quite an interesting point, that people are looking for a more contained experience on the Facebook platform. This makes sense from the perspective of Twitter - you need to share links to extend the conversation beyond 140 characters - but I'm not sure many people consider Facebook to be significantly different in this regard. The observation that Intel's community is more inclined to seek a purely on-platform Facebook experience is a great insight, and definitely got me thinking about the benefits of this platform-specific approach.

Hashtags also plays a big part in Intel's social presence - their branded hashtags #didyouknow and #lookinside are widely used, both by the company and amongst their communities. I asked Hardeman about Intel's approach to hashtags and their benefit to the company's overall marketing strategy.

"My point of view on hashtags is they work really well if you're tapping into a real, current trend," Hardeman told me. "So that could extend from the fact that you're running a promotion - but even better is when people are organically using them because Intel is actually creating newsworthy stories around technology. It's not the type of thing that we would use and just hope people hashtag our brand just because we ask them to."

This was another great point - having a heap of people using your hashtag or mentioning your content is not necessarily a win in itself. Having people want to use your hashtag because you're producing great content and they want to be part of that conversation, that's where the true value of community building lies. 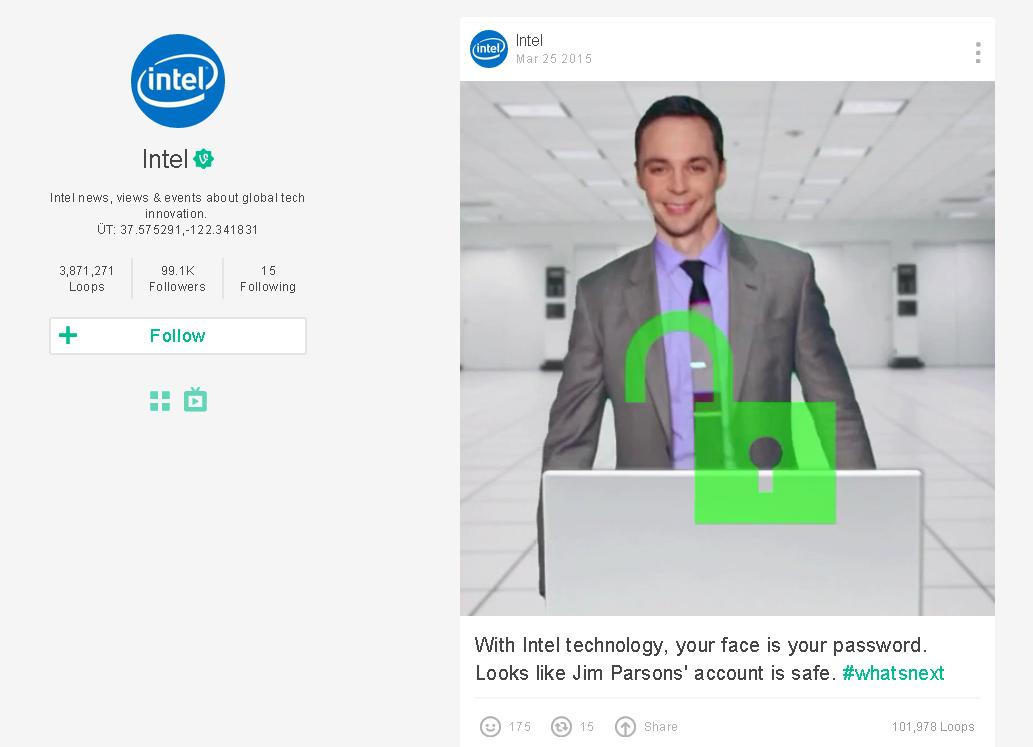 I asked Hardeman about analytics and numbers, and what metrics Intel looks at to gauge its social media performance. "If I had to pick just one it would probably be engagement rate," Hardeman said. "Number of shares is always a really important one as well. How we view success varies based on the content mix that week - so sometimes it will be entertaining content, purely to connect with our consumers, and then sometimes we might have to be pointing someone to a sale or a specific promotion or offer, in which case we'd be looking at things like click-through rate as well - I'd like to think that, overall, as a brand, that we're more engagement-focussed."

As technology has evolved, Intel has adapted and grown along with it. In social, this has meant keeping up with new trends and changes - Intel has a strong presence on Vine, and has started using SnapChat - basically, on any social platform, you do a search for 'Intel' and you'll come across an official presence. I asked Hardeman what significant changes she'd seen in Intel's social media strategy over time.

"We've done a really good job from the get-go in keeping up with trends, but I would say, for me, the number one way in which we've transformed is by tapping into real-time news, content and trends, and just being a lot faster, in terms of responding to consumers." Given their awareness, this answer didn't surprise me - consumer expectations are rising, people are growing to expect faster and better responses from brands via social. Intel's across this, and is again, working to adapt to demand.

Given the focus on meeting expectations, my next question was around fan/follower interactions and how Intel approaches social in regards to customer service and utilizing user generated content (UGC). "I'd say, first and foremost, it's a lot about response rate and ensuring we're getting back to people quickly, and getting back to people every single time," Hardeman said. "I think Intel's lucky in that our social platforms don't entirely exist around the customer service model, which some other brands have to do. But because Intel is an 'ingredient' brand, alot of times the customer service aspect will fall on our retail partners or our hardware manufacturers, so we're lucky in that way. But I think people do reach out to us a lot for advice or on building our systems, and in those cases we try to engage with them quickly and get them as much detail as they need."

"As far as user generated content goes, we actually do quite a bit of that - we run quarterly promotions, mainly on Facebook but sometimes on Twitter, and ask people to submit photos - for example, sometimes people will send in images of their DIY computer systems or we ran a promotion called 'Tech Refresh' where we asked people to share creative uses of their old laptops that they didn't need anymore, and we've always been surprised by the number and quality of responses that we get in for those promotions, and we can share those back out to the community, which always works really well for us."

As we got to the end of our conversation, Hardeman discussed how she views social media as a business platform, and specifically, the benefits and strengths she sees in the medium. "For consumers, it's about getting the chance to have a more human interaction with brands,' Hardeman said. "And for brands it's about building better relationships, always with a business objective in mind."

Building better relationships. What a great way to sum up the main power of social media. Not an opportunity to reach more potential customers, not a new platform to expose people to more ads. Social is a place to build relationships, and those relationships, by extension, build a stronger business by word-of-mouth - by word-of-tweet. This was a great conversation to have, great to get an insight into how social is being done by a company that's doing it right on so many levels.