Google Provides Details on "Right to be Forgotten" Requests 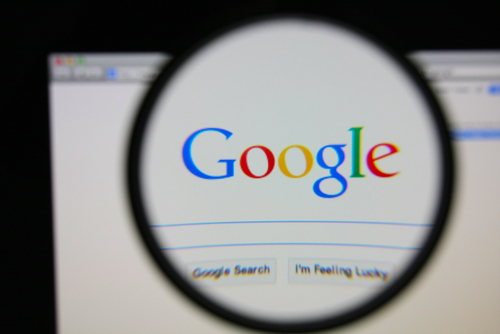 In May last year, Google announced it would grant individuals the right to remove certain information about themselves from Google's search database. The move was a controversial one, with many people voicing their concerns about giving criminals the ability to effectively hide their misdeeds from the public. Of course, removing content from Google doesn't remove a person's history from public record, only from Google search, but given the majority of internet search queries still pass through Google's circuits, such removal creates a significant blind spot for people investigating a person's history.

Now, more than a year removed from the announcement, Google has released figures on exactly how many "right to be forgotten" requests it's received, along with an outline of the nature of such requests.

Google's decision to allow "right to be forgotten" requests was the result of a case brought before the European Union - a Spanish man found himself in financial difficulty in the late nineties and was forced to sell his assets in order to pay back debts owed to the state. Many years later, the details of his case were still showing up in Google when people searched for his name, hurting his professional standing, so the man, after initially having his case rejected by a Spanish court, appealed to the European Union Court of Justice, who ruled in his favour and called upon Google to help facilitate such suppression requests in exceptional circumstances.

At the time of the ruling, Google released a list of applications they'd already received, including:

· A convicted pedophile who wanted mentions of his conviction erased

These raised further queries - should these people have the right to have such results removed from Google's records, thus making them harder for people to find?

The figures on "right to be forgotten" requests, obtained by The Guardian, show that more than 95% of such queries have come from members of the public. 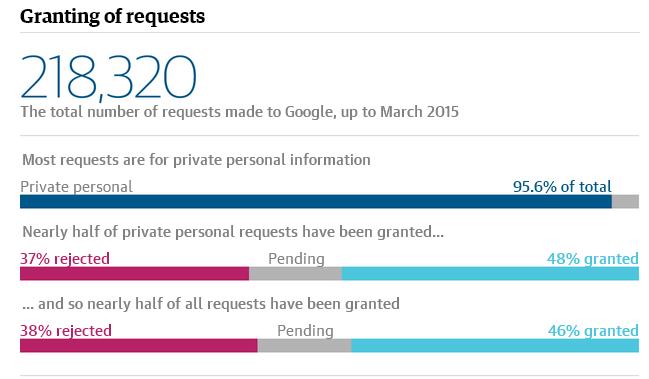 Such cases underline that there is a clear purpose and benefit to the Google policy, it's doubtful anyone would argue against these people's right to be forgotten, at least in a Google search sense. In terms of crime and misconduct, only 454 applications that were filed under "serious crime" were granted via Google's submission process.

As you can see, the rate of approval for these categories are significantly lower than those in the "private personal information" listings.

The findings show that the Google system is working as intended, and doesn't appear to be allowing people to hide less than savory histories from public view, necessarily. In this sense, it does seem that there is a distinct value to the right to be forgotten, and while there are still flaws with the system (as noted, you can still conduct searches via something like Twitter or Facebook and find relevant results, it only removes them from Google), the examples shown support the EU's original decision, to some degree.

Data and data privacy is a major issue, and one which is only going to get bigger and more complex as time goes on. Google's "right to be forgotten" is one of the most prominent examples of laws catering specifically for privacy rights in the digital realm, and no doubt only the first of many such changes we'll see come into effect to help cover digital security and data breaches. While it's not perfect, these results show that the digital breadcrumbs we leave online can have lasting impacts, and there may be good reason for such reports to be removed for the greater good.

As the implications of our online activities extend further into the "real world", crossover policies like this are likely to become an essential piece of the overall privacy puzzle.