One of the most anticipated and influential documents in the tech industry is Mary Meeker's annual 'Internet Trends' report - if you've ever seen a presentation by anyone on what's coming in future, no doubt the Internet Trends report was used as a reference point.

Meeker, a venture capitalist and partner at Kleiner Perkins Caufield & Byers, has been heavily involved in the tech industry since the early 80's, giving her significant insight and oversight into the evolution of the web and its subsequent offshoots.

So what does the future have in store for the web - and social media specifically? The 2017 Internet Trends report has just been released - and it's 355 pages long.

To save you some time, here's a summary of the key findings from a social media and digital marketing perspective.

Global internet usage has increased to 46%, up from 42% in the last report, though the year-on-year growth rate remains relatively flat. The key exception was India, which saw a 28% increase in internet users in 2016. 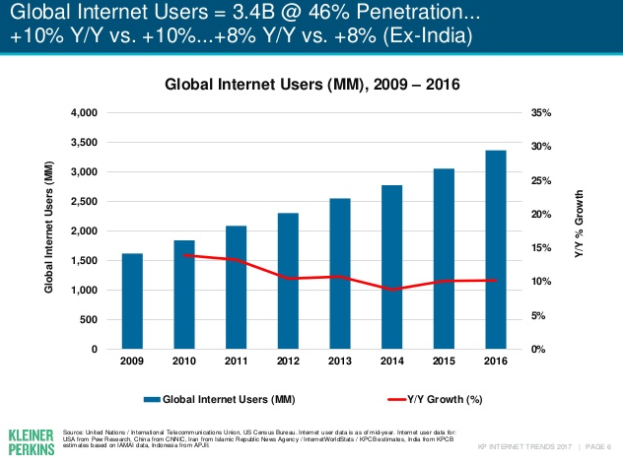 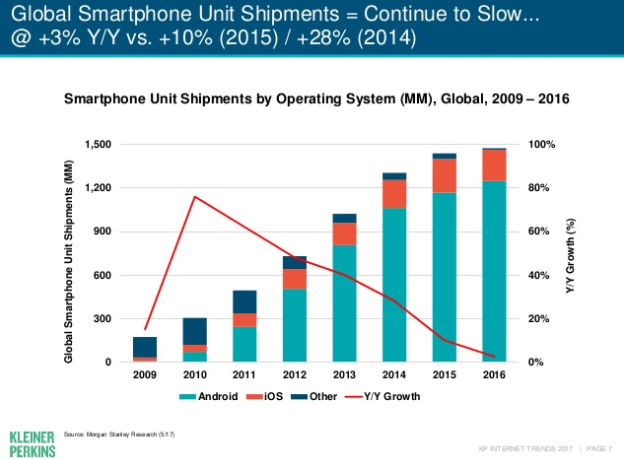 In some ways, this could be because smartphone technology is improving and we're not seeing such widespread adoption of newer models, but the two charts in combination suggest that mobile internet usage may be starting to plateau.

This, of course, is why Facebook is investing so heavily in projects like internet.org to connect the almost two thirds of the world that can't currently access the internet, but still, it's a key trend to note. A slowdown in adoption could see some of the air taken out of the internet bubble.

Meeker's charts also show that while mobile web usage has continued to increase, it hasn't necessarily taken away from desktop. 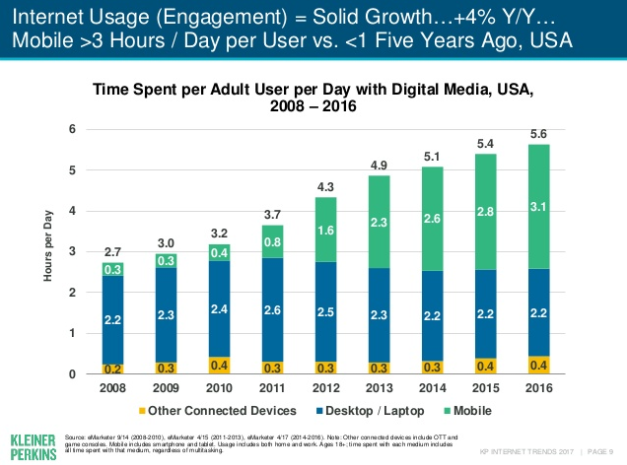 As you can see, mobile usage continues to climb, but people are still active on home and office PCs also, which is a key consideration as the majority of focus shifts to reaching mobile eyeballs.

In one of the key slides, the report also highlights that advertising ad spend is slowly catching up with consumer habits. 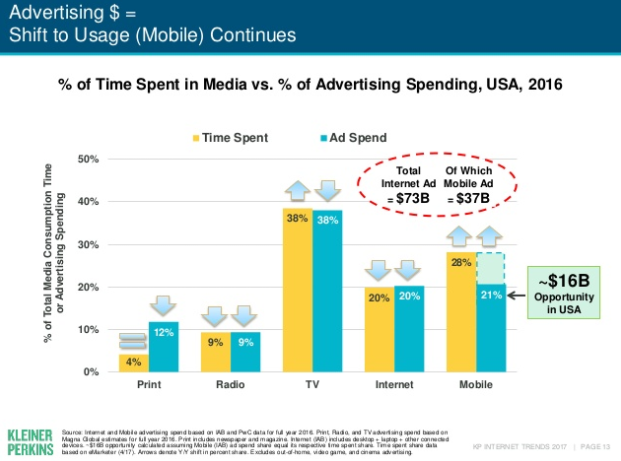 You can see the shift more clearly when looking at the same chart from last year's report alongside - traditional media ad spend is declining, with marketing dollars logically moving to where more people are spending their time.

Meeker also notes that internet ad spend will surpass TV within the next six months. 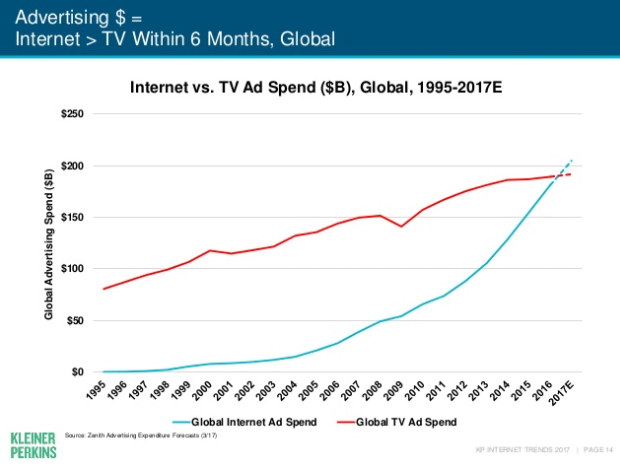 In terms of social media marketing specifically, the report notes that 'Measuring ROI' remains the key challenge for marketers. 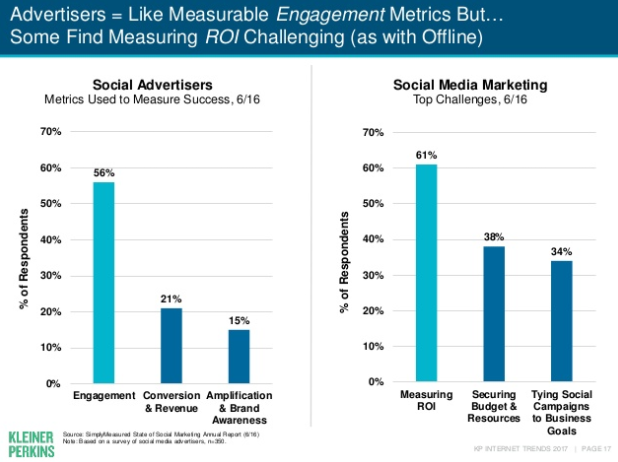 ROI is a persistent query in social media marketing, one which the platforms are working to solve - Facebook, in particular, recently announced updates to its Conversion Lift metrics which better connect online ads and offline actions. 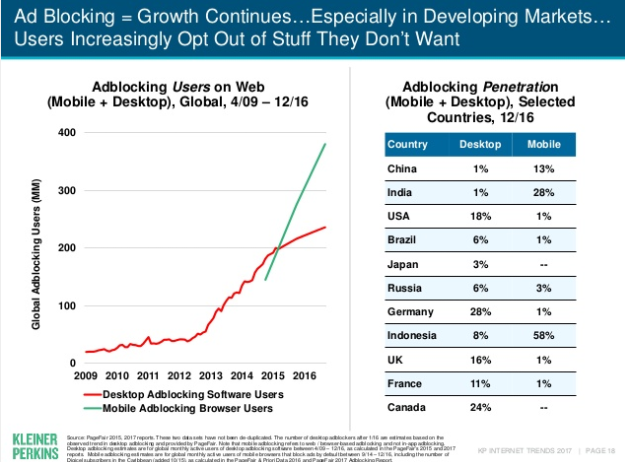 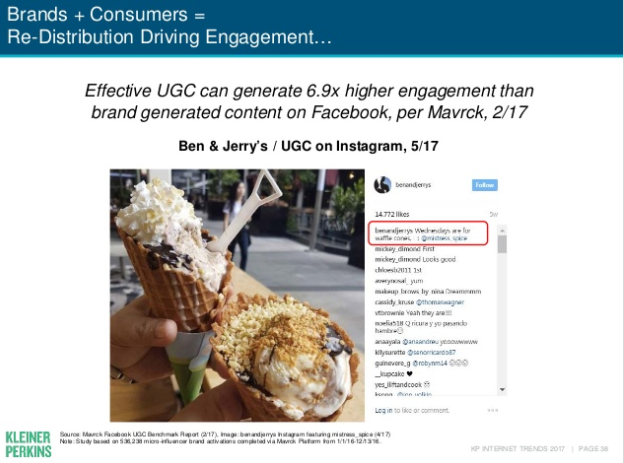 The report notes that a growing number of big businesses are utilizing UGC, particularly on Instagram. 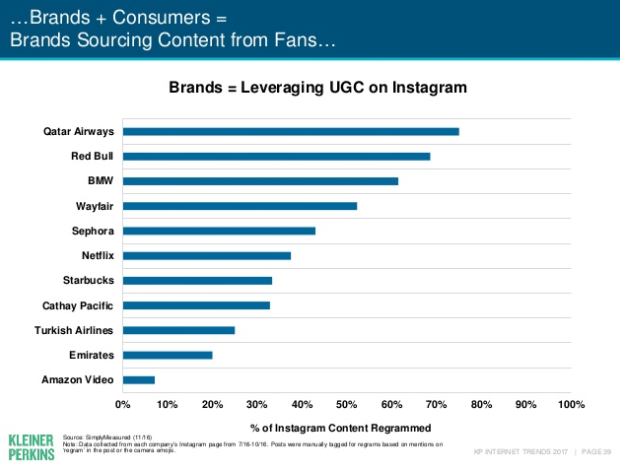 The report also notes the growth of image-based search, and how it will become hugely influential. 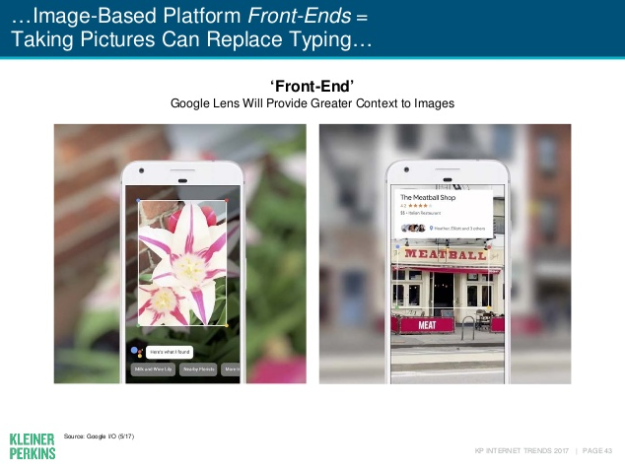 Voice search is also a key focus - the report notes that 20% of mobile queries were made via voice in 2016, with voice search accuracy now at around 95%, while the use cases for smart home devices also continue to grow. 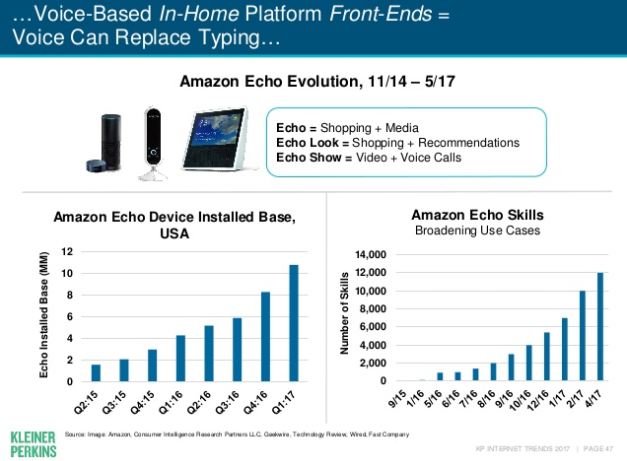 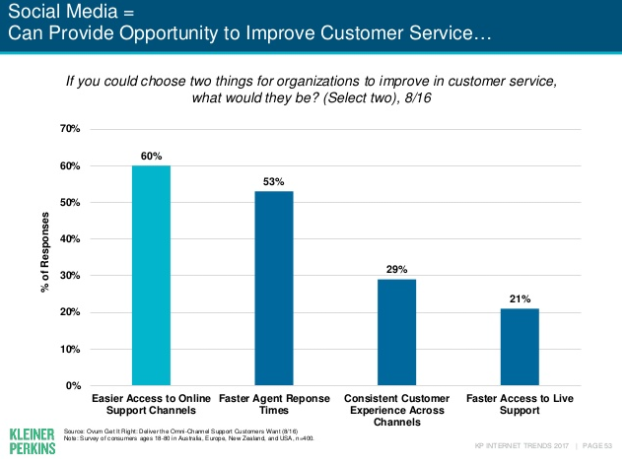 Meeker even provides some case studies, showing how boosting social community engagement and response can lead to significant growth. 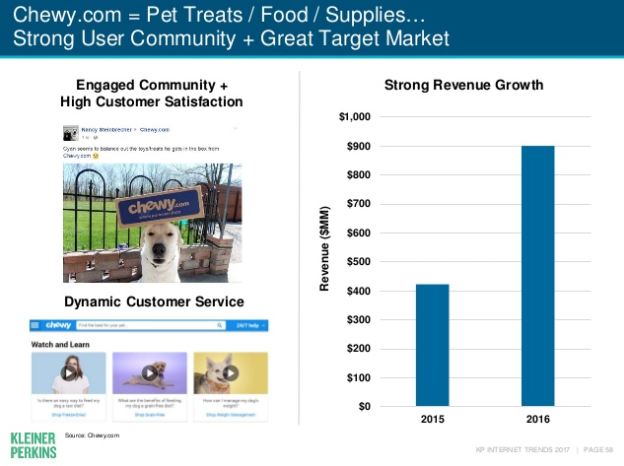 And these are really just the overview figures - as noted, the full report is more than 350 pages long, with industry-specific breakdowns and in-depth analysis of performance and future advances.

If you have any involvement with the tech sector, it's worth having a look through the full report, and specifically at the sections relative to your industry. There's are some amazing insights included - like this: eSports monthly viewership grew 40% year on year. 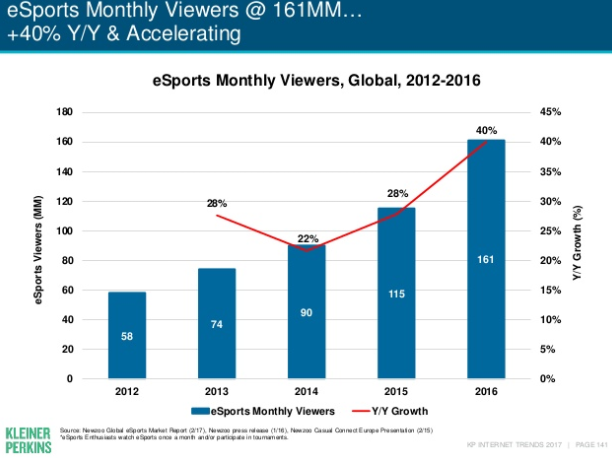 There's so much in the report that it's impossible to capture it in a single summary - and it would be almost unfair to do so, given the amount of research work Meeker and team have undertaken.

The 2017 Mary Meeker Internet Trends report once again underlines why it's such an essential document.

You can, and should, read the full report here.