A study released this week by the George Washington University's Graduate School of Political Management and Zignal Lab reported that Secretary of State Hillary Clinton and Senator Ted Cruz (R-Tex) lead their presidential counterparts in engagement on social media.

The data was collected from a survey of about 10.3 million mentions of the announced candidates on social, with analysis of factors like how many times the mention was shared, the type of words used when referring to the candidate ("champion" [Hillary] vs. "gangsta" [Huckabee's not-so-PC response to the Ferguson riots]). The rankings went from 1 ("crickets") to 11 ("historic," slash possible reference to Spinal Tap?). Here are the results:

That's crickets for Carson and something like love, if not history, for H-dawg.

There were other interesting findings dredged by the study. Hillary, whose viral selfies have long seemed like soft openings for her presidential campaign, notably led them all in reach, benefiting from both mainstream media presence and on-the-ground likability. Her name was most likely to be associated with the words "everyday" and "American," offering a glimpse into how she is being billed as a candidate, and how she is broadly perceived.

Cruz's presence, on the other hand, displayed a gap in his reputation: the people like him, but the media doesn't so much. His announcement to run for office made a big splash, with three days surrounding the event where he led in voice among the candidates. Others, like Rand Paul and Mike Huckabee announced their bids to much less fanfare (-13.6 percent in voice, and -14.8 percent, respectively). Ouch.

And Bernie Sanders, despite being a social media nut, hangs in the middle.

See below for a few interesting graphs put together by Zignal in conjunction with the Peoria Project. And more over at Epolitics. 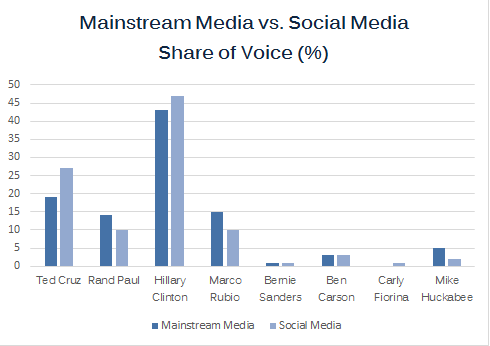 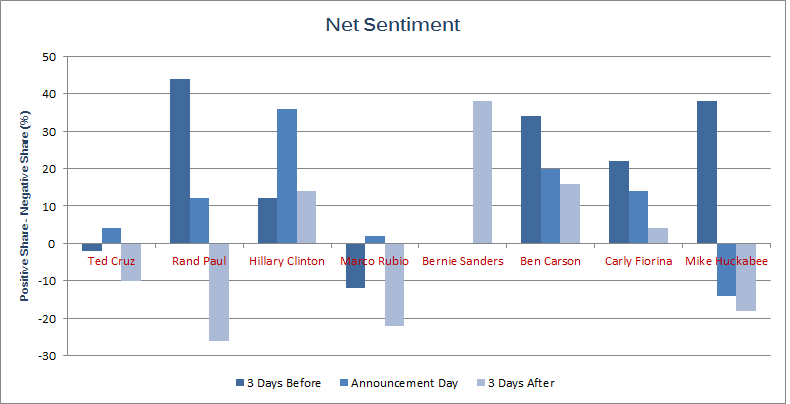 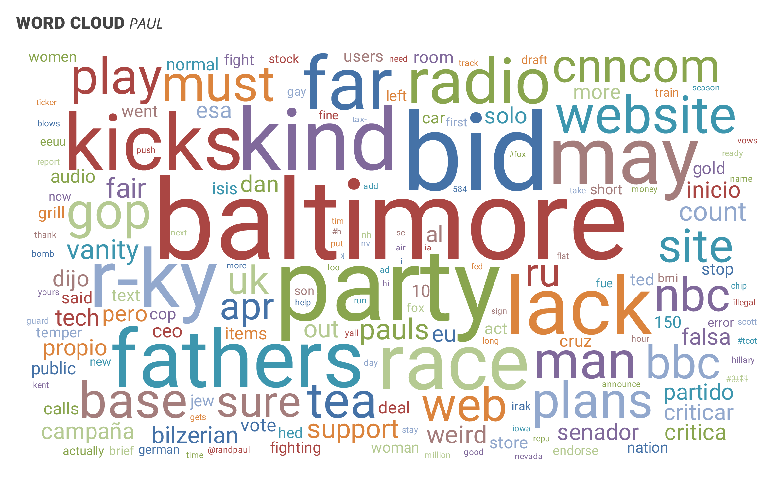 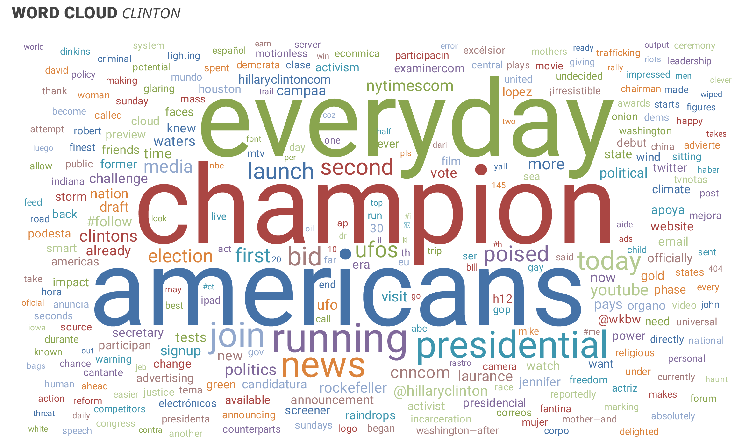 What do you think politicians can do to increase their engagement on social?