4 Entrepreneurs Reveal Their Secrets to Making Big Money from Blogging

Anyone who's been blogging for an extended period of time will tell you that it takes hard work, perseverance, and a bucket-load of determination to actually make something of yourself in an area that many people see as little more than a hobby.

The truth is that making money from blogging is hard - but it isn't impossible. In this post, we're going to take a look at 4 bloggers who've started a blog that's turned into extremely successful money making ventures, as well as the details behind their success. 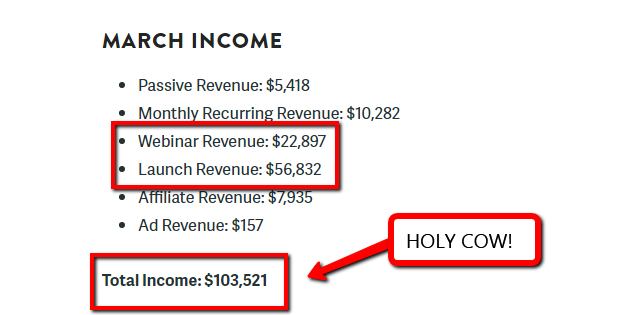 This is an excerpt from Melyssa's March 2016 income report. That's right, these numbers account for ONE MONTH of income. Holy cow is right.

If we take a look at the list, we can see that the majority of her monthly earnings come from two things: her webinar and the re-launch of an e-course she made.

If you want to follow in these ambitious footsteps, Melyssa is more than happy to help. In her post entitled "How I Made $12,000 Last Month From My Blog + Business", she explains how she got so successful, and shares plenty of helpful tips for struggling bloggers. 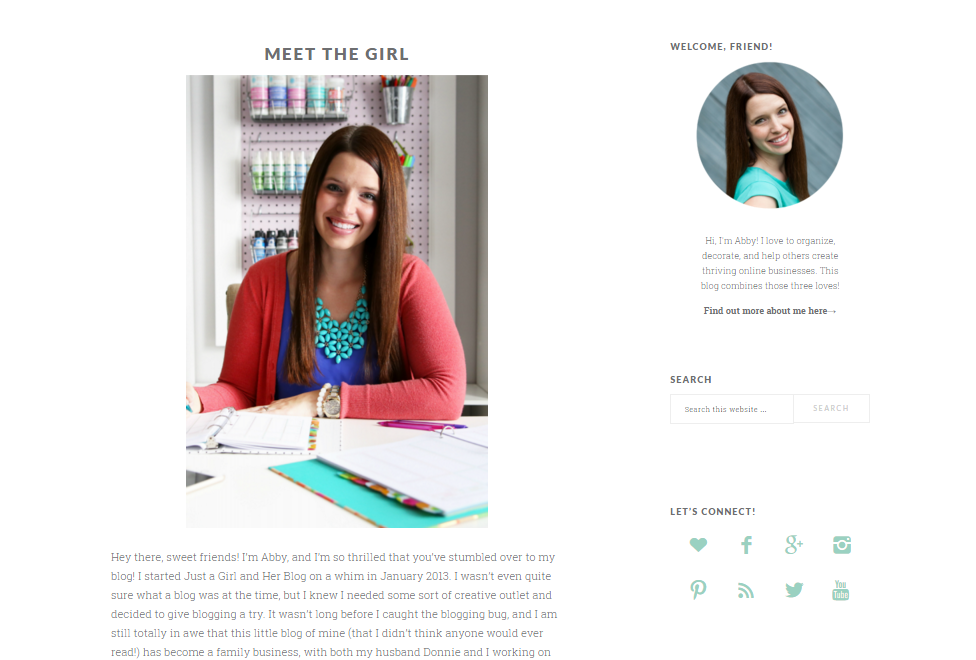 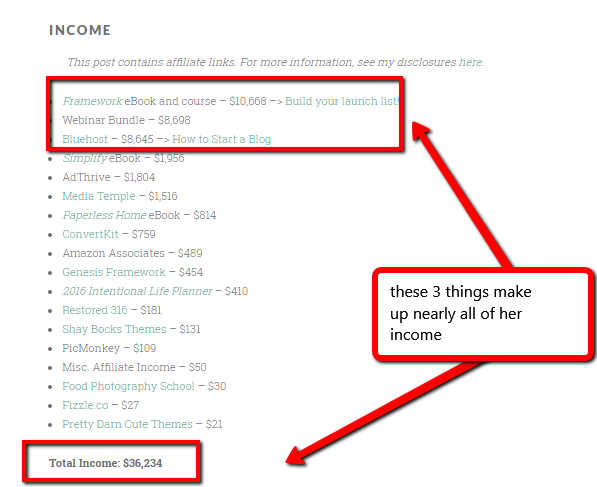 By taking a look at Abby's February 2016 income report, we can establish a few things. Like Melyssa, she receives a large monthly sum from webinars, but she is also involved in selling her own ebook as well.

Her ebook, which is currently the bulk of her sales at nearly $11,000 in February alone, is far and away her most successful venture. Something interesting about Abby, however, that sets her apart from Melyssa is her affiliation with BlueHost.

Her extremely popular "How To Start A Blog" post is not only helpful to blogging newbies, but it aids in her BlueHost affiliation. Whenever someone subscribes to BlueHost from this blog post, Abby receives sizeable compensation. 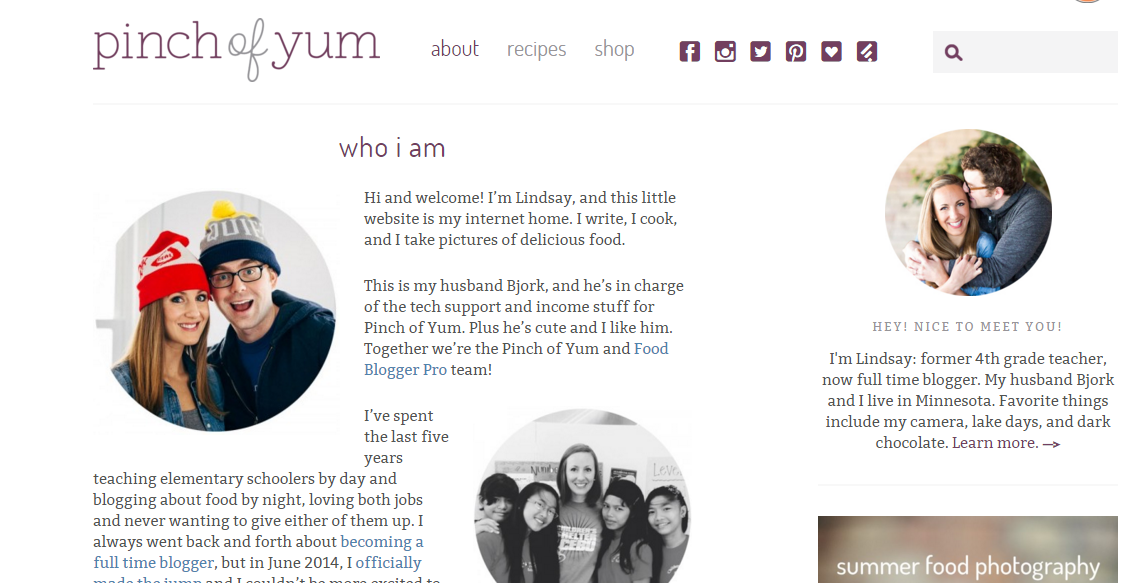 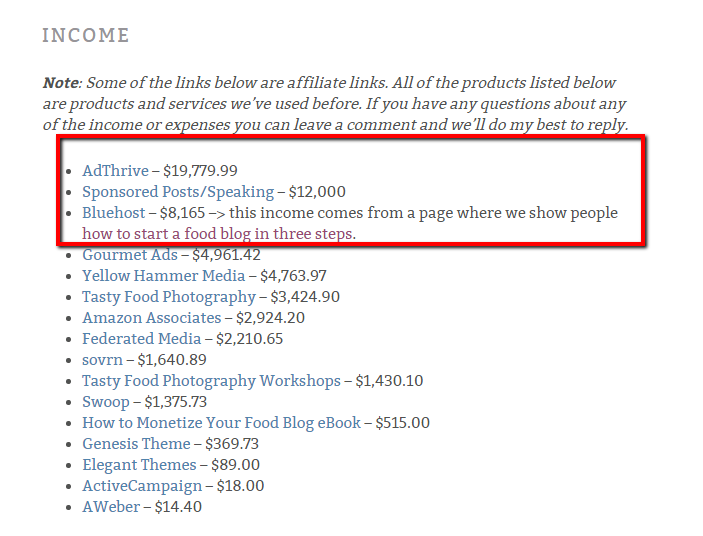 Lindsay's February 2016 income report shows us that she, too, receives compensation from BlueHost affiliation. Much like Abby, she even links to her 'how to' post right there in the income report.

She also received $12,000 in sponsored posts and speaking, which isn't a half bad way to make ends meet once you have an established, authoritative voice with a loyal following like Lindsay does.

The vast majority of her monthly income, however, comes from AdThrive. It helps bloggers to not only manage their ads, but to also maximize their earnings. 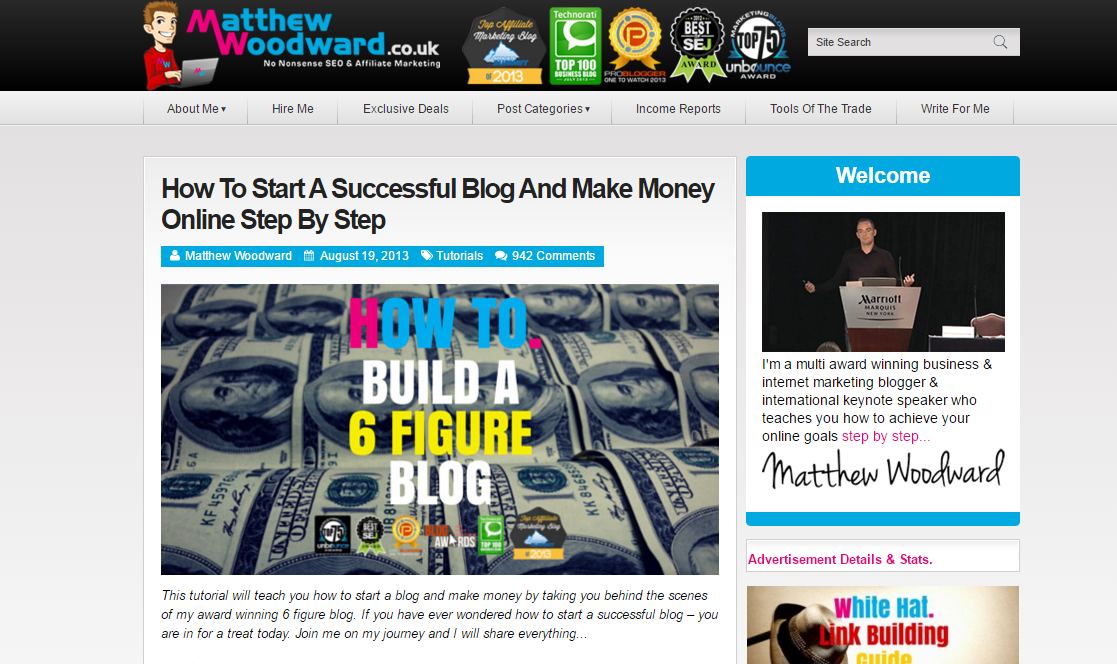 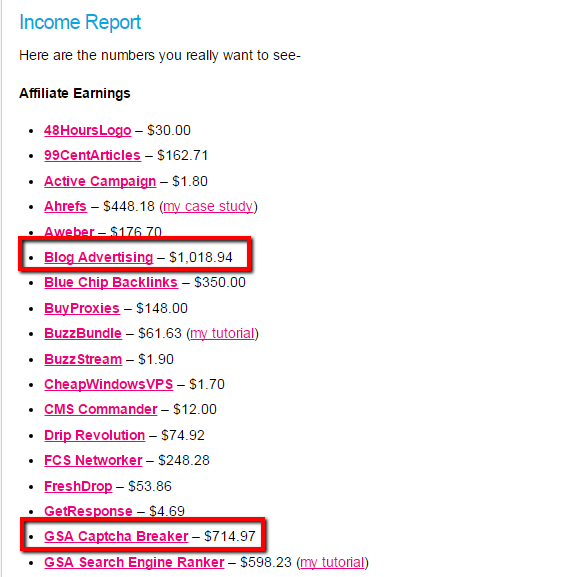 100% of his income now comes from his affiliation to various products and advertisements. In March of 2016 alone, he earned over $12,000 just from affiliate marketing.

The list of products he is affiliated with are located here in his income report, so feel free to take a look if you need some suggestions.

The one thing that all 4 of these $100k bloggers have in common is the fact that they don't wait for opportunities to come to them. They involve themselves in affiliate marketing because that's where the money is, and they aren't afraid to tackle large projects.