Can People Profit From Your Social Media Content Without Your Permission? 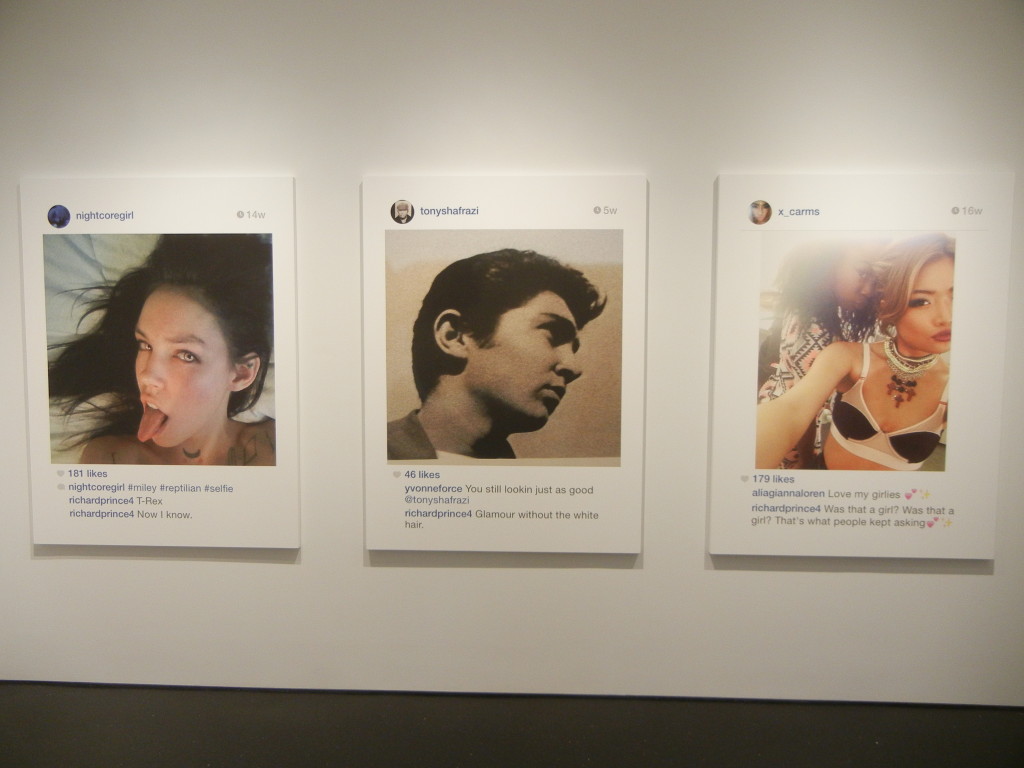 Imagine this: One day you're walking through an art gallery and among the artworks hanging on the walls you see your own picture. You had no idea your picture was here, but it's a photo you took, an image you posted on your Instagram feed. What if you found out an artist had taken your photo and used it, without your permission? And what if, then, you found out that that same artist had sold your image for $100,000 and you wouldn't ever see a dime?

That exact scenario has played out in New York, where controversial artist Richard Prince has taken a series of other people's Instagram posts, altered them slightly, blown them up to 65 X 48 size, then printed them on canvases and is showing them as his own art. By 'altered them slightly', all Prince has done is taken screenshots of the original images (rather than post the images themselves) and he's added his own comment below each one, via Instagram. 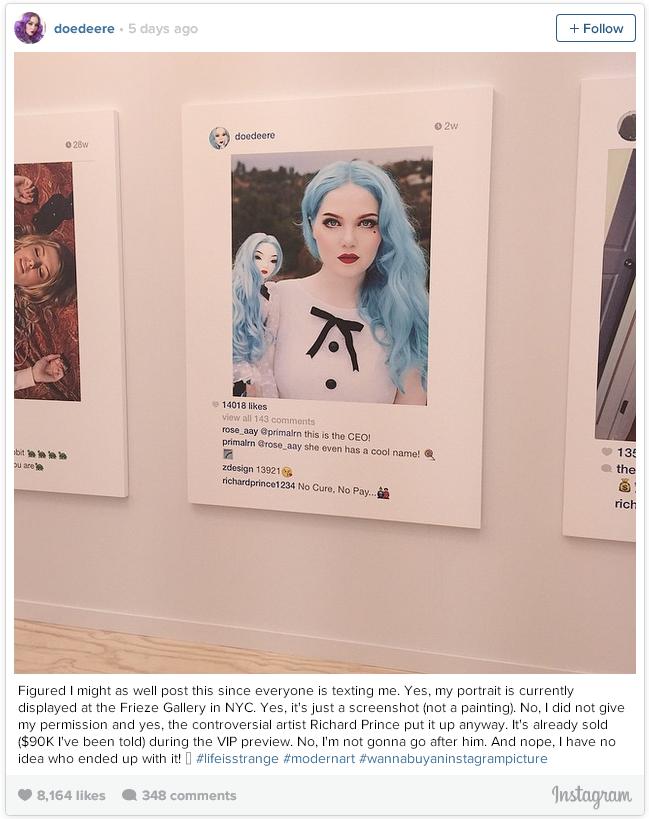 And yes, Prince has sold several of these images, reportedly for $100k and up. Amazing, right? Outrageous. Surely he can't do that, right? But he can, he has. It's also interesting to note that that outrage you feel is probably very similar to that felt by HBO whenever someone streams the latest episode of Game of Thrones live on Periscope or downloads a copy. But we don't feel as angered by that.

When the first episode of Game of Thrones for 2015 aired earlier this year, hundreds of viewers watched the episode via Periscope and Meerkat streams, enraging HBO, who sent takedown notices to the owners of both apps. The incident awakened the internet to a new way of pirating content, an issue that was amplified when Floyd Mayweather and Manny Pacquiao fought on pay-per-view a few weeks later, which was again streamed to hundreds of people for free. While these people were not viewing the content in broadcast quality, they were still able to experience the fight, in real-time, without having to pay the hefty price tag for the event.

Both of these examples highlight some serious concerns in relation to the state of current copyright laws and in our abilities to enforce them. If everyone can broadcast everything, in real-time, it's almost impossible for rights holders to ensure no infringement of their rights is taking place. If 'fair use' laws relating to social media content allow others to reproduce that content with only slight modification, based on the agreements users tick when they sign up, it's almost inevitable that people's is going be used by others to make a profit, regardless of whether they grant permission or not. Thus, it's very possible that our laws need updating to keep in-step with the rapid evolution of our communications landscape - but given the length of time it takes to put such legal updates into effect and the ever-increasing rate of change, is keeping in-step even possible?

Where Do You Stand?

So what are the laws, currently, relating to copyright and the ability to re-produce people's work on social platforms? Part of the complexity of keeping up with the rate of progress is that the laws are different in every nation - yet the internet knows no such borders. Lawyer and prominent social media commentator Kerry Gorgone has explored the legal issues of live-streaming in some-depth, stating that the legality of streaming content is dependent on many factors, but incidences where people live-stream a professional sports event would technically be illegal, as would live-streaming a movie or a concert (potentially). But given the ubiquity of live-streaming applications, enforcement is virtually impossible - even the MLB seems to have conceded as much, recently announcing a program to curate content created by baseball fans on Snapchat and re-package it as a weekly highlights package. It seems conflicting to effectively encourage interaction on one platform (Snapchat) while outlawing another (Meerkat/Periscope), but given the challenges of enforcements, it's likely we'll see more organisations shift to this type of stance, working with such trends to ensure they generate some of their own content out of it, so they're not losing out entirely, though that's not really a solution.

Gorgone's main note of the legal status of live-streaming is that people in public places have little legal basis to complain about being captured on live-streaming apps, whilst capturing of content in a private place is generally illegal. Gorgone also notes that "people cannot use the picture or video they capture of you for commercial purpose" without a signed release form, though that protection seems to be avoidable in the case of art, with Richard Prince have previously succeeded in arguing on the grounds of "fair use". The precedent seems to come down to specific anomalies and technicalities, which, again, are also governed by the laws of the geographical location in which the subject is based. Just recently, a troll from the notorious bulletin board site 4chan purchased offensive, sponsored tweets and posted them under the name of feminist activist Caitlin Roper. Despite impersonating another person and targeting the promoted tweets at specific users with messages like 'kill yourself', the offender is likely to avoid charge because of his location and the way in which he purchased the tweets.

With so many variables at play, the complexities of legal enforcement for copyright violation in the new media landscape mean it will take some time before we see a unified legal standing for all users. The major social networks are always working to better protect users, particularly in regards to cyber-bullying. But the case of Richard Prince shows that we still have a way to go before we can safely feel that our rights are being protected online. As of right now, as proven by Prince's work, it is possible for someone to take your social media content and profit from it, and while there may be ways to undertake some legal recourse over such rights violations, the process isn't easy, and you may not have a solid a legal standing as you'd expect. It's a challenge posed by our evermore connected world, one which we all need to remain aware of.