Could Apple's Latest Video Chat and Visual Tools Pose a Threat to Snapchat and Instagram?

Should Snapchat be concerned?

At their Worldwide Developers Conference this week, Apple has unveiled its latest tools for iOS 12, which include new digital masks, stickers and effects for the native iPhone camera app. 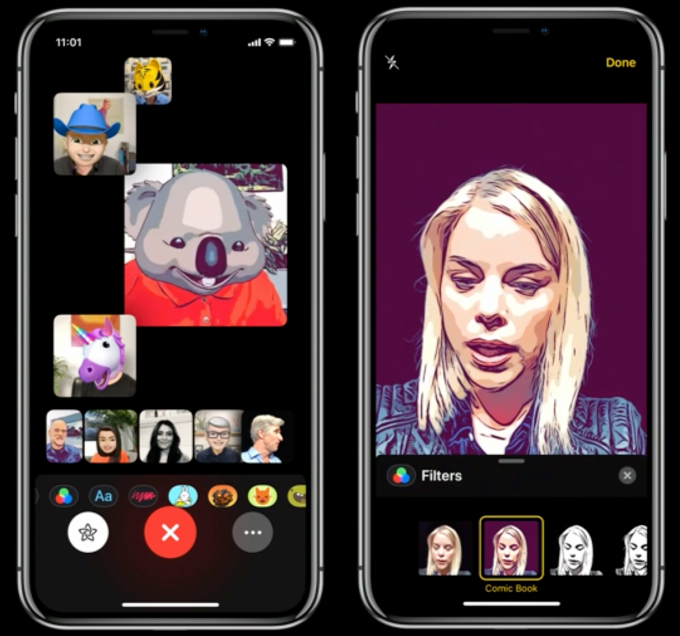 As you can see here, the new effects provide a range of visual enhancements, similar to those available in Snapchat, Instagram and Facebook. The new features will also be available in FaceTime, which will now support group video chats of up to 32 people at once, while Apple's also rolling out a new offering called ‘Memoji’, which will enable users to create Bitmoji-like cartoonish characters of themselves, also to be used in messages and FaceTime conversations.

All three of these additions could impact Snapchat. While latest research shows that Snapchat usage is still strong among teens, if Apple’s tools prove popular, that could keep users on their iPhone native apps, as opposed to opening up specific social tools to conduct similar interactions.

Of course, that would impact Facebook, Instagram and group video sharing app Houseparty as well, and the likelihood of Apple making a significant dent in usage is not high. But Memoji, in particular, looks intriguing, and could draw usage - especially given the popularity of the Snap-owned Bitmoji app.

But what’s also interesting here is that Snapchat worked with Apple in developing their advanced facial recognition and visual effects tools. During the launch of the iPhone X last year, Apple noted that they’d worked with Snap to build their new digital masks and tools, which, at the time, seemed to point to potential future collaborations between the two companies.

Today’s announcements seem a move away from that – and while really, Apple is just working with consumer trends and looking to cater to popular usage behaviors, it does seem that all three announcements are likely to impact Snapchat the most, if they take off.

But then again, the audience who are likely to use these tools are probably not the same as those using Snap or Insta – the people likely to connect via FaceTime and use the iPhone’s native tools are probably less digital savvy. Given this, the announcements may be less about getting more users across from existing apps as they are about introducing those less familiar with such tools to these options - expanding usage rather than re-directing it.

But it’s another challenge to watch. Group video usage is rising, users are looking for enhanced digital connection options, AR is evolving. With native tools built into iOS, Apple could take some market share.

It seems less of a concern for the major players, but one to note nonetheless.