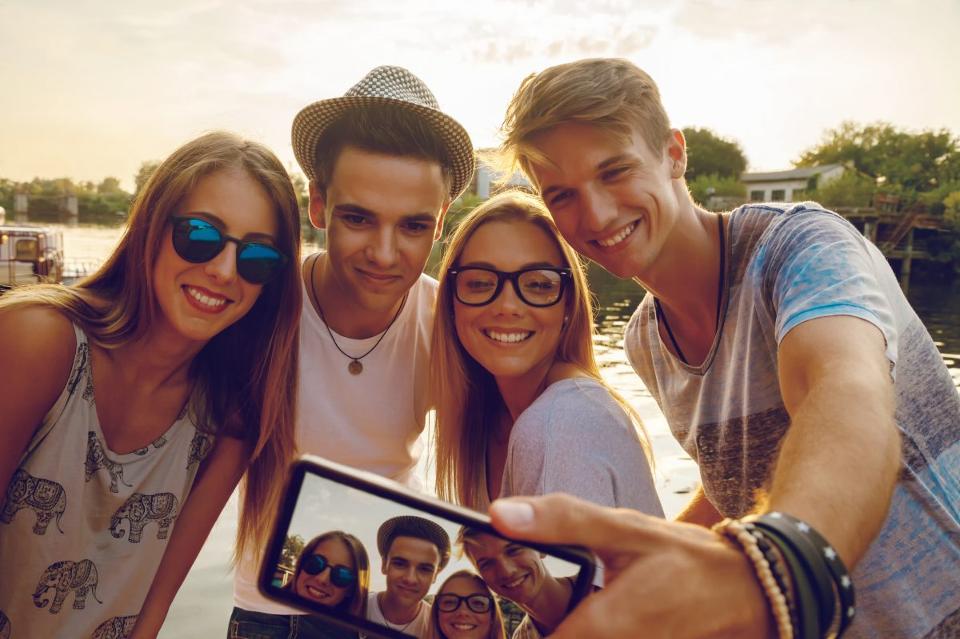 Anyone who thinks that Millennials are lazy hasn't met an influencer. They're out there hustling all day, everyday.

Ok, they're not saving lives but it's actually a tougher gig than you might expect. They've got to write, shoot, build brand partnerships, handle social media, supervise their team, and constantly sell. Let's not forget that they are also entrepreneurs and are running their own businesses.

So what exactly is an influencer and what do they do?

Agnes Kozera, co-founder of FameBit, an influencer-marketing platform, explains that: "An influencer is someone who has a substantial following and can command an audience. They have specialized knowledge about a certain subject. They are all experts at building a brand."

Influencers have unique ways of advertising a product, which doesn't feel like advertising.

So where can you find these influencers?

According to Kozera, "YouTube is the most popular channel for influencers, and is where they are financially rewarded the most. Video is the most intimate way to connect with viewers. They use YouTube, and other social channels, to make strong connections."

How the heck do they become influencers anyway?

Usually it starts with a passion for something: makeup, cooking, gaming, etc. The truly successful influencers start because they have a desire to share what they're into. They're like your cool, older cousin telling you what kind of sneakers to buy.

Influencers get a following by finding their niche, focusing on a couple of channels, and by producing quality content, consistently.

YouTuber Brandon Skeie explains, "I started putting myself on the Internet when I was in high school. I started posting covers of my favorite Top 40 hits and things just started to build up. I kept at it, until I was making enough money to stop working. It was a lot of consistency that really got me to an 'influencer' level."

How do brands and influencers connect?

These days, a growing number of influencers are using platforms for branded content, like FameBit. Anyone with 5k or more followers can sign up and then sort through the various brands' postings. If they find a campaign they like, they'll send a proposal. If the brand likes their pitch, they'll hire them.

Marissa Rachel (1 million YouTube followers) told me, "FameBit was the game changer for us. Before that you needed to get discovered. It's also a much more informal way to interact with the brands, which we prefer."

Multi channel networks, MCNs, are another way that brands and influencers connect, but it's harder for those with a small following to get deals.

An influencer (who wanted to remain nameless) said, "We signed with an MCN three years ago and haven't gotten one deal from them. They represent a large group of influencers but only really pitch the same top influencers to each client. If you don't have millions of followers it's going to be tough to get a deal through an MCN."

How do they make money?

Most top YouTube stars make money from video ads, brand deal sponsorships, affiliate commissions, and by selling their own merchandise.

How much do they get paid?

It's all over the place. Some will do it for free product; others won't post for anything less than $100,000.

The highest paid personalities are those with massive followers on YouTube. According to Forbes, Mark Iplier earns $5.5 million annually. Roman Atwood rakes in $8 million. And the richest influencer of them all, PewDiePie, gets paid $15 million a year.

If you're thinking about starting your own YouTube channel to get rich, slow your roll. It takes an extremely long time (for most channels) to get followers and make real money. It's like a startup - most will fail.

Also, the money isn't consistent. For example, ad revenue is highest in December because it's the busiest time of the year for retail. When January rolls around, it gets slow. It's like being an actor: You could make a lot of money during one project, and then go on a long dry spell.

What do they do all day?

According to Shanna Lisa, Marissa Rachel's business partner, "Our schedule changes depending on the day. We usually film 2-3 days per week. On filming days, we get up early to catch the natural light, put on makeup, set up the background, camera, tripod, lights, and spend a few hours filming multiple segments at once. Sometimes we'll travel to a different location to film. The rest of our time is spent either editing, making thumbnails, preparing future videos (pre-production takes a lot longer than most people realize) as well as general administrative work (answering business emails, communicating with brands, attending meetings, etc). Being self-employed means that although we have some flexibility with our schedules, we also have to be highly self-motivated."

What do they hate about their job?

Every influencer I spoke to said the same thing - the FTC regulations are unfair and need to change.

Currently, the FTC requires that influencers let their audience know that a brand is compensating them for their post.

Marissa Rachel makes a great point. "Why do influencers have to disclose every time that they are compensated by a brand? When you see the new James Bond movie, no one mentions that a watch company spent millions of dollars to get their product featured in the movie. Why are we held to a higher standard?"

Are they afraid that they'll have to grow up and get a real job someday?

If YouTube were to end tomorrow, most influencers that I spoke with have a backup plan, like going back to school or pursuing another career in the media.

Brandon Skeie told me that, "I was terrified that one day all of my followers would just be bored with me; After a while that fear went away and I focused on just being the truest form of myself and working hard. So if one day I had to get a 'real job' I would be OK with it, even though I don't see that happening! Haha."

After speaking with several influencers for this article, my main takeaway is that they're good kids. Influencers sometimes get a bad rap as being narcissistic and unprofessional. Sure, they have a desire to be famous (who doesn't), but they're going about it in a very organic way: They are growing their following by providing something that their audience wants.

They are also authentic, which is why they're such a great advertising platform. Everyone I spoke with mentioned that when working with a brand, the first thing they ask themselves is if it's consistent with who they are. It's not all about the money. They're looking for products that they use or will benefit their audience. There's a human element that's not found in other forms of advertising. When done well, there's no better way to connect brands and people.