Facebook has launched a new set of themed visual effects for its Portal device, based on characters and settings from the play "Harry Potter and the Cursed Child", which also include some new AR elements designed to improve digital effect matching, and better align with each user's preferences. 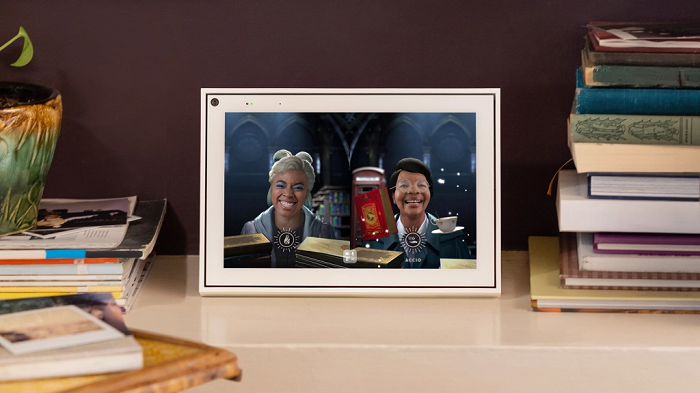 "The Harry Potter and the Cursed Child Curtain Call experience lets you and up to three friends transform into characters from the play, and bring the magic of the stage show to life during Portal-to-Portal video calls. In addition to Curtain Call, you can hang out with your friends in Hogwarts Great Hall, the Ministry of Magic and the Edge of the Forbidden Forest during video calls or capture videos to share using Portal’s Photo Booth app."

Facebook has also added a range of AR masks depicting characters from the play, which can also be used on Instagram and Facebook, in addition to the Portal-exclusive tools.

And as noted, Facebook has also built-in a new element to these new AR features to improve individual matching.

"Callers can fully embody the characters thanks to real-time skin sampling that matches the 3D character to your unique skin tone before converting it into an AR mask for seamless integration. And this is one of the first times we’ve connected people’s AR experiences across screens in a collaborative, multi-participant environment, where everyone can experience the AR effects simultaneously."

The addition of skin-tone specific sampling is an interesting update, and could help to improve the inclusivity of Facebook's AR options.

In some ways, it's similar to Pinterest's skin tone search qualifiers, which provide more ways for users to find the right content that relates to their physical attributes. The addition within AR tools is actually a significant step on this front, and Facebook also notes that the option is available for AR developers to use in their own creations by its Spark AR platform. 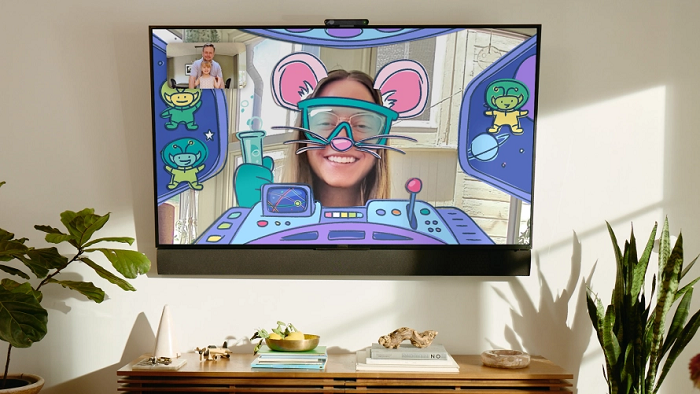 Despite initial hesitations about bringing a Facebook-connected camera into your home, sales of Facebook's Portal video calling device have soared as a result of the COVID-19 lockdowns, rising by as much as 10x in the wake of the initial mitigation efforts. Facebook has furthered this adoption through initiatives like donating Portals to aged care homes, facilitating connection with loved ones, and as a result, that's seen more people become increasingly comfortable with the utility of the option, which also enables those working from home to use their home TV for video calls.

Given the value it can provide, Portal has become another avenue of potential growth and connection for The Social Network. And while additions like this are relatively minor, they all contribute to the broader adoption of the tool, and help to boost Facebook's presence in our lives.

And from an advertising perspective, it may also open up new opportunities, with sponsored features for Portal potentially a new offering on Facebook's horizon.