After seeing good results with the initial roll out of its dedicated News tab in the US, Facebook has today announced plans to expand the News tab to 'multiple countries within the next six months to a year'.

Which is sort of an announcement, I guess.

I mean, it's an announcement in that Facebook's expanding access to its news tab, but there's no immediate change. Which would suggest there's some other motivation for the update, a means to seed the information for some other purpose, potentially.

That could be the ongoing push by Australian regulators to make Facebook and Google pay a percentage of their income to local news publishers for usage of their content. Under a new, mandatory code of conduct, the Australian Government is seeking to implement a range of revenue and data sharing obligations for the web giants, which would then better enable local news publishers to maintain market share, and revenue, based on the idea that Facebook and Google are somewhat reliant on news content.

Which they are not, but still, the push could force both companies to significantly reform their approach to news content in the Australian market, if the proposal goes ahead. 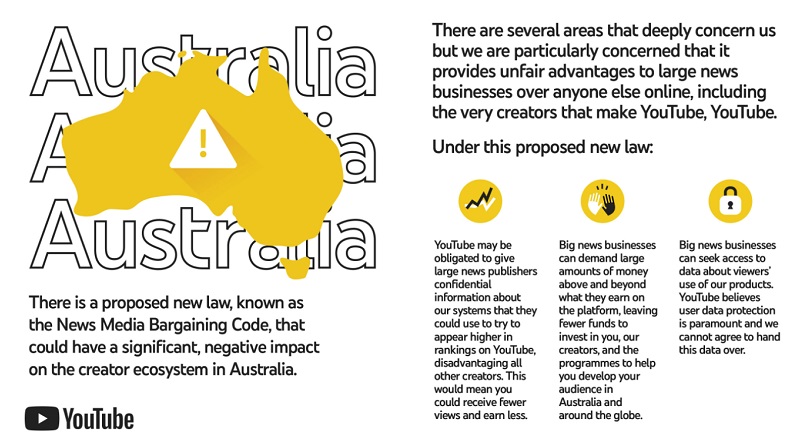 In some ways, the push against the proposed reforms is also symbolic, in that if Facebook or Google were to agree to these new terms, that would then set a precedent which would see every other nation looking to implement similar reform. Which is one of the key reasons why it won't work - but still, Facebook and Google are launching PR initiatives to counter the reforms.

The announcement about the expansion of Facebook News could be part of Facebook's effort on this front.

Indeed, in the wording of the announcement, Facebook says that:

"Helping publishers reach new audiences has been one of our most important goals, and we’ve found over 95% of the traffic Facebook News delivers to publishers is incremental to the traffic they already get from News Feed."

Facebook also specifically notes the financial benefits of the program - though, notably, Australia is not one of the nations in which it says that it's looking to launch Facebook News in the first stage.

"We aim to launch Facebook News in multiple countries within the next six months to a year and are considering the UK, Germany, France, India and Brazil. In each country, we’ll pay news publishers to ensure their content is available in the new product."

Maybe the push then is an effort to quell the potential of similar regulation efforts in other regions in the wake of the proposed Australian reforms.

Either way, it's a bit of an odd announcement from The Social Network. Normally, product announcements come with an actual outcome, a newly available feature or option that people can use straight away. This one is more of an indicator of what's to come, which, as noted, seems to be intended for an alternate purpose.