Last November, I noted that Reddit must logically be on Facebook’s radar as a potential acquisition target. While The Social Network has repeatedly tried, and failed, to build an algorithm-defined system to uncover more engaging content from outside people's established networks, thereby keep users active for longer, Reddit, via the use of human curation, has actually built a much better system, which very effectively uncovers the best the platform has to offer, all via volunteer moderators. And the platform’s engagement rates are higher as a result.

Facebook knows this, but it looks like rather than make a move for Reddit (note: we have no idea whether Facebook may have done this out of the public eye), they’re going to try the Snapchat route of replicating the platform’s best features.

Back in February, reports surfaced that Facebook was testing out a new option which would give users the ability to downvote comments on posts, in order to drive out off-topic, offensive and inappropriate content. 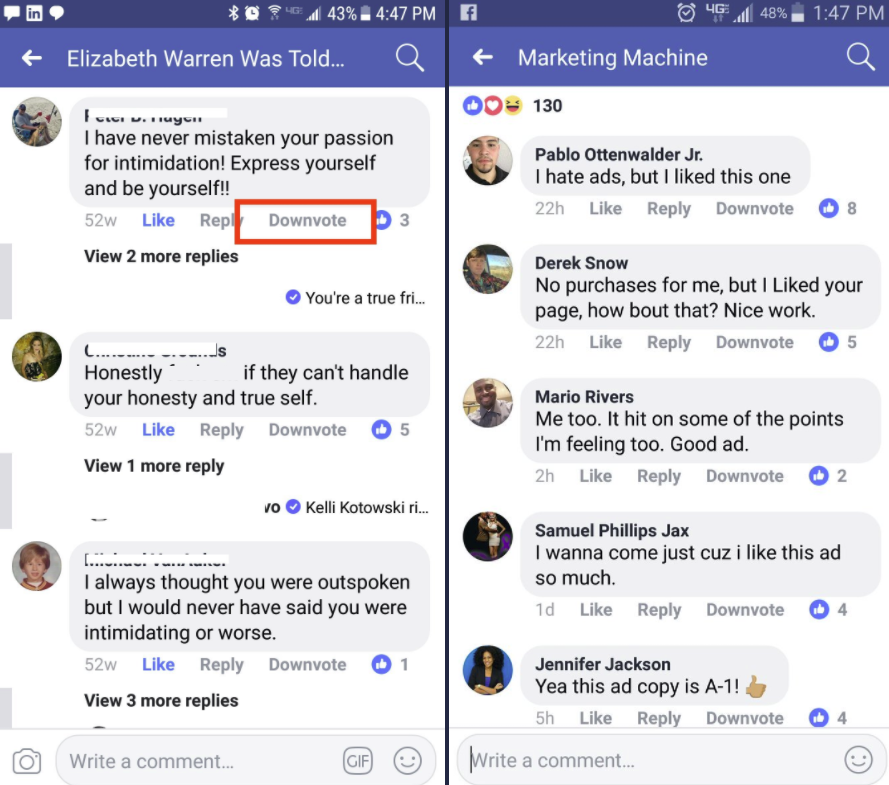 The idea of the option - which has been introduced to around 5% of Android users - is not to give users a means to vote on the popularity of a comment necessarily, but as noted, to help weed out offensive material. But it’ll undoubtedly get used for such – if the option is rolled out, it may well become new way to signal your endorsement or dislike for each comment, and you can imagine that that behavior, if it proves popular, could translate across to general posts and other Facebook activity, bringing a Reddit-style element to the Facebook content discovery process.

And as it turns out, Facebook's now seemingly closer to rolling it out to all users.

In an interview with a Danish publication, Facebook’s News Feed chief Adam Mosseri has commented on the downvote test, saying that:

“I think it’s quite likely that we’ll do it. The question is exactly how”

Mosseri did qualify that further, saying that he doesn’t have all the information yet, but early indications would suggest that both upvote and downvote options could be added to post comments, giving people a whole new way to interact on the network – and giving Facebook a new direct indicator of audience interest.

As noted, if the change is rolled out, it will have huge implications – especially when you consider that Facebook’s latest News Feed re-focus which is intended to better promote ‘posts that generate conversation between people’ – i.e. those that inspire comments. Upvoting and downvoting could add a new element to this equation – with the best comments rising, that could increase engagement, while the negative qualifier could help filter out junk, further inspiring interaction.

And where did Mosseri refer to when noting their inspiration?

“Reddit has a similar system, and a number of other websites have similar systems. We’re going to try to make sure it’s useful and works on Facebook, and is specifically designed for the people who use the platform.”

It makes sense for Facebook to take the best features from other platforms, but it does seem like a questionable tactic. But if it works…

There’s no word on if or when Facebook might actually roll this out, but it does sound like the initial test is showing positive results. And with Facebook looking for more direct ways to boost engagement, upvote and downvote tools do seem to align with their mission.