Facebook has announced an expansion of its Climate Science Information Center, as well as a new test of alert prompts on posts about climate change, which aim to better educate users about the impacts, and subsequent the need for action.

First off, on the new prompts, which could end up having the most impact. Starting in the UK, Facebook is launching a test which will see the addition of informational labels on selected posts about climate change. 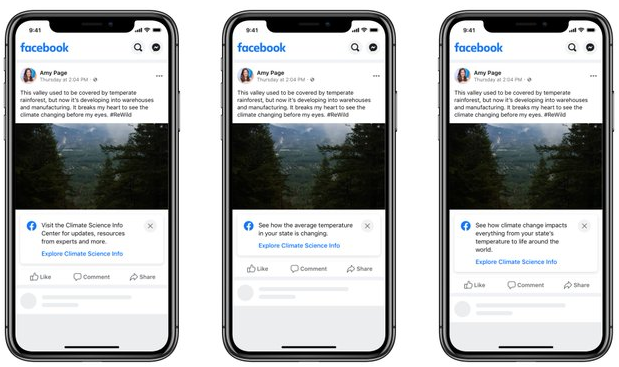 As you can see in these examples, the new prompts, triggered by either words within the user post or the text of the article being shared, will direct users to credible climate information in Facebook's Climate Science Center, ideally helping to lessen the spread of false information about climate impacts.

The alerts are similar to the warnings Facebook recently used for election misinformation, which directed users to its Voting Information Center. 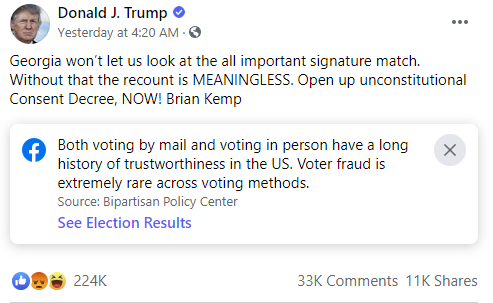 The process here is essentially the same, collecting expert information into a dedicated space, then re-directing users back to it, in order to improve awareness and understanding.

Which further relates to the expansion of Facebook's Climate Science Information Center:

"The center is already available in France, Germany, the UK and US, and from today, our center will also be available in Belgium, Brazil, Canada, India, Indonesia, Ireland, Mexico, the Netherlands, Nigeria, Spain, South Africa and Taiwan." 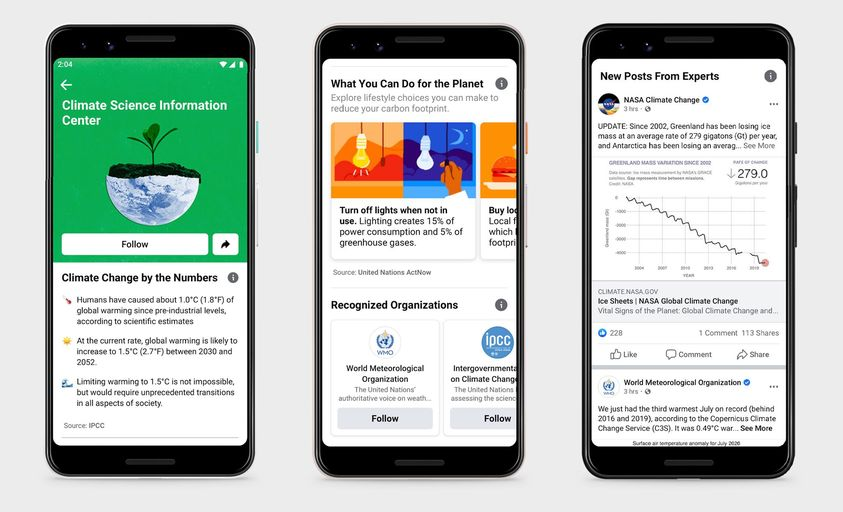 "We added a section that features facts that debunk common climate myths - including too much carbon dioxide in the atmosphere harms the earth’s plant life and polar bear populations are declining because of global warming. To debunk the myths with current and specific facts, we’ve brought in climate communication experts from the George Mason University, the Yale Program on Climate Change Communication and the University of Cambridge."

In addition to this, Facebook will also now direct users to the UN Environment Programme when they search for information about climate change in regions where the Climate Science Information Center isn’t available.

Climate misinformation has become issue for Facebook of late, with two significant examples of Facebook's avoidance in policing such over the past year.

Last July, a report found that Facebook had reversed its fact-check labels on some climate-related posts because it was asked to by a Republican congressman in the US. A month earlier, Facebook was also found to be allowing many climate denial posts to remain up on its platforms by tagging such as 'opinion', thus making it ineligible for fact checks.

The US Election took up the focus in the second half of the year, but Facebook still has a way to go in combating climate misinformation, and ensuring its platforms are not used to spread lies about the impacts.

For its part, Facebook says that it's improving its efforts to ensure climate-related posts are fact-checked, and the expansion of its Climate Science Center is another key step in this regard.