There must be something in Facebook's usage data that indicates a trend towards increased interaction with close connections within its apps - or maybe within other apps that Facebook's trying to steal away.

Last week, Facebook's experimental NPE team launched a new app called 'Tuned' which is a couple-centric messaging tool where you can share more private engagements. This week, Facebook is doubling down on more intimate communication, with a new app for the Apple Watch called Kit, which aims to help users "keep in touch with those most important to you — without constantly needing to pick up your phone."

As reported by TechCrunch, Kit - which is actually an acronym 'Keep In Touch' - is a fairly simple messaging tool designed specifically for the Apple Watch:

"The app allows you to send a variety of messages with just one tap, including voice recordings, emoji, location sharing, scribbles and even dictation input - similar to how using iMessage from your Apple Watch works today. However, these messages are being sent over Facebook’s own Messenger service, not SMS or iMessage."

Which is interesting, because there is already a Facebook Messenger app for the Apple Watch. So what does Kit add specifically?

According to the app's release notes, the main focus of Kit is simplicity:

"Kit makes keeping in contact from your watch easy. Everything you need to compose a message is just one tap away. No more struggling to navigate a tiny screen to find the right option. One tap lets you send a voice message, your location or an emoji. You also have easy access to speech-to-text."

But as you can see from the last image in the example screenshots above, the main emphasis here is that:

Sure, you can already receive and respond to messages via your Apple Watch, but poking around on that tiny screen to compose anything longer than a few words is painful, and not overly conducive to engagement. There's not much Facebook can do about the screen size, but by putting the focus on your main contact/s, and giving you easier access to a quick emoji or location response, it could make it easier for those more commonplace exchanges with your significant other or family members, which could make it a more practical communications option.

In this sense, the focus is more on utility than intimate sharing, as such - though again, it is interesting to see Facebook's NPE team putting increased emphasis on exchanges with close connections.

There is available data to support this trend - on Instagram, for example, previous research has shown that around 85% of the messages shared via Direct are distributed among the same three friends, as opposed to broader groups. Facebook has also reported the shift towards messaging over public social media posting, which shows that people are getting more insular with their communications, after the initial wave of excitement around social media and the capacity to broadcast your thoughts to the world.

Maybe, Facebook's data shows that we're getting even more granular over time, and our sharing habits are getting even narrower, which is why it's putting more emphasis on such. Or maybe, Facebook's simply trying to kill off SMS once and for all with better, more practical communications solutions to gobble up the remaining holdouts who are still using the basic messaging option.

According to the data, while SMS is very clearly on the decline, billions of messages are still sent via the carrier-native option every year, as opposed to messaging through apps like Messenger or WhatsApp. 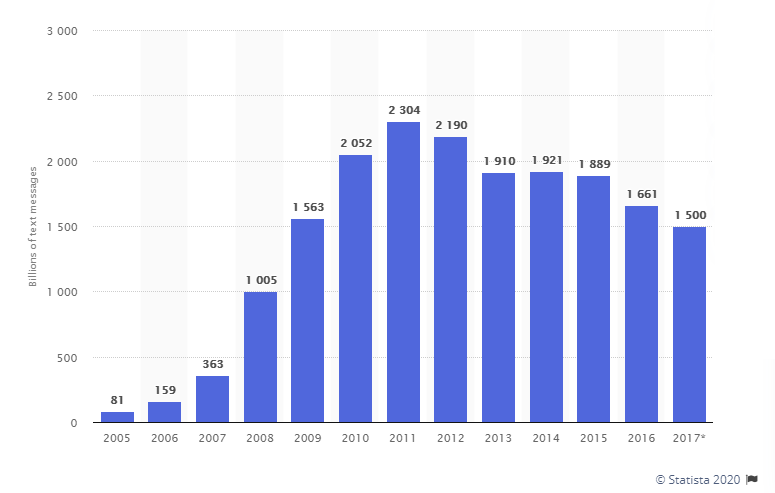 These types of communications are very likely to be between close connections only, people who have your mobile number, who know you personally. Maybe, then, this is Facebook's focus, to grab that usage away, and boost its own stats as a result.

That seems like a logical plan of attack - and while Kit isn't a revolutionary update on the existing Apple Watch messaging options, it is, indeed, an update.

It'll be interesting to see where Facebook's NPE team looks next.