Facebook's experimental NPE team has launched a new app, this time focused on facilitating interaction between romantic partners, within their own, private space. 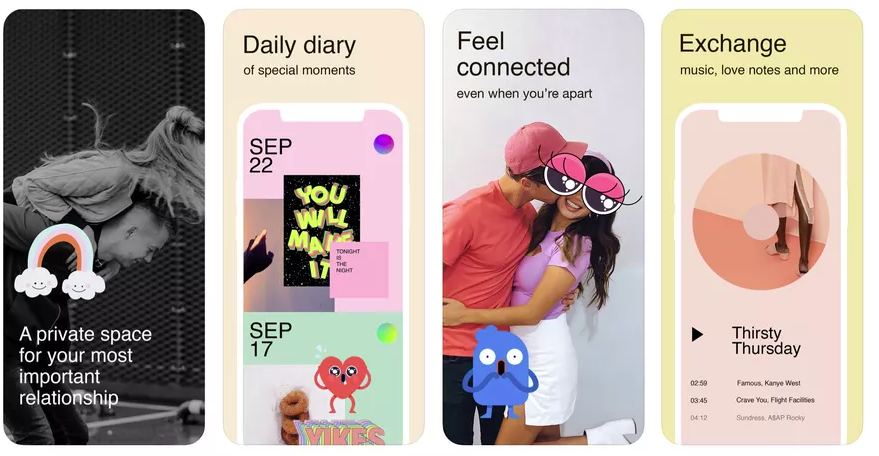 As first reported by The Information, the new app, called 'Tuned', is a couple-centric space where you can share more private engagements that you might on other, more public social platforms.

As per Tuned's description on The App Store:

"With Tuned, you can be as mushy, quirky, and silly as you are together in person, even when you’re apart. Creatively express your love, share your mood, exchange music, and build a digital scrapbook of your special moments."

Tuned provides the capability to connect your Spotify account to share songs, send custom, sticker-clad photos, leave notes, and generally stay connected with your partner in your own dedicated app.

But is that something that people really want?

Clearly, it must be, otherwise Facebook's NPE team wouldn't bother to look at it - but it's interesting to consider the usage insight that must have lead to Tuned's development.

Has Facebook found the couples are engaging less than they used to in its main app? Why would Facebook feel the need to add another tool, as opposed to couples engaging in Messenger or WhatsApp? Most of the functionality of Tuned looks to be available in Messenger - so what is it about more intimate engagements that Facebook's looking to tap into with this dedicated app?

Maybe, it's actually the opposite and other users are sick of seeing people's cutesy messages to each other posted on Facebook.

Of course, it's impossible for us, as outsiders, to know the full motivations behind the app, but clearly Facebook sees a gap in the market for more intimate connection. Or maybe, it wants to test and see if simply providing a more private option aligns with the rise in messaging use, and sees more people engaging more often when they're away from the prying eyes of everybody else.

It's the fifth app from Facebook's NPE team since it was announced in July last year.

When looking at the broader product set, it seems just as likely that Facebook is simply throwing ideas at a wall to see what sticks, possible for future additions to Facebook itself, as opposed to making the tools work on their own accord. You would actually expect that most of these separate apps will eventually fail - but maybe, through their usage, Facebook can glean insight into new trends and get ahead of the curve on key shifts.

Taking this into account, maybe Tuned really is about just seeing what people will do with that more personal, private space to share with their partner, which could inform future developments.

Either way, it's interesting to consider where Facebook is looking, and what that may mean for new tools and features.

You can check out Tuned for yourself here.