Facebook has added a new option which will enable advertisers to include multiple text variations for their ad copy, which Facebook's systems will then be able to choose from when displaying the ad to different users. 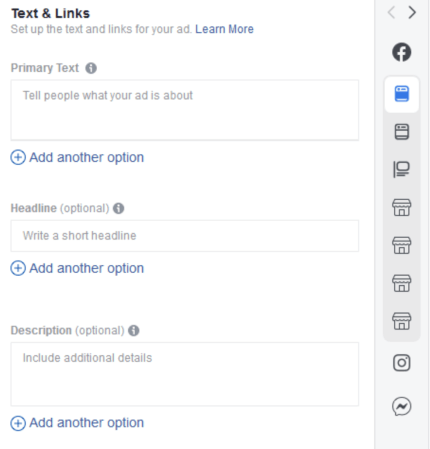 As reported by Marketing Land, the new option - called 'Multiple Text Optimization' - is similar to Google's 'Responsive ads', which give advertisers the ability to include alternative text options, which its systems can then test and optimize the generate the best results.

The option essentially expands on Facebook's Dynamic Ads, which enable Facebook's systems to showcase your products based on connected inventory listings - as opposed to you having to create individual ads for each.

That process utilizes a similar flow, in that it displays items to users based on what Facebook's systems determine that they'll be most interested in. Multiple Text Optimization will do the same, but with variations of the text, which could expand the potential combinations and help Facebook drive better results.

Though it may take a relatively significant amount of ad spend to get there. In order for Facebook's systems to determine what works best, it'll need the ad budget to be able to run its own tests of the various text elements - which could mean that you need to spend more in order for it to be effective. But then again, that extra spend could pay off if Facebook's process is able to determine more effective presentation combinations, leading to increased user action.

That's the trade-off of most of these system-defined tools - while they can drive better results, they need as much response data as possible in order to determine the most effective combinations and audiences. And in order to do that, advertisers need to allocate a large enough ad budget to generate the required results.

Still, it could be a good option, providing another way to optimize your Facebook ads.

There's no word, at this stage, on where exactly Facebook is making the option available.