As has been highlighted by various studies, more and more social media interactions are now switching across to messaging apps. People are increasingly likely to share news reports via messaging apps, 78% of the world’s smartphone users will message every month by the end of 2018, the top four messaging apps now have more total users than the top four social platforms.

It’s clear that the trend toward the more private confines of messaging groups, and away from the public nature of social platforms, is growing, and that’s only likely to increase amidst rising privacy concerns around how Facebook data is used, and broader scrutiny of what you share and engage with on such platforms.

That’s a key shift to note for social media marketers, and one Facebook’s looking to shed some more light on with its latest report.

The study, titled ‘Why Businesses is the New Normal’, looks at increasing messaging app use, with a specific focus on the growing opportunities for brands to tap into this trend. Of course, it makes sense for Facebook to focus on this - they’ve been pushing hard to promote Messenger for business over the last two years, thus far with seemingly limited success. But the report does have some fairly compelling stats – as explained by Facebook:

“We found that people’s expectations for communicating with each other are fundamentally transforming the way they expect to communicate with businesses. And while the apps people use and the frequency with which they message businesses may vary by region, messaging's global momentum is undeniable. Crucially, messaging is creating momentous opportunities for businesses of all types and sizes.”

Here are their key findings:

First, as noted, messaging use is growing, with the ease of use, especially on mobile devices, now making it a preferred method of communication for many. 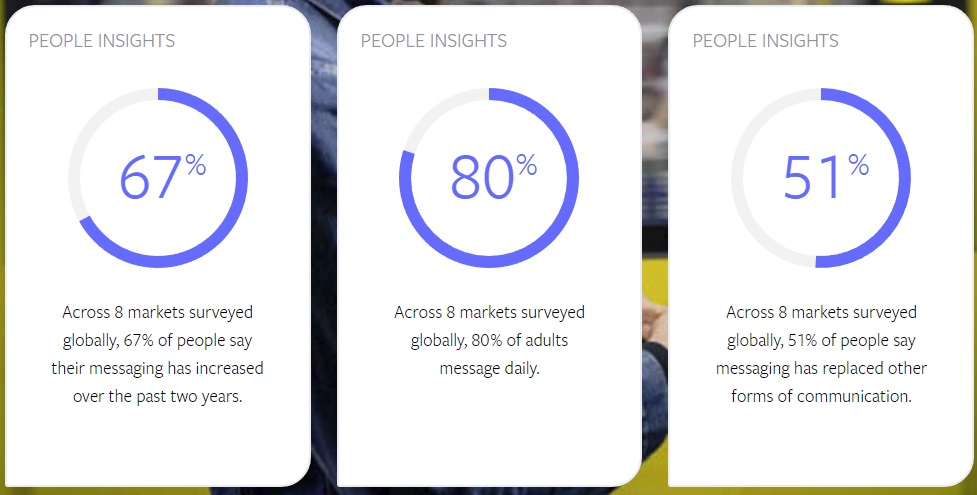 But it’s not just the capacity to share text-based messages that's fueled this shift – newer, visual messaging tools have also played a part. And Facebook has some pretty amazing stats on this element.

That expands the potential of messaging – it’s not only about ease of connection in a text sense, but people are also becoming increasingly accustomed to using visuals within message threads, expanding the potential for brands to connect with prospective customers.

And as people do become used to communicating via message more, their expectations for brands are also rising.

It doesn’t seem like messaging is becoming the all-encompassing business tool Facebook had initially hoped when they first pitched their Messenger platform tools at their F8 developer conference in 2016, but these stats show that the shift is coming gradually – faster in some regions, but progressing in all markets.

Indeed, Facebook highlights this variable growth further by showing that messaging use is evolving faster in emerging markets. 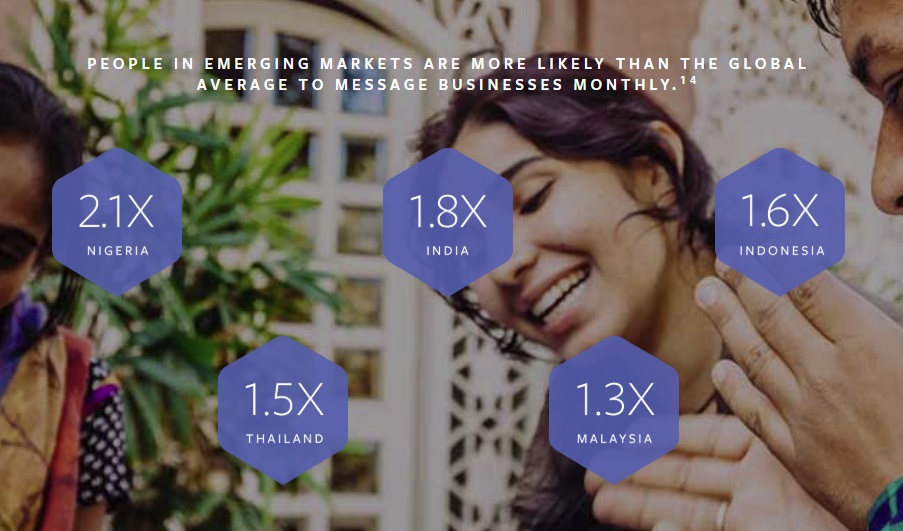 That’s important to note for brands looking to tap into these areas – while messaging use in western regions may not seem as prominent, it is very clearly a significant trend in other markets.

But even more broadly, as noted, the trend is clear – take a look at this stat: 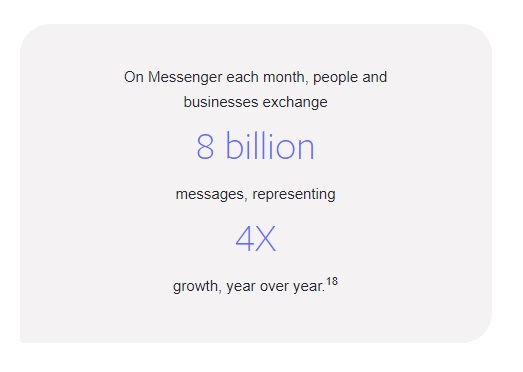 “Business messaging is now gaining a measurable edge over more traditional communication methods. In fact, people surveyed across 15 markets are already more likely to rate the effectiveness of messaging a business as “excellent” or “very good” compared to calling on the phone. When there are jobs to be done, messaging is making its mark.”

That’s where messaging – and in particular bots – are seeing the most momentum. According to Facebook’s research, the majority of people messaging a business now expect a faster response than if they had used a more traditional mode of communication.

“This is the case for 70% of the people we spoke to in Brazil, 66% in India, 54% in the UK and 61% in the US. The expectation of an immediate response may help explain people’s rising in interest in bots: US conversation on Facebook around chatbots grew 5.6x in a year.”

Now, that may be a slight stretch - much of the interest in bots noted here is likely from brands trying to get a better understanding of their potential, as opposed to consumers. But still the key benefit of bot interaction is clear – though that’s not all people expect when messaging a business.

Here are the key terms Facebook found people associated with business messaging, which may help guide your own strategy.

Whether you see messaging as the future of business communication or not, the trends indicated here are fairly clear. The question is whether the growing momentum behind business messaging will lead to higher expectations from all brands – if your competitors are meeting consumers on the platforms they use more often, and providing services that cater to these stated needs, will that put your business in a worse light by failing to do the same?

Definitely some interesting food for thought either way.

You can read the full Facebook ‘Why Businesses is the New Normal’ report, which includes a range of additional messaging insights, here.