On the day that Twitter has launched its long-awaited Ads Transparency Center, Facebook has also released pretty much the same thing, providing new insights into the ads being run by any Page, at any given time.

“Today we’re making significant steps to bring more transparency to ads and Pages on Facebook. Giving people more information about any organization and the ads it’s currently running will mean increased accountability for advertisers, helping to prevent abuse on Facebook.”

As you can see from the video, there are two elements to Facebook’s advertiser insights. 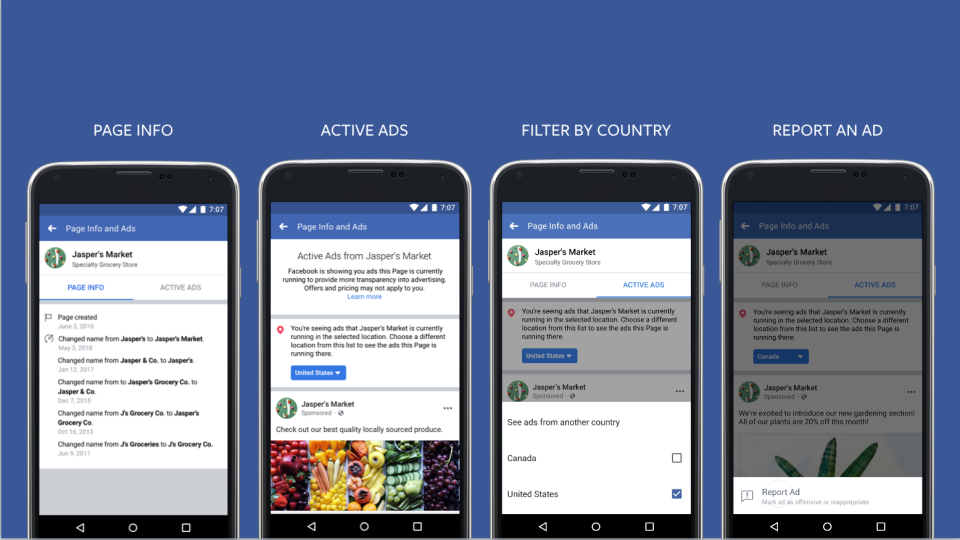 That provides a new research resource for social media marketers – now, you’ll be able to view all the ads being run by competitors, and get a better understanding of how they’re looking to boost appeal to their Facebook audience.

But the main impetus of the new transparency tools is to provide more insight into how political advertisers are using social platforms to manipulate voter opinion, and promote certain candidates as a result.

If you haven’t heard, Facebook has come under intense scrutiny over how Russian-backed operatives and activist groups used the platform’s ad tools to target voter groups in the lead-up to the 2016 US Presidential Election.

And the focus on Facebook, in particular, is justified – Facebook itself has previously detailed how its platform could be used to influence election outcomes, and with 2.2 billion users and growing, it’s impossible to deny The Social Network’s potential power in this regard.

The challenge now is to educate the public as to how such tools work, and when they should be looking deeper into potentially manipulative ads – for example, this is one of the Facebook ads which was run by a Russian-backed group. 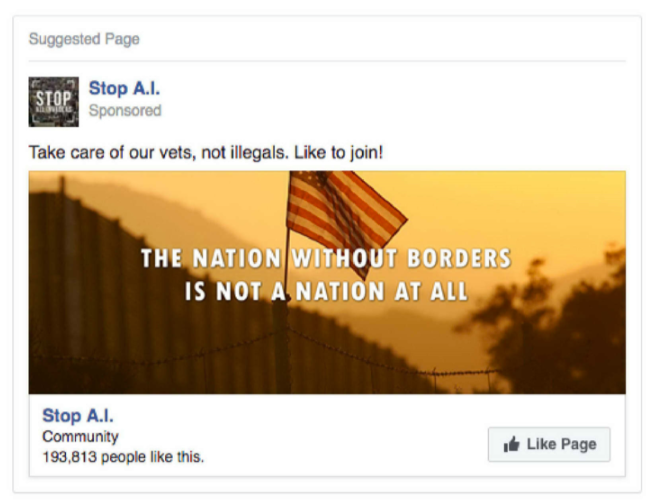 It doesn’t immediately raise a red flag, and like this example, many of the ads run by such groups are not overt, with the messaging more nuanced and designed to trigger specific reactions. As you can see from the above video, in order for these latest tools to be effective, a user needs to click through to the advertisers’ profile, then tap on the new ad info tab.

Will people do that? Will such questionable ads be obvious enough to raise relevant questions?

Of course, that’s almost an aside – Facebook looks to be doing all it can to help catch out such misuse. Aside from its ad transparency tools, Facebook’s also implemented new restrictions on ‘issues’ ads (which have lead to headaches for various groups), while they’ve also added labels to flag political material, among other measures. 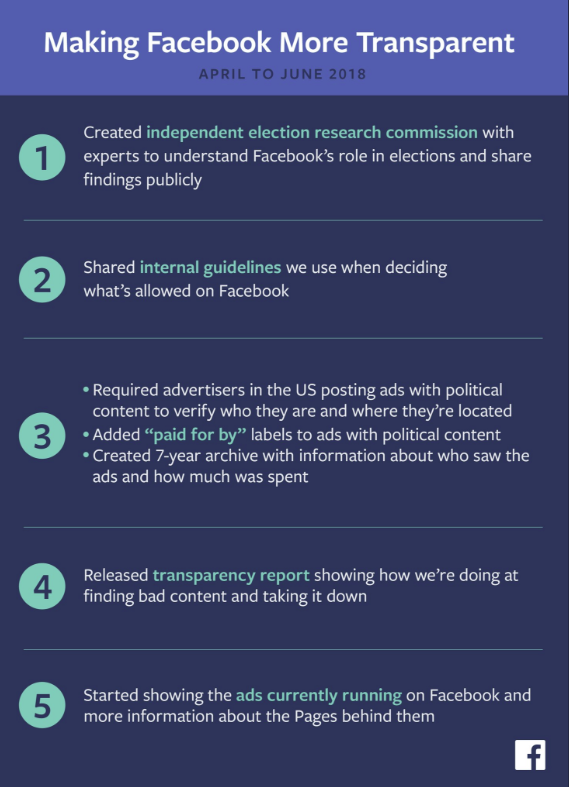 Facebook’s also expanding its political ads labeling and archive to Brazil, ahead of that nation’s general election in October, with more regions to follow, broadening the platform’s access.

It’s a new challenge, battling information warfare via social, one that we’d not witnessed at such a large scale until the 2016 US Presidential Election, but given the rising prevalence of social media as a communications tool, it makes sense that the medium would be targeted for such purpose.

And Facebook is taking it seriously. While it’s not a solution, and political activists will adapt and switch tactics in response, the measures show that Facebook’s working to address such concerns, in both a proactive and significant way.