Facebook Publishes New, In-Depth Report on the State of Video Consumption in Australia

As video consumption behaviors shift, its fairly clear that traditional broadcasters are in a steady decline, and that online platforms and 'on-demand' options are taking up more space in the video market. That's important for marketers to note, as it can provide a whole new range of opportunities to reach large audiences, without the traditional costs associated with a TV ad campaign.

But how significant is the video consumption shift, and what do marketers really need to be aware of in this process?

That's what Facebook sought to find out with its new report. In order to establish the true significance of the changing tide of modern video consumption, Facebook commissioned PwC to conduct an extensive research report on viewing habits in Australia, and where attention is shifting.

And while Australia is a relatively small market on a global scale, the habits and behaviors are likely reflective of most western nations.

And there's a heap to take in - here's a look at some of the key findings.

First off, the report provides an overview of the Australian video landscape, and how that differs by demographic: 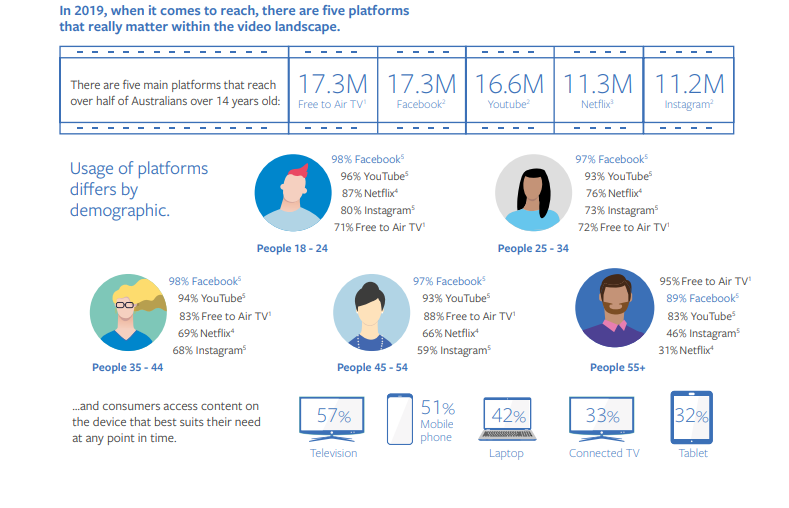 As you can see, in terms of relative attention, online providers fare particularly well - however that's not a direct comparison when it comes to promotion, given that traditional TV outlets have ad breaks built-in, which consumers are more used to sitting through. On Netflix, there are no ads (for now), while on Facebook, Instagram and YouTube, ads are either skippable, and/or limited to minimize disruption. So while they may hold attention, they are not as lucrative for advertisers. But that might not matter, considering the significance of the shift.

In terms of what people are watching on each, the report highlights which platforms hold the lead in each category.

Really, this is reflective of what you likely already know from experience - free-to-air TV has increasingly shifted focus to 'News and Current Affairs', 'Live Sport' and 'Reality TV' content, which is where it's maintaining its hold over online providers. Other categories are increasingly being eaten into by digital platforms - though even those in which free to air is holding court are now coming under fire.

Twitter and Facebook have both continued to seek avenues into live sports broadcasting, each in differing capacity, while Snapchat's 'Snap Originals' - some of which are reality TV type shows - have been performing very well with younger audiences. Facebook, too, is trying to re-boot the popular reality TV show 'The Real World', while all platforms have sought to try their hand at news and current affairs programs.

Essentially, it would appear that even these current strongholds are likely to come under threat - though at present, this is where free to air broadcasters are leaning. 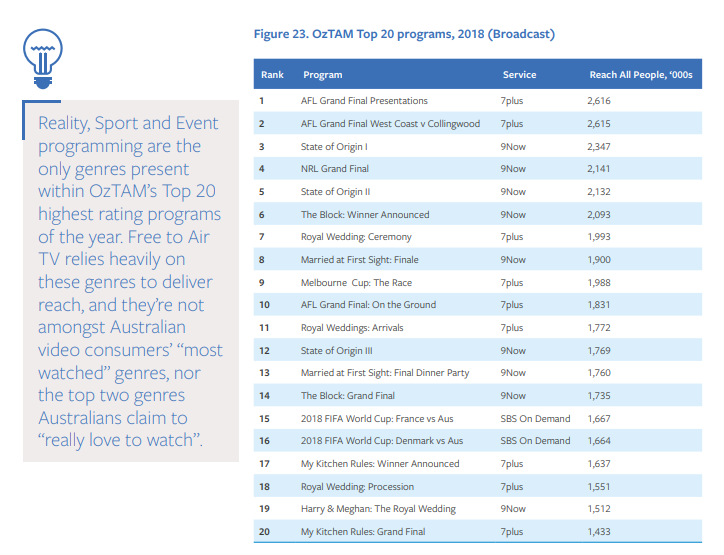 The report also looks at relative reach, based on audience - which, again, is not a direct comparison, but an interesting consideration for marketers all the same. 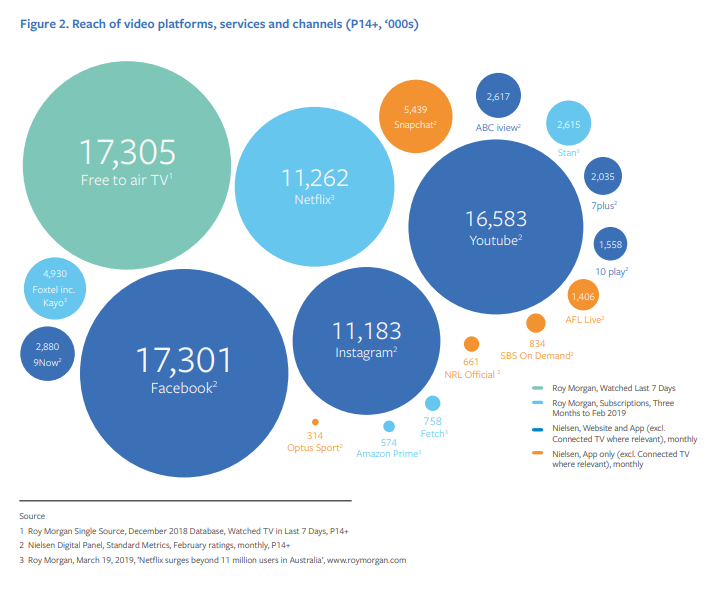 While there's also an overview of device usage for video consumption - which is largely as you would expect. 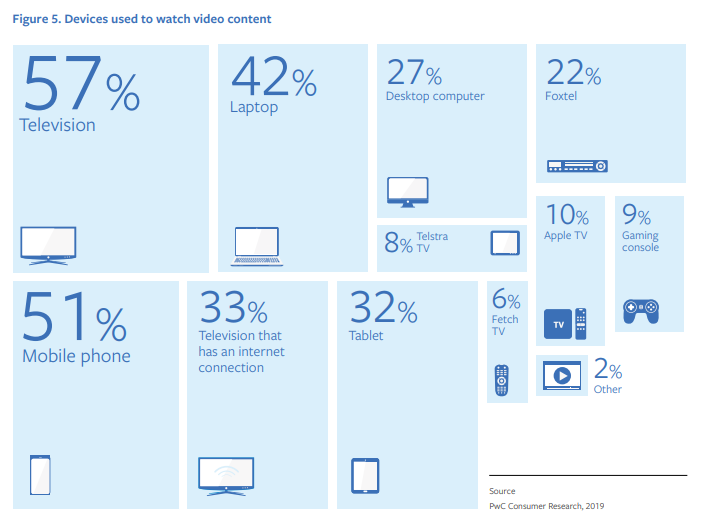 The traditional television set remains the leader - which is not surprising, though it is interesting to note the various other options, and how they're growing in usage over time.

And those habits also change based on the time of day - the report also highlights the most popular platforms at different stages. 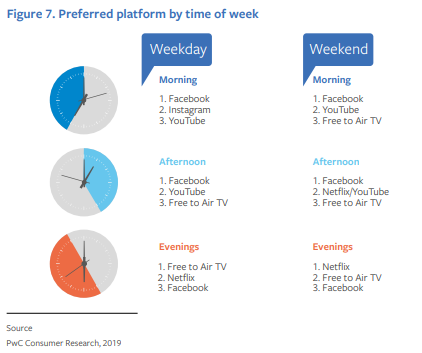 Looking to reach your audience on a Thursday afternoon? Facebook may be your best bet.

Additionally, there are notes on how long people are spending on each platform, based on self-reported estimates. 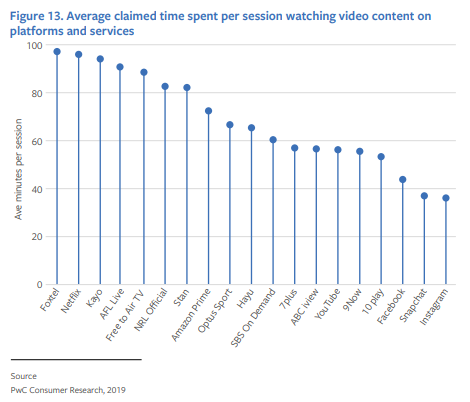 As you can see, there's a heap to take in here, a heap of valuable insights for digital marketers - and each of these categories is broken down by demographic, and beyond in the full 52-page report.

If you're a marketer in Australia, or are looking to reach the Australian market, it's definitely worth a look - while for others, it may provide some indicative estimates around similar trends in your own region.

Either way, it's an informative read - you can download the full report here, and read more about Facebook's recommendations based on the findings in this blog post.