It's gotta' be a tough time in Facebook PR right now.

While The Social Network is keen to promote reports looking at how much money its fundraisers have raised and how well it's doing in detecting offensive content before people see it, the narrative around the company this week has been dominated by a damning New York Times report, which is highly critical of its actions in dealing with political interference and manipulation.

Because of that broader discussion, stories like this will get less focus, but Facebook has this week also sought to highlight just how good its machine learning systems are getting at detecting and removing offensive content, normally before anyone even sees it.

And they are getting very good - as per Facebook: 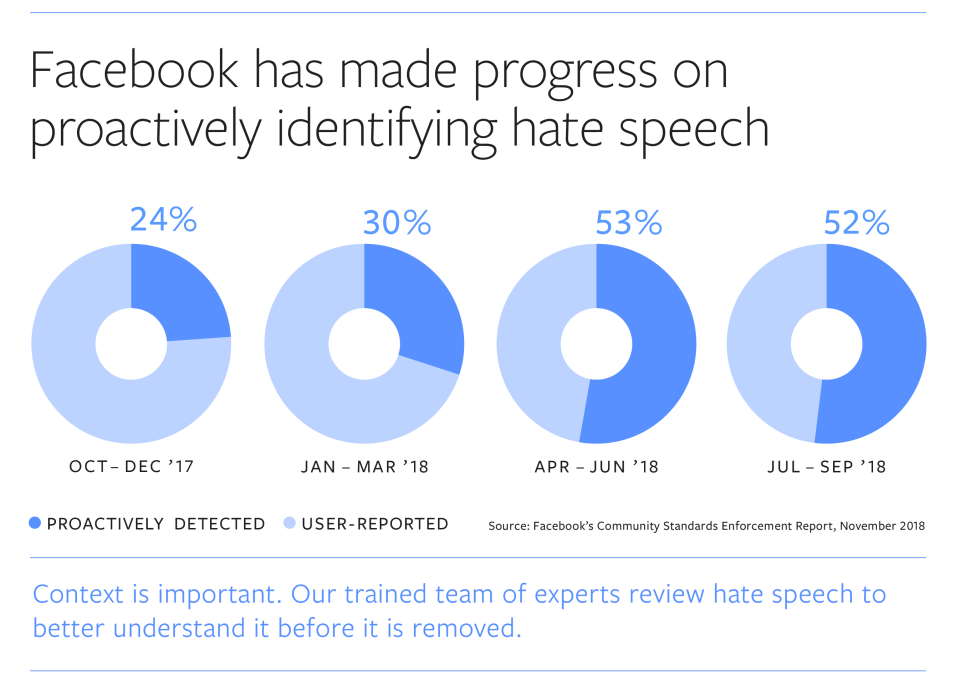 Those are strong results, and lead to a much better, and safer, user experience. But amid broader discussion around how Facebook itself has failed to protect its users, and has sought to benefit from their data, it's hard to see this being viewed in a positive light.

But the data does show that Facebook's AI detection systems are getting very good at eradicating such material - look at this chart on their improvement in performance in detecting posts depicting graphic violence. 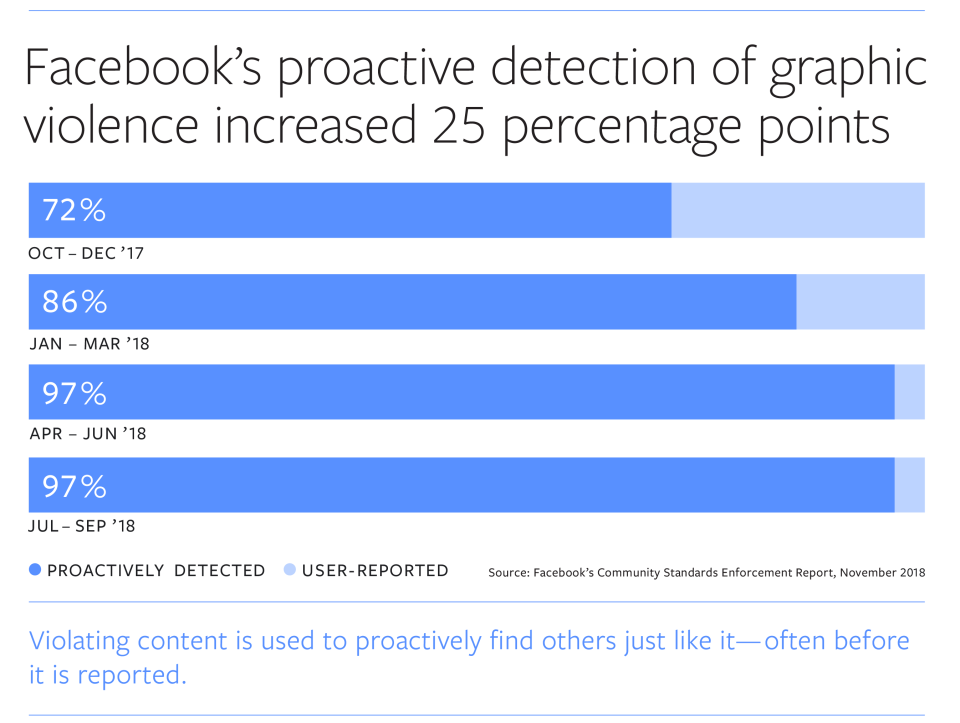 Of course, these are self-reported - its hard to know, definitively, how this is truly measured. But the stats do show that Facebook's doing more to shield users from unsavory, and disturbing material - and if they can do that without having to push the same onto human moderators, many of whom are left mentally scarred by such process, all the better.

Some other key points of note:

These are very strong results for Facebook's AI detection tools, and all work to improve the platform - while the lessons learned in their development could also help other platforms to provide similar protection.

Much of this will be lost in the broader discussion and skepticism over Facebook's real motives, but the numbers do show positive signs for the future of content detection and removal. That's not to minimize the criticism of Facebook's actions as detailed in The NY Times story, but there are other aspects where The Social Network is making positive progress.