Hey, you know how no one uses Facebook Stories, how that bar of Stories at the top of your News Feed is always just a set of faded, greyed-out images of your friends, inadvertently representing the ‘ghost town’ that Facebook Stories has become?

Yes, despite the seeming insistence of Facebook, Facebook Stories just hasn’t caught on the way Instagram Stories has - but that may be changing. This week, Facebook has published the first official numbers on Facebook Stories use - and they’re likely better than you expect.

Facebook says that Facebook Stories now has 150 million daily active users, which they define as anyone who’s opened a Story on Facebook (within the app or on desktop).

For context, that means that the current state of social stories – which Facebook says is the future of social sharing – is this: 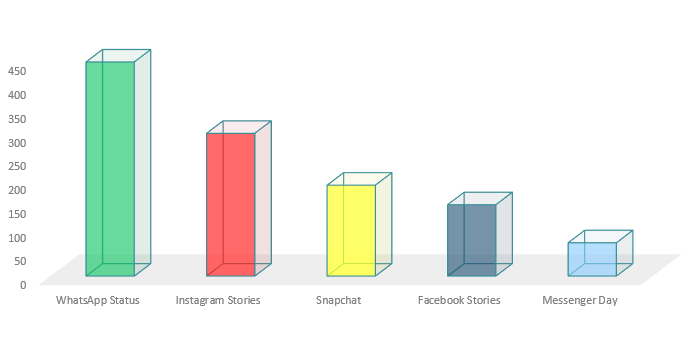 It’s possible that Messenger Day shouldn’t be listed here – Facebook reported Messenger Day usage numbers last September, but then announced the merging of Facebook Stories and Messenger Day two months later, so you’d think those figures would now be intertwined. But still, the scope of the problem is fairly significant for Snapchat – and that 191 million users isn’t even just Stories viewers, that’s Snap’s entire user base, full-stop.

It’s fairly clear that Facebook now owns social stories, the format that Snap pioneered. As noted, several Facebook executives – including Mark Zuckerberg – have said that Stories are the future of social interaction, and will soon overtake the News Feed as the most popular social sharing option. According to Facebook, that’s set to happen sometime this year – though, cumulatively, there still seems some way to go on that front, with these figures indicating that a total of 970 million people across Facebook’s family of apps are currently interacting with Stories daily.

For context, Facebook alone has 1.4 billion daily active users, so it’s not quite at that level – but still, if you account for time spent, which we don’t know, that may be where Facebook is pointing. Stories are more engaging, more immersive, and provide more opportunity for people to truly share the moment. But there may be another reason for Facebook’s Stories insistence.

While Facebook Stories may not appear to have caught on as well, where Stories has proven popular is among younger users. With the popularity of the format on Snapchat and Instagram, Facebook may well see that as indicative of the next major shift, as virtually every social media trend has first gained momentum among younger users. As those users get older, and more people catch on to such trends, they become more pervasive. So while Stories may not be igniting on Facebook like they are on Instagram, it’s likely only a matter of time, which Facebook probably well knows.

The evolution of Stories also enables Facebook to better showcase their latest tech advances, with new, immersive options like virtual masks, filters, and even now 360 images. 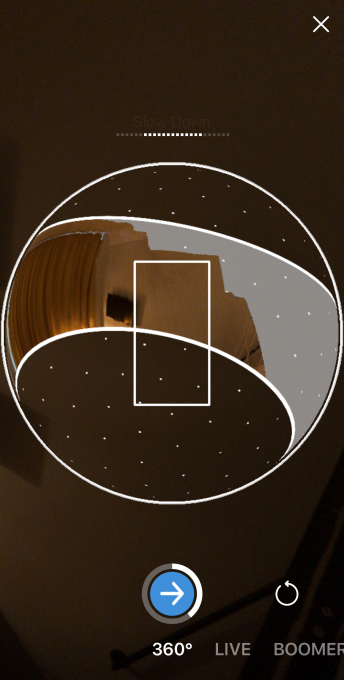 Facebook knows that it needs to continue to innovate on this front to fend off competitors, and the Stories format better enables this - which, again, may be why the company is so keen to keep pushing Stories use, despite lesser interest within their main app.

Basically, Facebook knows that innovation is crucial. It could just ignore Stories within its main app, but that would mean letting Facebook potentially become a lesser consideration. You have Stories in Instagram, you do your professional networking on LinkedIn, Facebook is for more specific video and text updates to family and friends. By compartmentalizing the use of each app, Facebook itself could run the risk of obsolescence, so they likely need to push some features, like Stories, to broaden perception.

Either way, the numbers indicate that Facebook Stories use is on the rise. Slowly, sure, much slower that Stories have risen on Instagram and WhatsApp, but growing nonetheless.

Their next big move on this front will be ads in Stories – at their recent F8 conference, Zuckerberg noted that they need to be very careful with their integration of ads, so as not to slow the adoption of Facebook Stories.

As reported by TechCrunch, Facebook is now testing its first Facebook Stories ads, with 5 to 15 second, skippable spots now appearing for some users. 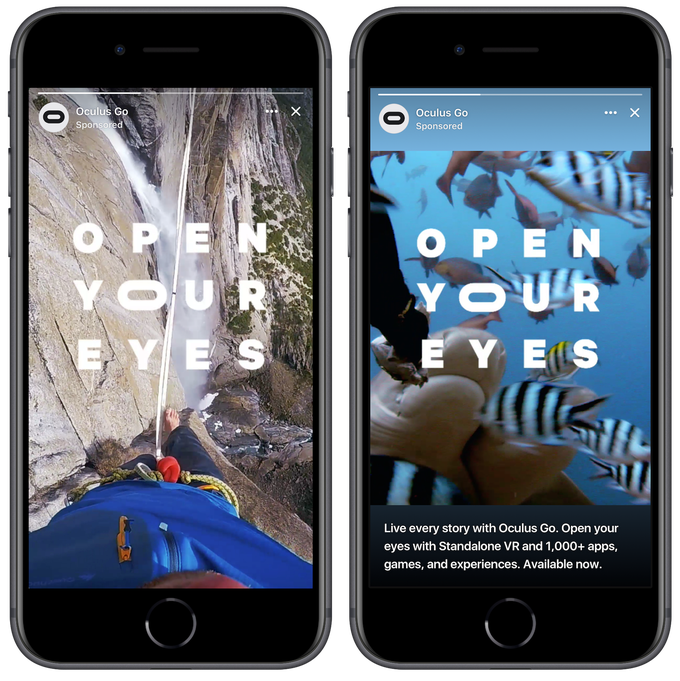 As you can see, there are no click-through or call-to-action buttons on these as yet, but they will be coming soon. Advertisers can also extend their Instagram Stories ads to Facebook Stories, or choose Stories placement for their regular News Feed ads and Facebook will automatically format them with colored borders and text at the bottom (as shown in the image on the right above).

It’s interesting to watch the progression and development of Stories, and it’s important that marketers consider the potential of the format, given both the focus (from Facebook) and growth - even if it seems less popular than other options.

What is important to note is that Facebook Stories still occupy very prominent screen real estate, and their usage is rising. As Facebook Stories are seen less and less as a distraction, and more and more as a viable, even interesting, option, their value will continue to increase.

Facebook’s clearly putting more focus on Stories for a reason. It may be worth giving the option more of your attention.