Remember how, back in April, Facebook got caught out when some users noticed that previously sent messages from Facebook executives had mysteriously disappeared from their inboxes?

People were like 'hey, how come you can do that and we can't?' and Facebook quickly tried to save face by announcing that, soon, all users would be able to do the same. But then nothing happened, no announcement was forthcoming in regards to an 'unsend' tool.

As first reported by TechCrunch, Facebook is now rolling out its 'unsend' feature to Messenger users in Poland, Bolivia, Colombia, and Lithuania, in both iOS and Android versions of the app. 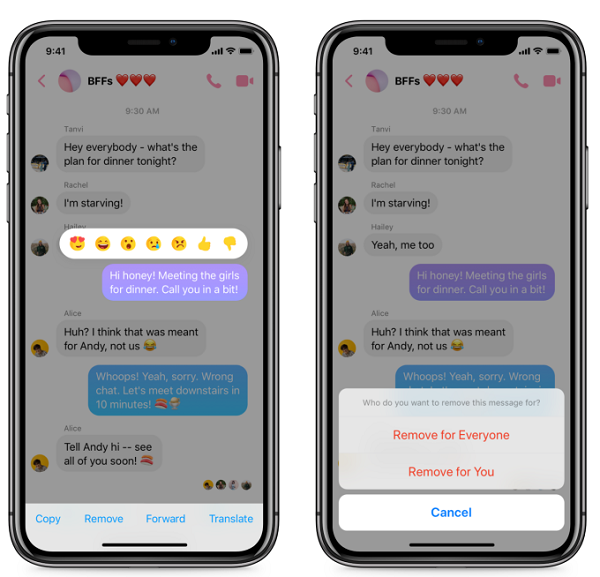 According to Facebook, the option took some time to develop, as they had to change the back-end functionality of the app, but they've now developed a process which will enable users to remove messages they've sent within 10 minutes of sending, so you can correct mistakes.

"Facebook settled on the ability to let you remove any kind of message - including text, group chats, photos, videos, links, and more - within ten minutes of sending. You can still delete any message on just your side of the conversation, but only messages you sent can be removed from their recipients. You can’t delete from someone else what they sent you."

To use the option, users will be able to tap and hold on any message they've sent within the ten minute window. When you do, two new options will show up - 'Remove for Everyone' or 'Remove for you', the latter being the delete capacity you've always had, and the former being the option to remove your message from the recipients' inbox.

Worth noting too that Facebook will keep any deleted messages for a short time in case they're reported, which will ensure that trolls can't just send whatever they want, then delete it with no recourse. 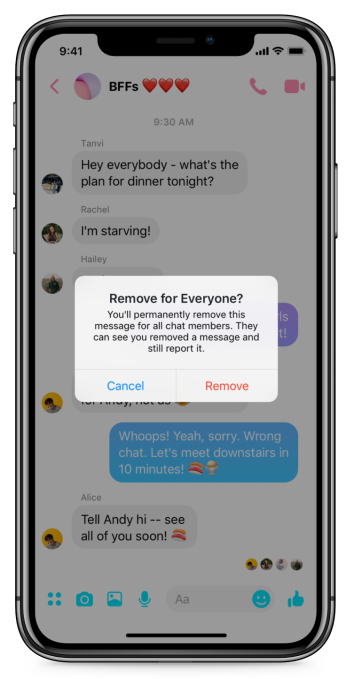 It's not exactly the same as what Zuck and Co. have - or had - at their disposal, but it does add an extra level of control to your Messenger interactions, with the capacity to avoid clumsy mistakes and errors. According to Facebook, the majority of usages of the current delete function occur because of mistakes, which is why they felt the ten-minute edit window made sense. Facebook's also looking at a broader-reaching deletion capacity, but it would take more development, and may not be available for some time yet.

So to clarify - now you can edit your Facebook, Instagram, Pinterest and LinkedIn posts, and you can 'unsend' your messages in both Messenger and Snapchat within certain parameters. But you can't edit tweets.

Just a quick aside to the Messenger announcement.